Young mother who helped raise $50,000 so cancer-surviving couple could get married is now struggling to pay for her own treatment after being diagnosed with a stage four tumour – as she shares the crucial symptoms she missed

When Megy Gough rallied 30 vendors to gift a $50,000 wedding to a couple who survived cancer, she had no idea just two years later she would be battling the same devastating disease.

In November 2019 the Gold Coast hairdresser was diagnosed with stage 4 bowel cancer after brushing off occasional stomach pains and fatigue as a sign she was just overworked.

The disease had already spread to her liver and lymph nodes, giving her a prognosis of just three to five years to live, with doctors declaring her cancer ‘inoperable’.

But the mother-of-one is determined to watch her four-year-old daughter, Harper, grow up. 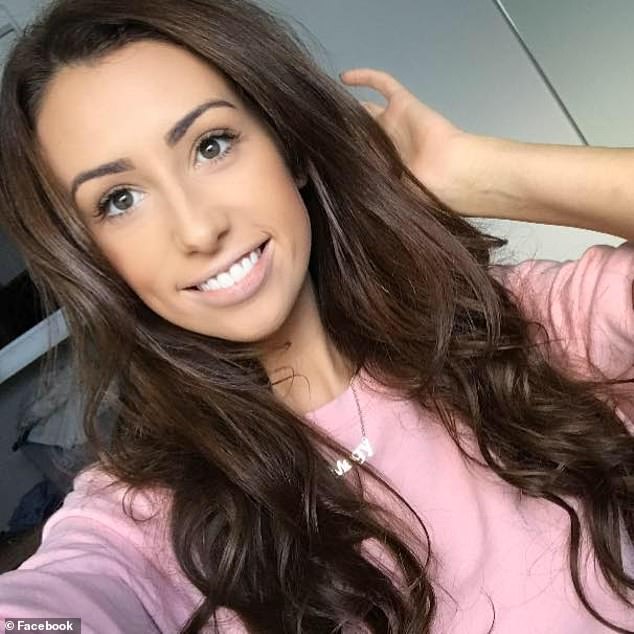 Megy Gough, 31, (pictured) was diagnosed with stage four bowel cancer in November 2019 after brushing off her symptoms – occasional stomach pains and fatigue – as exhaustion

‘My heart breaks at the thought of not being able to watch her grow up to be the woman that we’re raising her to be. But, for her I know I have to fight this disease,’ Mrs Gough told the Gold Coast Bulletin.

As the 31-year-old straps in for the fight of her life, her family are struggling to make ends meet as they pay for her treatment, with husband Justin unable to work as they care for their little girl together.

The couple, who lost their jobs at the beginning of the Covid-19 pandemic, are desperately trying to fund integrative oncology, which is not covered by Medicare and will cost more than $50,000.

Although doctors say it won’t cure her disease, it will buy her time – but the little money they have has to go towards putting food on the table.

Just four years ago after her business The Style Room enjoyed a successful first year, Mrs Gough decided to give back to the community and help a cancer-stricken couple. 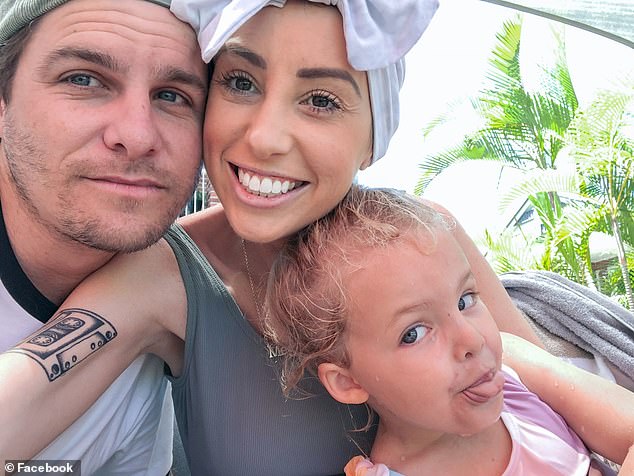 She mustered dozens of vendors to donate their services for a $50,000 wedding as a present for Rebecca Limb and Matt McLean, who later became her friends.

‘After the wedding I was providing her with assistance around growth shampoos, to help with her hair regrowth after her chemotherapy. Now the tables have turned. I could never have imagined that I would be walking down the same tough road though just a couple of years later,’ she said.

In the midst of working on her new business, Mrs Gough said she missed the key signs something was wrong with her health – putting her symptoms down to exhaustion.

She made her health a ‘last priority’, delaying a doctors visit for six months thinking it was unimportant and could be dealt with later – a decision she says is the ‘biggest regret of her life’.

After her diagnosis, Mrs Gough underwent 17 rounds of chemotherapy after she could not find any doctors in Queensland willing to give her surgery.

She eventually found a Sydney doctor to take on her case, who gave her a peritonectomy in August to remove half of her bowel and 75 per cent of her liver, gallbladder, appendix and stomach lining. 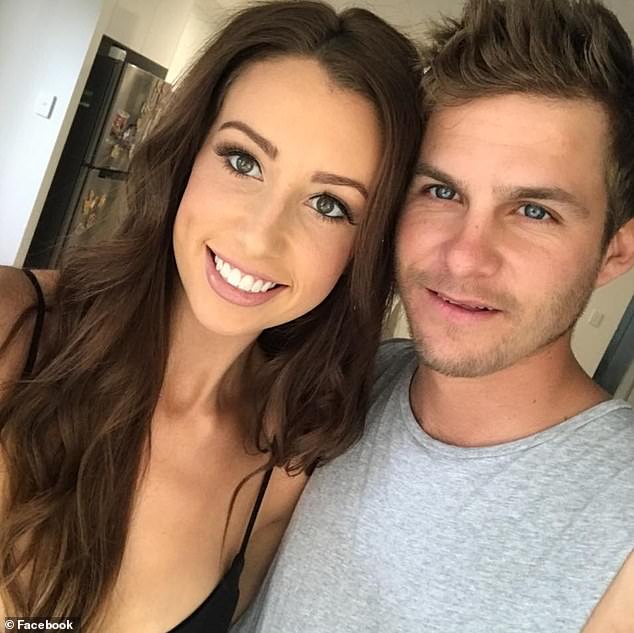 But the family received more devastating news just months later when two nodules found in a scan had become active and cysts on her ovaries were determined to possibly be cancer.

Her gruelling treatments continued into this year, with the young business owner undergoing surgery last month to remove spots on her lungs.

She ended up in an induced coma for five days with liver failure and a collapsed lung due to surgery complications.

Despite the harsh physical effects of treatment, Mrs Gough remains positive and is set on doing all it takes to give her more time with her family.

While she has always found it difficult to ask for help, her sister has set up a GoFundMe page to help the family through their financial hardship.

‘I’ve always struggled and hated asking for help. I would prefer to help. But I realised you either ask for help or you could potentially never see your daughter grow up.’