Warning to gawkers not to jump in boats and kayaks to explore flooded areas as couches, fridges and debris from destroyed houses threatens to smash them into the water

Curious thrill seekers are urged not to jump into boats or kayaks to explore flooded areas as they risk being killed by loose debris.

Couches, fridges, and other debris from destroyed houses have been spotting floating around flooded areas in NSW after five days of heavy rain.

With several warnings in places, rescue workers had to urge people not to jump into boats or kayaks and gawk at flooded areas. 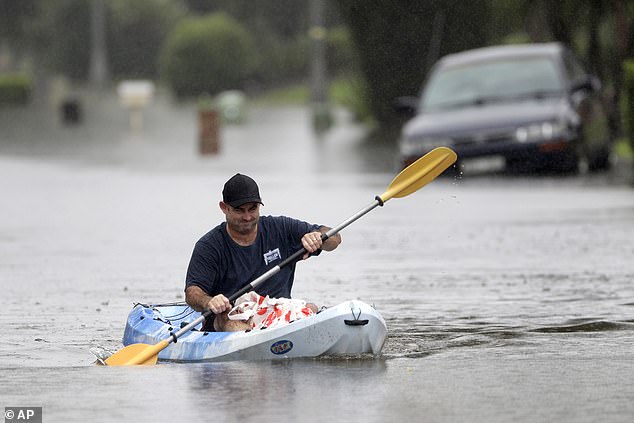 Ben Deller paddles down a flooded street in a kayak loaded with groceries for his family in Windsor, northwest of Sydney, New South Wales, Australia, Tuesday, March 23 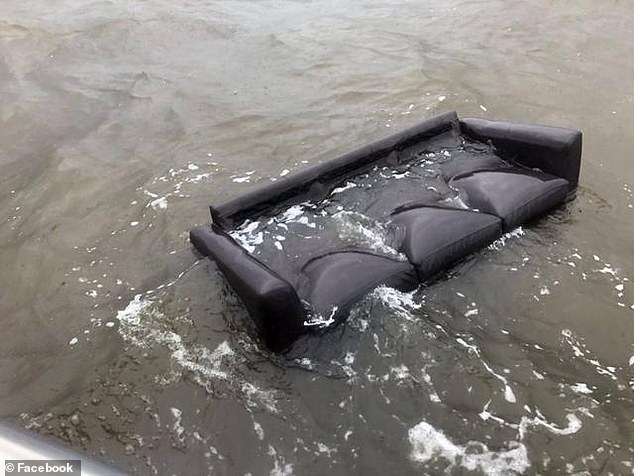 Couches, fridges and debris from destroyed houses have been spotting floating around flooded areas in NSW

‘We urge people to cease all non-essential boating activity while fast moving and potentially deadly debris is flowing through large areas of the NSW river systems and waterways,’ NSW Maritime said.

It shared photos online of a couches and fridges floating in the water which could pose serious risk to those in the way.

‘The clean-up work will start once the hazardous conditions have eased,’ it said.

A police helicopter was forced to monitor four people kayaking for leisure in flooded waters at Glenbrook Gorge on Monday. 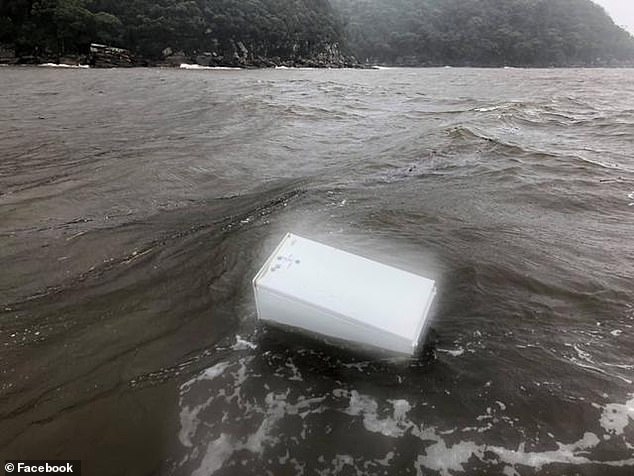 After a while, the helicopter was forced to stop monitoring the group to attend to more ‘urgent’ cases.

‘Although the group could not be stopped and spoken to, police remind people that if you are caught undertaking a dangerous activity in a closed section of the National Park you will be prosecuted,’ local police said in a statement, 7News reported.

NSW has been battered by heavy rains for five days and are set for some reprieve on Wednesday.

Temperatures are expected to reach a warm 27C and the sun is expected to shine throughout the day.