Friendly sheep ‘Ralphred’ is spotted playing fetch with his canine friends Finn, Pepper and Luna – but he’s missing a crucial element of the game

A playful sheep has displayed his inner farm dog during a game of fetch with three canines but unfortunately can’t pick up the ball with his tiny mouth.

The sheep, known as Ralphred, was filmed by his owners chasing a ball with his three friends in Braidwood, rural New South Wales. 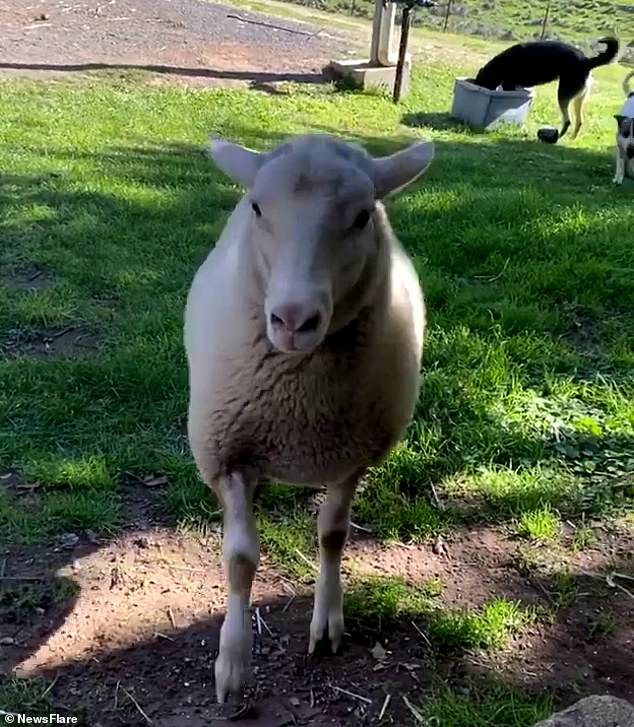 Born as a sheep, Ralphred acts just like a dog when a game of fetch begins

‘My dogs Finn, Pepper and Luna love to play fetch with Ralphred and all four of them became very good friends,’ she told Newsflare.

Ms Gilbert and her son laugh hysterically in a recently uploaded video where Ralphred displays his unusual behaviour, bolting after the dogs.

‘Slow down mate!’ She says as the herd come racing down the hill towards them. 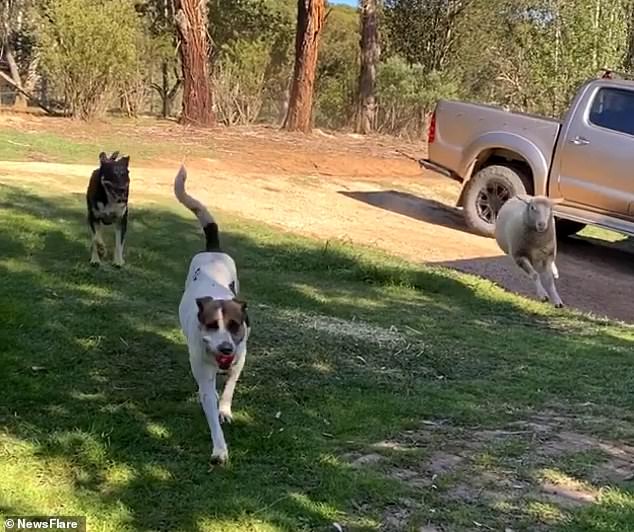 Ralphred seemingly loves the game as he enthusiastically chases after the ball, jumping happily as he chases the other dogs.

Ms Gilbert said that Ralphred would often try to take part in the games but his narrow mouth means he can’t pick the ball up.

‘He used to try all the time but unfortunately his mouth isn’t made for it.’

Ralphred the sheep-turned-dog is a family favourite, said Ms Gilbert.

‘He is the best lamb we’ve ever had.’ 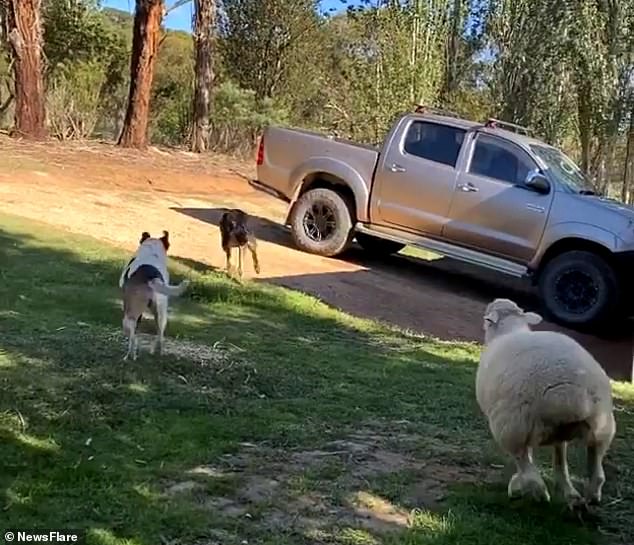 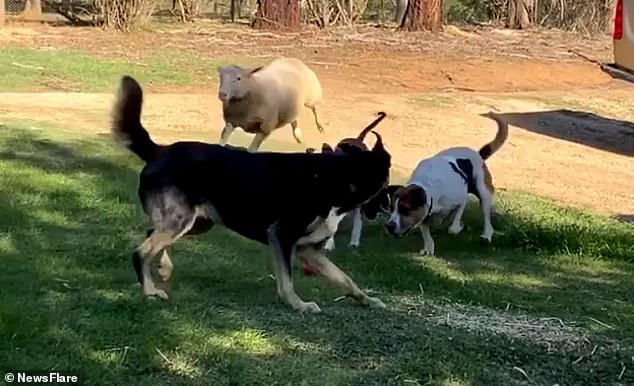 ‘Slow down mate!’ Ms Gilbert says as the herd race back towards them