A man was tackled to the ground by police after he jumped out of his car and ripped a large banner from the hands of climate change protesters.

Dennis Huts, the former head of the Perth chapter of the United Patriots Front, was later charged with several offences over the incident in the city’s CBD on Tuesday.

The 52-year-old had stopped at a red traffic light on Wellington Street as Extinction Rebellion protesters stood in the middle of the road holding the banner which was emblazoned with ‘climate and ecological emergency’.

Video footage shows a viably angry Mr Huts got out his car and approached the protesters while yelling ‘Get out of my f**king way’ and furiously shaking his finger, before grabbing the banner and walking to the side of the road. 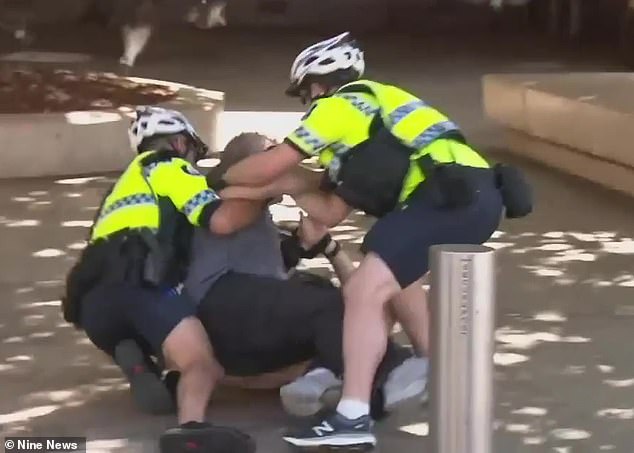 Dennis Huts, the former head of the Perth chapter of the United Patriots Front, was tackled to the ground by police (pictured) after he ripped a large banner from the hands of climate change protesters 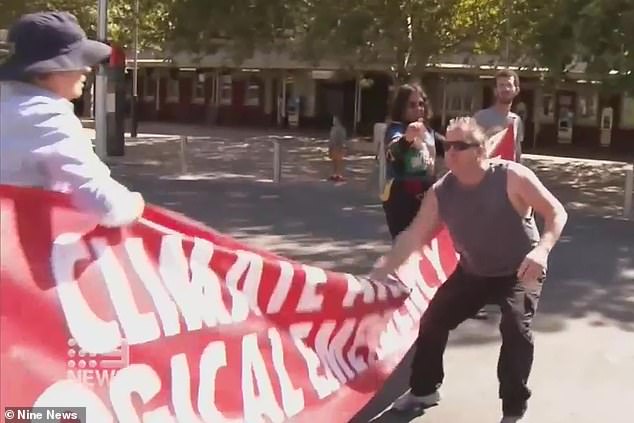 Several police officers who were keeping a close watch on the protest quickly pounced on Mr Huts, telling him ‘you’re under arrest’.

Mr Huts was dragged to the ground by officers as he demanded ‘why don’t you f**king deal with them?’.

He was bundled into the back of a police van while surrounded by five cops. One officer suffered a serious knee injury during the arrest.

He told Nine News he had no issue with protesters but took umbrage at them blocking traffic.

‘I’ve been involved in activism myself – conservative activism. So I support all of that,’ Mr Huts said. 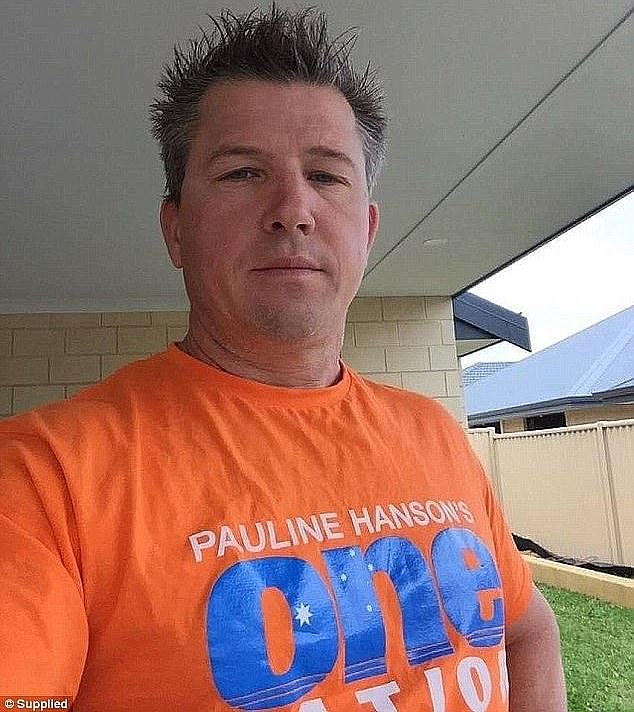 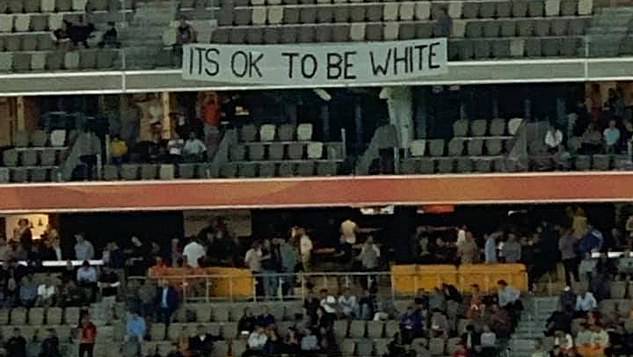 In Jnauary 2019, Mr Huts revealed he unfurled a controversial ‘It’s OK to be white’ banner at Perth Stadium (pictured) to protest attacks against Australia Day

‘What I don’t support is people stopping other people from going about their lawful business.’

In January 2019, Mr Huts outed himself as the man behind a banner reading ‘it’s OK to be white’ which was unveiled in front of thousands of fans at a Big Bash cricket game.

The One Nation supporter said he and a group of others left the sign hanging on the stands to ‘protest against the on-going attacks by the progressive left establishment’ as he urged Australians to ’embrace the glory of colonisation’.