Senator Bernie Sanders on Sunday hit back at SpaceX CEO Elon Musk after the world’s second richest man said he was accumulating his wealth to one day realize his vision of humans colonizing Mars.

‘Space travel is an exciting idea, but right now we need to focus on Earth and create a progressive tax system so that children don’t go hungry, people are not homeless and all Americans have healthcare,’ the senator from Vermont and former presidential candidate tweeted on Sunday.

‘The level of inequality in America is obscene and a threat to our democracy.’

Sanders was reacting to a tweet by Musk who posted in response to the senator’s criticism of him and Amazon CEO Jeff Bezos last week.

On Thursday, Sanders, the left-leaning senator who has argued for higher taxes on the rich, blasted Musk and Bezos, the world’s second richest man, for income inequality in the United States. 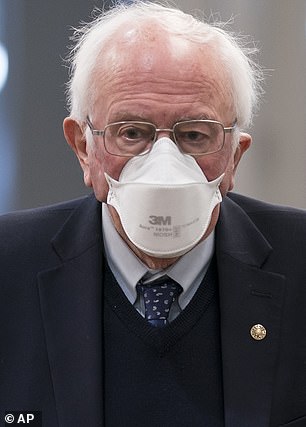 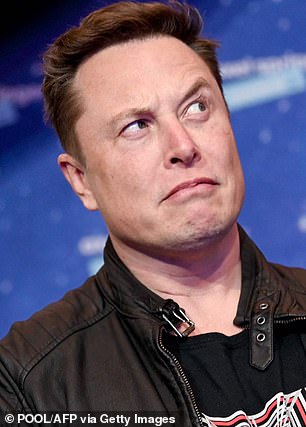 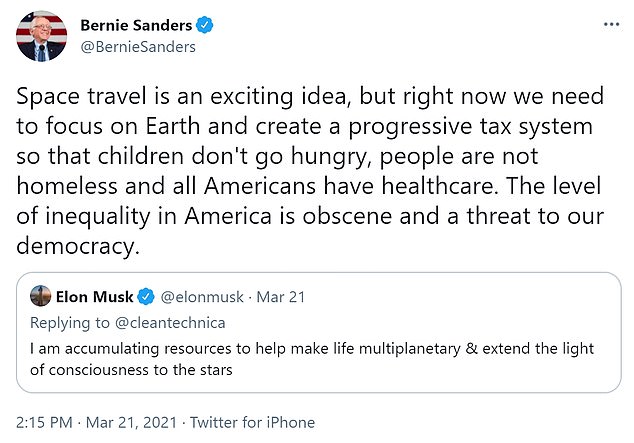 ‘Space travel is an exciting idea, but right now we need to focus on Earth and create a progressive tax system so that children don’t go hungry, people are not homeless and all Americans have healthcare,’ the senator from Vermont and former presidential candidate tweeted on Sunday. ‘The level of inequality in America is obscene and a threat to our democracy.’ 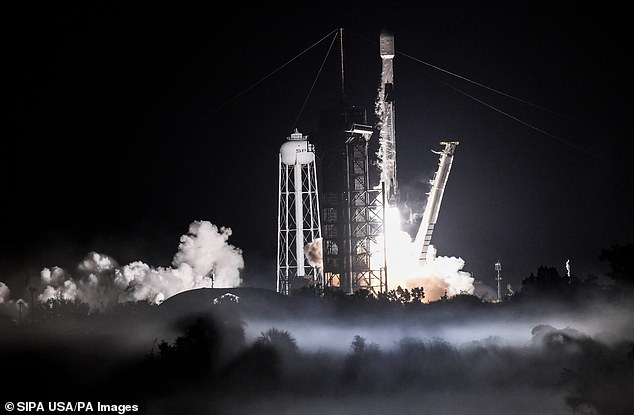 The image above shows a SpaceX Falcon 9 rocket lift off from Kennedy Space Center on March 14. Musk is working to develop technology that would transport humans and cargo to the moon and Mars

‘We are in a moment in American history where two guys – Elon Musk and Jeff Bezos – own more wealth than the bottom 40% of people in this country,’ Sanders tweeted on Thursday.

‘That level of greed and inequality is not only immoral.

On Twitter, Musk responded to CleanTechnica’s story, writing on Sunday: ‘I am accumulating resources to help make life multiplanetary & extend the light of consciousness to the stars.’

That tweet prompted Sanders to respond a short time afterward.

According to Forbes, Musk has the second largest net worth of anyone in the world. As of Monday, the Tesla CEO was said to have a fortune worth $168.9billion.

On Thursday, Sanders, the left-leaning senator who has argued for higher taxes on the rich, blasted Musk and Bezos, the world’s second richest man, for income inequality in the United States. The news web site CleanTechnica wrote an article criticizing Sanders and defending Musk, saying that attacks on the electric car mogul’s wealth ‘are truly ridiculous.’

The world’s richest man is Bezos, who is said to be worth $182.4billion.

Musk derives most of his wealth from the stock performance of his electric car maker, Tesla.

But he is also the founder and CEO of SpaceX, which in recent weeks has launched test flights of a futuristic rocket, Starship, which he hopes will one day transport humans and cargo to the moon and Mars.

Last month, Musk revealed an ambitious plan to get humans on Mars by 2026 – seven years before NASA aims to land astronauts on the Red Planet.

Speaking on the audio-only Clubhouse app, the SpaceX founder told the Good Times Show his goal was to establish a self-sustaining Martian civilization.

The ambitious deadline gives him five and a half years to get the massive Starship spacecraft off the ground, but there is a long way to go as the massive 160ft rocket is still at the prototype stage.

During the most recent test flight on March 3, the vehicle prototype soared flawlessly into the sky in a high-altitude test blast-off from Boca Chica, Texas, then flew itself back to Earth to achieve the first upright landing for a Starship model. 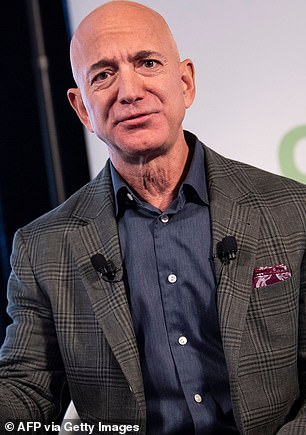 Bezos has faced criticism for Amazon’s labor practices during the coronavirus pandemic, including the ending of hazard pay for its frontline workers

But the triumph was short-lived.

Listing slightly to one side as an automated fire-suppression system trained a stream of water on flames still burning at the base of the rocket, the spacecraft blew itself to pieces about eight minutes after touchdown.

It was the third such landing attempt to end in a fireball after an otherwise successful test flight for the Starship, being developed by SpaceX to carry humans and 100 tons of cargo on future missions to the moon and Mars.

For Musk, the outcome was mixed news.

The Starship SN10 came far closer to achieving a safe, vertical touchdown than two previous models – SN8 in December and SN9 in February.

In a tweet responding to tempered congratulations from an admirer of his work, Musk replied, ‘RIP SN10, honorable discharge.’

A first orbital Starship flight is planned for year’s end.

Musk has said he intends to fly Japanese billionaire Yusaku Maezawa around the moon with the Starship in 2023.

Like Musk, Bezos also has ambitions to see humans extend their footprint beyond Earth.

Bezos’ Blue Origin company launched a new capsule into space in January to test all the astronaut perks before people strap in.

It’s also working on a bigger rocket, New Glenn, that would blast off from Cape Canaveral as well as a lunar lander for astronauts under NASA’s Artemis moon program.

Sanders and other progressive politicians like Senator Elizabeth Warren of Massachusetts have argued for increasing taxes on the wealthy in order to pay for social programs that would benefit poorer Americans.

During the pandemic, when millions of Americans lost their jobs while tens of thousands of businesses were forced to shutter, Musk and Bezos saw their respective net worth soar.

THE RICHEST MEN IN THE WORLD

The pandemic widened the gap between America’s rich and poor, with 40 per cent of upper-income households saying they are now in a better financial position than before, while 32 percent of lower-earning families say they are now worse off, according to a Pew Research Center report from earlier this month.

This is the second time in the last few weeks that Sanders has taken aim at one of the two richest men in the world.

The senator last week tore into Bezos earlire this month after he turned down an invitation to appear before a Senate hearing on income inequality.

Sanders said he asked the tech baron to appear at a committee hearing to discuss the union election being held at Amazon’s warehouse in Bessemer, Alabama.

‘It’s unfortunate Mr. Bezos won’t join our hearing. While he’s become $78 billion richer during the pandemic, families are struggling to survive, so why is he spending a whole lot of money to stop workers from organizing a union at an Amazon warehouse in Alabama?’ Sanders tweeted on Friday evening.

Although neither Amazon or Bezos has publicly released a statement regarding his attendance, the company confirmed to CNBC on Friday night that he would not be attending.

Sanders, as chairman of the Senate Budget Committee, also invited Jennifer Bates, who trains employees at Amazon’s warehouse in Bessemer, Alabama, where nearly 6,000 employees are in the midst of an election on whether or not unionize.

‘I say to Jeff Bezos, the richest person on the planet: what is your problem with Amazon workers organizing for better working conditions and better pay?’ Sanders tweeted on March 14.

‘You are worth $182 BILLION. You cannot continue to have it all when so many are struggling.’

Amazon has launched an intensive information campaign aimed at dissuading warehouse workers at the Bessemer facility from unionizing.

Company spokeswoman Rachael Lighty says the company already offers them what unions want: benefits, career growth and pay that starts at $15 an hour.

She adds that the organizers of the drive to unionize don’t represent the majority of Amazon employees’ views.

The BFR (Big F***ing Rocket), now known as Starship, will complete all missions and is smaller than the ones Musk announced in 2016.

The SpaceX CEO said the rocket would take its first trip to the red planet in 2022, carrying only cargo, followed by a manned mission in 2024 and claimed other SpaceX’s products would be ‘cannibalised’ to pay for it.

The rocket would be partially reusable and capable of flight directly from Earth to Mars.

Once built, Musk believes the rocket could be used for travel on Earth – saying that passengers would be able to get anywhere in under an hour.