What comes around! Florida ride operator attacks mom as she’s getting off Ferris wheel and is then beaten up by crowd in wild video

By Holden Walter-warner For Dailymail.com

Video has emerged of a wild fight that broke out between a mom and the operator of a Ferris wheel at a Florida flea market.

The brawl happened at the Opa Locka Hialeah Flea Market on Saturday night in Opa-locka.

Video shows a mother getting off the Ferris wheel and quickly exchanging words with the operator of the ride.

It’s not clear what she says, but the carnival ride employee is seen physically attacking her, at one point nearly stepping on one of her children. 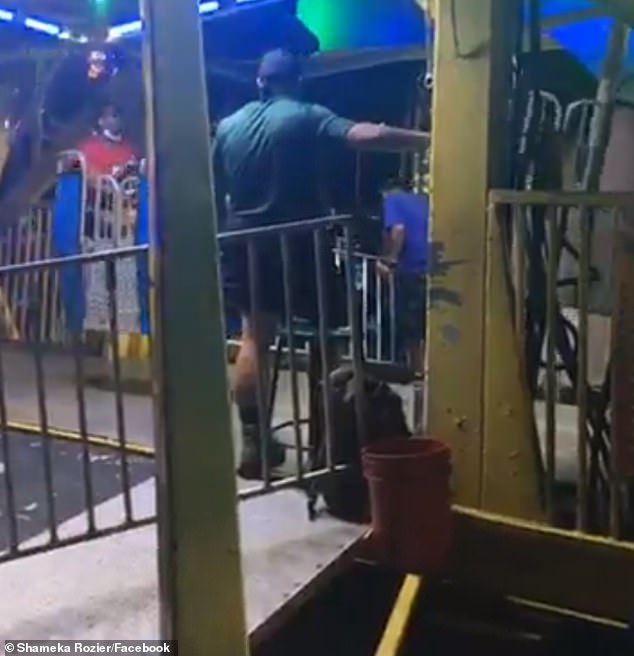 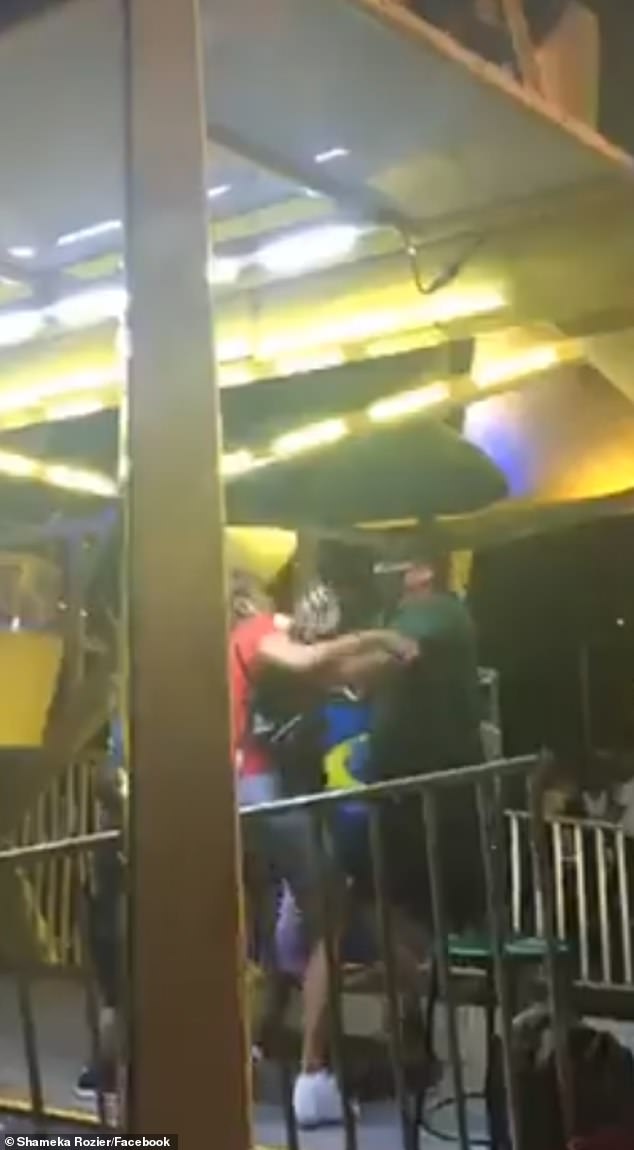 As they fight, footage shows a crowd of people jumping over a barrier around the ride, and throwing punches and kicks, seemingly at the Ferris wheel operator.

At some point during the fight, the Ferris wheel starts moving again, with the onlooker accusing the operator of not allowing people to get off and speeding up the ride.

Another employee managed to stop the ride before it flew further out of control.

A video of the moments directly before the fight seem to show the Ferris wheel operator shoving a child and confronting a fellow employee. 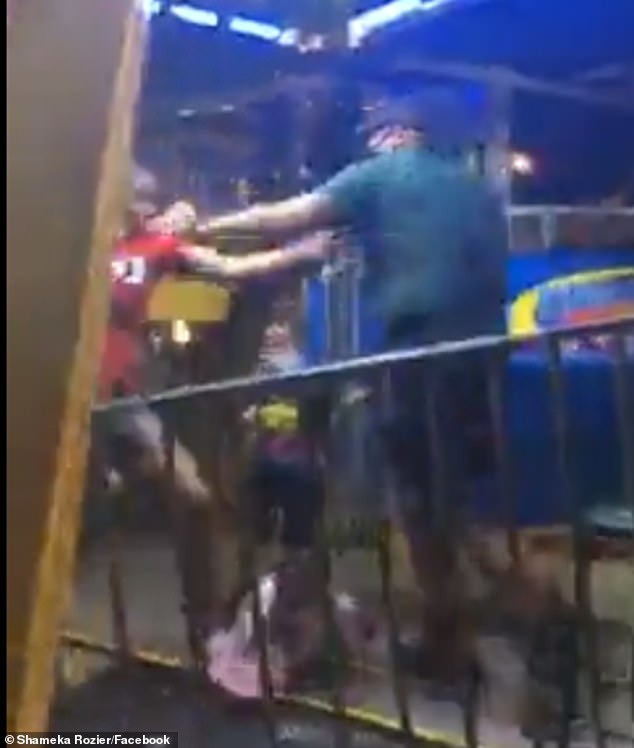 The employee then physically attacked the mom, knocking her and her child over 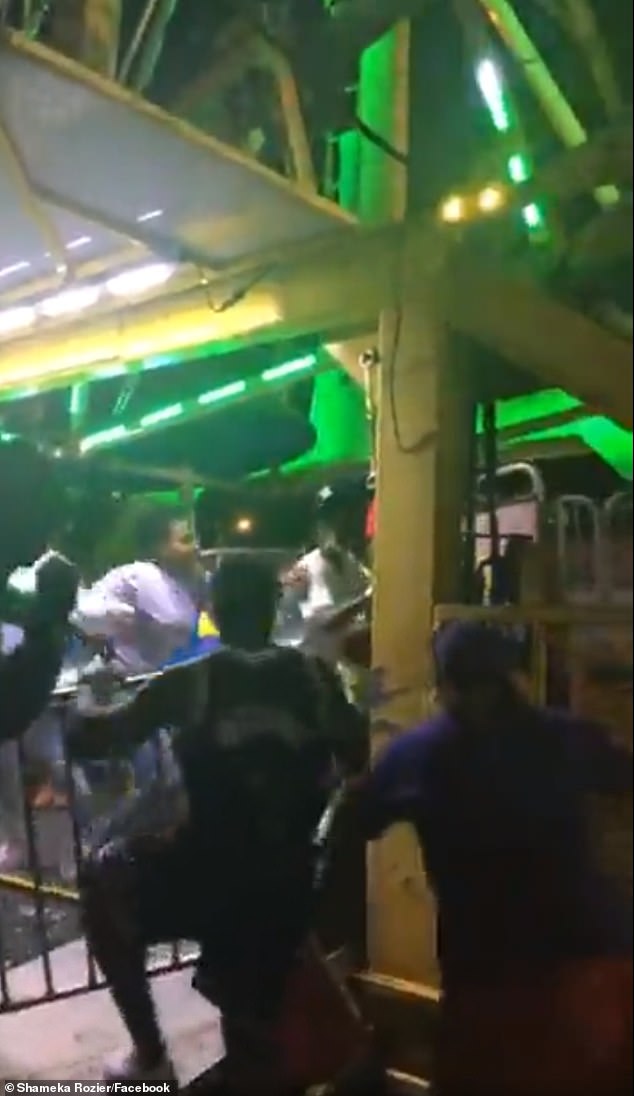 From there, people started hopping the barrier to defend the mom and attack the employee

Off-duty police officers called for backup due to an ‘escalating disturbance’ at 9:44pm, according to Local 10.

When officers arrived, however, people ran toward the exit. The police’s criminal investigations department was able to identify the victim, though, and she was interviewed the next day.

‘The Opa-locka Police Department does not tolerate any criminal acts of violence and will prosecute those individuals to the fullest extent of the law,’ the Opa-locka PD said in a statement. 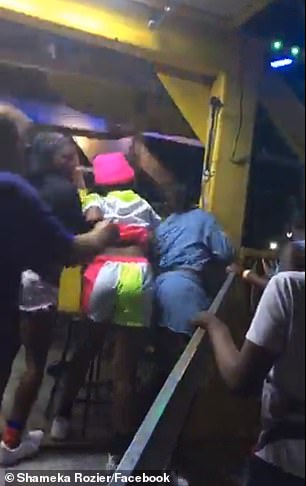 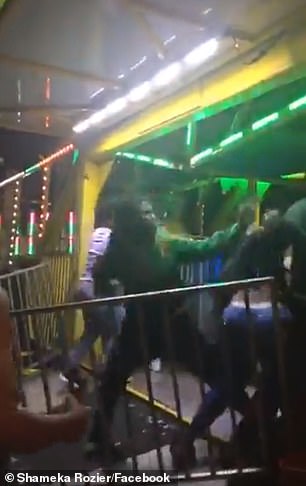 The employee was attacked by the crowd. Adding insult to injury, he was later suspended

They also revealed that they had ‘probable cause’ to arrest the Ferris wheel operator. It was not clear if anyone was injured during the fight.

NBC Miami has learned that the Ferris wheel operator was suspended from his job and is talking to police about the incident.

The flea market has been open for over 40 years and attracts 30,000 visitors per week, the market’s website states.