The Windsor Bridge was controversially built near its suburb’s namesake in Sydney’s west in 2019.

This was despite outrage from locals given its price tag and the infrastructure linking it requiring the destruction of Thompson Square, Australia’s oldest public square. 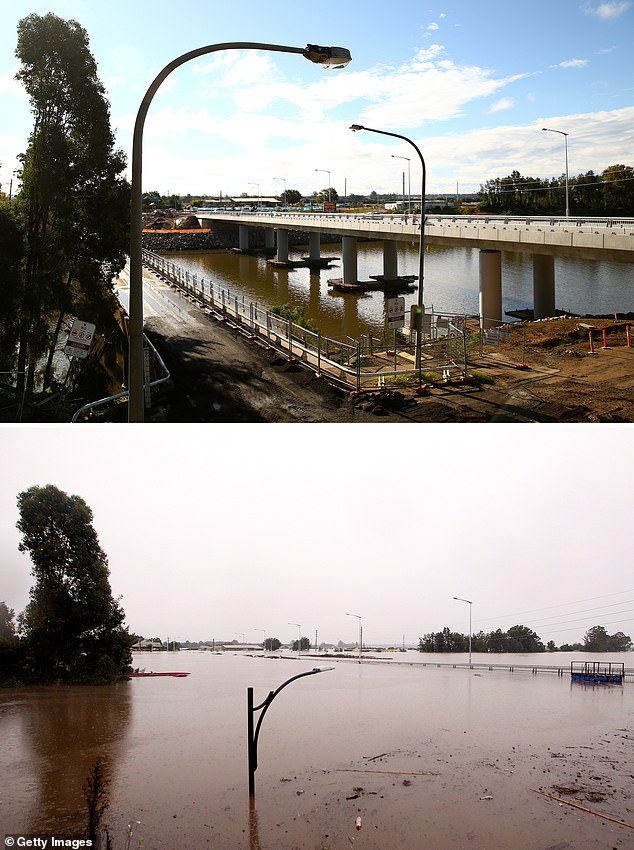 The new Windsor Bridge replacement is seen alongside the old Windsor Bridge (officially called the Hawkesbury River Bridge) before the floods. Both are now completely sumberged 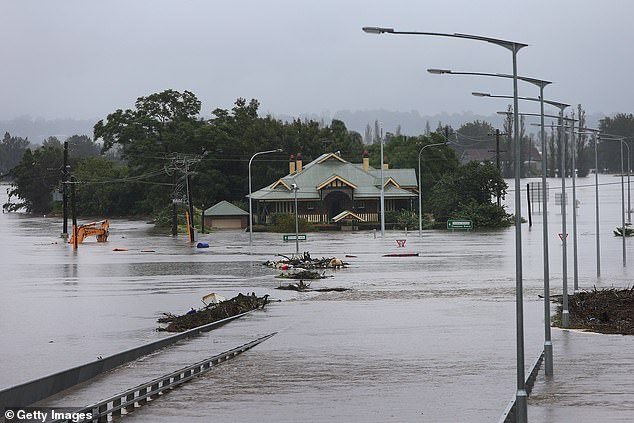 The Roads and Maritime Services said in response to protests over the bridge in 2018 that they had ‘significant concerns that in the event of a major flood, the bridge would fail, leaving the residents of Windsor without a safe crossing.’

On Monday afternoon almost the entirety of the bridge was submerged, with water levels surpassing 12m, leaving residents stranded on either side.

The ‘once in 50 year’ storm has caused mass flooding through large parts of New South Wales and Queensland with emergency services battling to save lives and homes.

More than 18,000 people have been evacuated and the government have called in the army to help assist as they race to deter rising water. 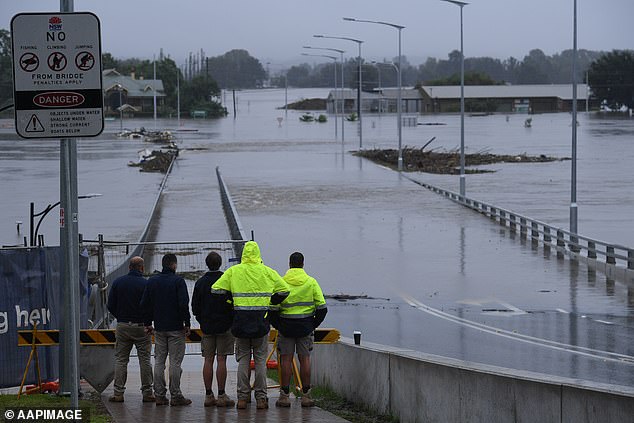 The new Windsor Bridge was described by local federal MP Susan Templeman as an ‘absolutely ugly monstrosity, a slab of concrete’ 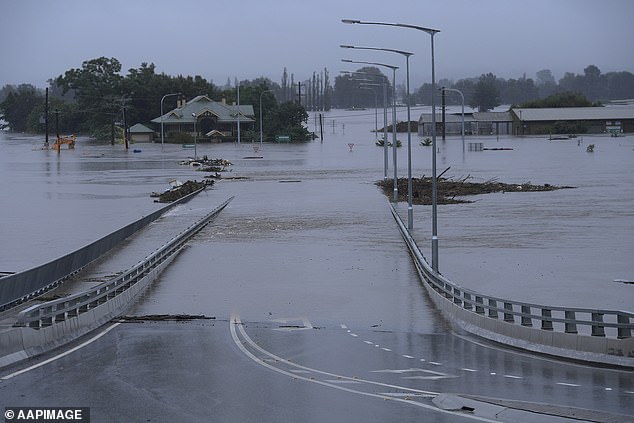 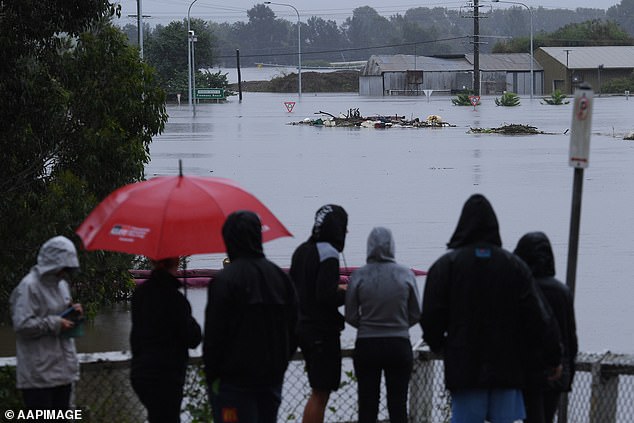 The new Windsor Bridge is now indistinguishable from the Hawkesbury River it is supposed to cross despite being sold to locals as ‘flood-proof’.

It was described by local federal MP Susan Templeman as an ‘absolutely ugly monstrosity, a slab of concrete’.

Those roads sit lower than ground floor of nearby houses, which have experienced flooding.

As a result the bridge was taking on excessive amounts of water, which has now seen the entire stretch submerged. 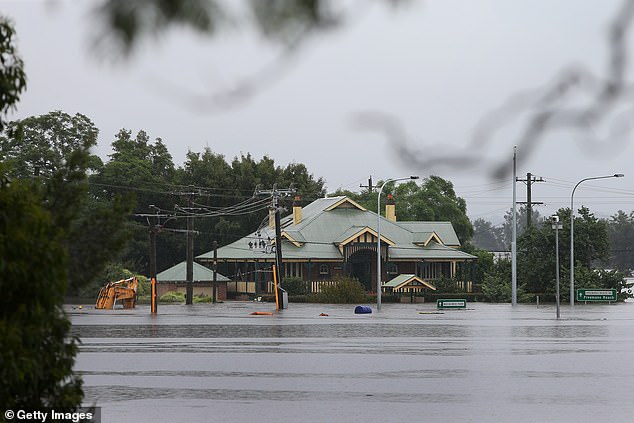 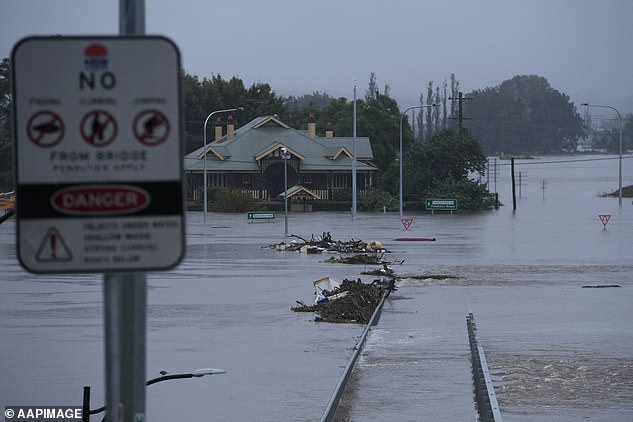 ‘I am not an engineer, I only work with them. But the fact that the approaches to the bridge run downhill seems to indicate a design problem,’ one observer said of the new Windsor Bridge

Locals were quick to slam the government on social media, saying the entire situation had been farcical.

‘The NSW govt defended the decision to build a new Windsor Bridge (and so destroy the heritage listed, 100 years old bridge) saying it would provide better performance in flood events. It opened less than a year ago. Today, it is under water and impassable!’ one person tweeted.

‘How good is the new Windsor Bridge – built so it wouldn’t be impacted by flooding, today it’s underwater. The NSW Liberal government destroyed historic Thompson Square and other parts of Windsor for this boondoggle infrastructure,’ a Twitter user replied.

‘I am not an engineer, I only work with them. But the fact that the approaches to the bridge run downhill seems to indicate a design problem,’ another pointed out.