Father-of-three tradie, 35, is jailed for grabbing a 15-year-old girl, kissing her and rubbing her naked thigh

A father-of-three has been jailed after kissing a teenage girl and rubbing her thigh but could be released as early as next month.

Allan Craig Cunnington, from the Sunshine Coast, had followed the 15-year-old and her friend into a room and lay down on a bed in between them while at a house on January 15.

The roofer, who was then 35-years-old, had rubbed her bare thigh and later trapped her in a hallway and kissed her, the Maroochydore Magistrates Court heard on Monday.

Magistrate Rod Madsen said the young girl was so traumatised she stayed up until 2am that night crying with the support of her friend.

Cunnington had earlier pleaded guilty to indecent treatment of a child under 16 and supplying liquor to a minor as an adult not responsible for the minor, the Courier Mail reported. 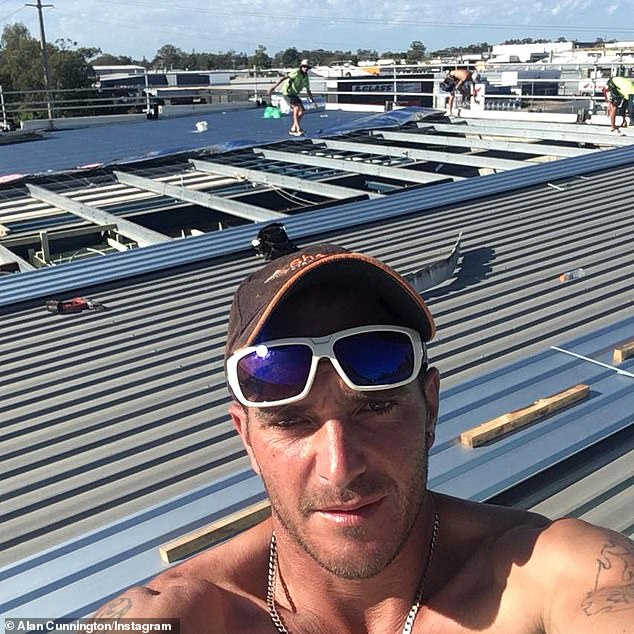 Mr Madsen said the girl had gone to bed when she noticed Cunnington was still inside the house.

He put his arms around her and started to kiss her, the court heard.

‘You then began opening your mouth and attempted to make out with her,’ Mr Madsen said.

The 15-year-old was ‘extremely uncomfortable and scared’ and told Cunnington to leave.

The 35-year-old had made suggestive comments towards the young girl throughout the night, telling her not to tempt him with a ‘good time’ after she swore during a game of pool.

Cunnington ‘downplayed’ his behaviour to police and said he was just being affectionate because he was under the influence of drugs and alcohol, police prosecutor Rebecca Lambert said.

The tradie’s solicitor said he had a difficult upbringing and had been exposed to abuse.

He also had a problem with drugs, the court heard.

Cunnington was sentenced to 13 months behind bars and will be eligible for parole on May 19.

He spent 83 days in custody before his sentencing which has been counted as time already served.