A devastated mother who lost her home to New South Wale’s extreme floods found one of her most prized possessions with the help of her community via social media.

Melissa Murray had mere minutes to rescue her four-year-old son over the weekend when floodwaters hit Beechwood on the mid-north coast and tore her family home from its stumps.

Ms Murray explained she has nothing left except for two cars, after her family watched helplessly as all their belongs were swept away in the rough waters. 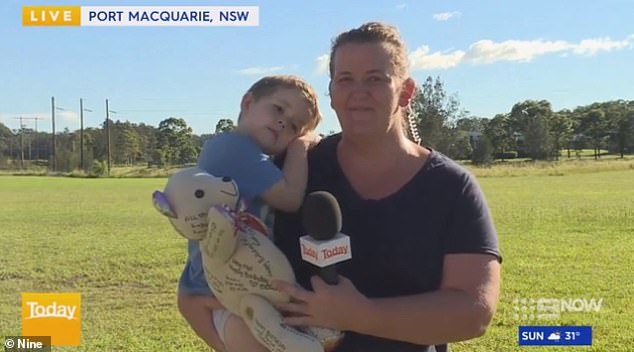 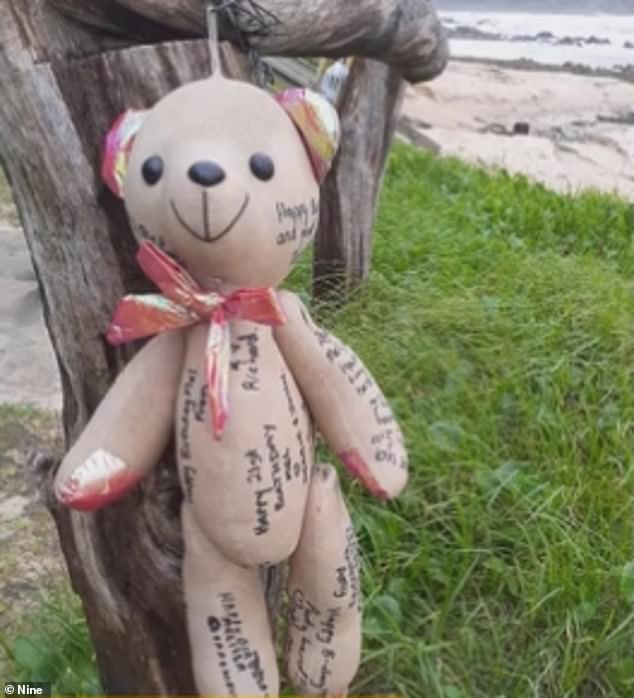 With the help of the local community and social media, Ms Murray was reunited with her 21st birthday bear that washed up on Shelly Beach (pictured)

To her amazement, a prized teddy bear she received on her 21st birthday miraculously washed up unscathed on a nearby beach.

‘This little bear, believe it or not, floated down Moretons Creek, down the Hastings River and proceeded to end up on Shelly Beach,’ Ms Murray told the Today Show.

‘A lady actually found it and hung it on a fence and put it on social media.’

Ms Murray said her sister and her son spotted the bear online and brought the teddy back home.

‘I want to thank everyone and social media for giving us some little bit of hope,’ she said.

Dressed in clothes her community had loaned her, Ms Murray said she was ‘holding it together for her son’, who wants to go back home every day. 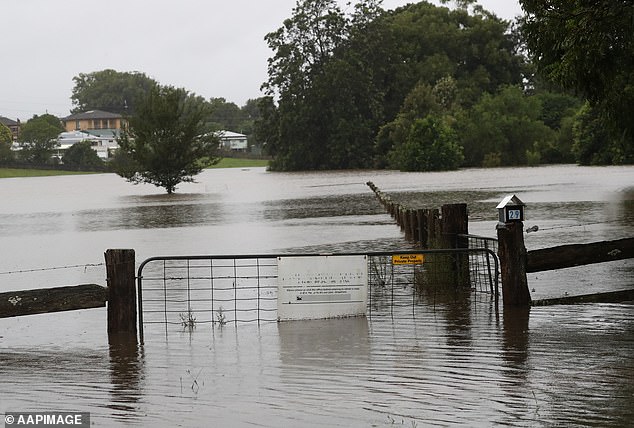 Thousands of residents are fleeing their homes, schools are shut, and scores of people have been rescued as NSW is hit by once-in-a-generation flooding (pictured, a flooded street in Kempsey on Tuesday) 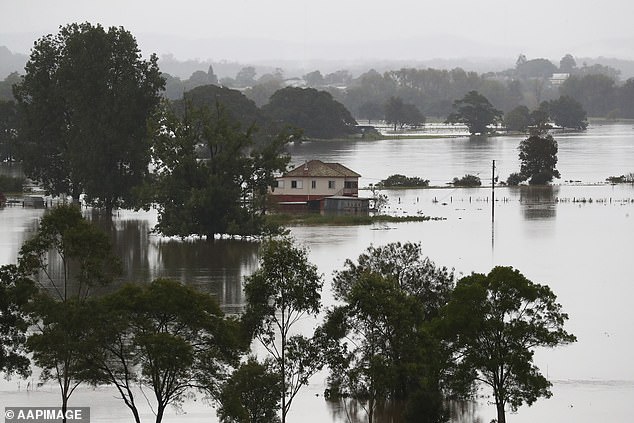 More than 15,000 mid-north coast residents have been evacuated from their homes as some areas received more than 800mm of torrential rain (pictured, Kemsey on Monday)

The devastated mother said the family are finding some of their possessions as they wash up on the river.

The family is now focused on organising their personal documents for their disaster relief application, but Ms Murray said at least ‘we’re safe, that’s the main thing’.

More than 15,000 mid-north coast residents have been evacuated from their homes as some areas received more than 800mm of torrential rain and flash flooding since Thursday.