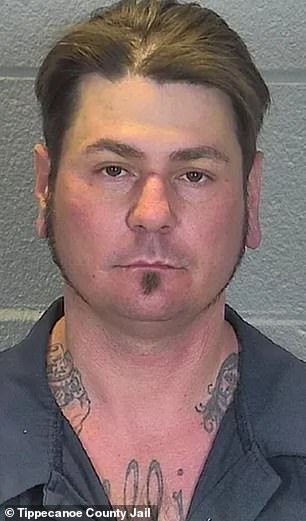 James Chadwell II, 42, (in mug) is accused of luring a 9-year-old girl into his home on April 19 before attacking, strangling and sexually assaulting her. His own brother now claims he could be capable

A man being eyed over the unsolved unsolved murders of two teenage girls in Delphi, Indiana is ‘absolutely capable’ of having committed the horrific crimes, his own brother says.

Detectives last week confirmed they are ‘looking into’ 42-year-old James Chadwell II in relation to the deaths of 13-year-old Abigail ‘Abby’ Williams and 14-year-old Liberty ‘Libby’ German in 2017.

The girls went missing on February 13 of that year while hiking along the Monon High Bridge Trail in Delphi, and their bodies were discovered in nearby woods the following day.

The case has baffled investigators and remains unsolved after four years, but detectives have declared they are now examining Chadwell after he was arrested over an unrelated crime in Indiana last month.

On April 19 this year, Chadwell is accused of luring a 9-year-old girl into his home in Lafayette to pet his dogs. He then allegedly took her down to his basement where he attacked, strangled and sexually assaulted her before she was rescued by police.

The attack took place just 20 miles away from Williams and German were found dead four years ago.

Now, in an exclusive interview with Inside Edition, Chadwell’s family members say its possible that he could have killed the teenage girls four years ago. 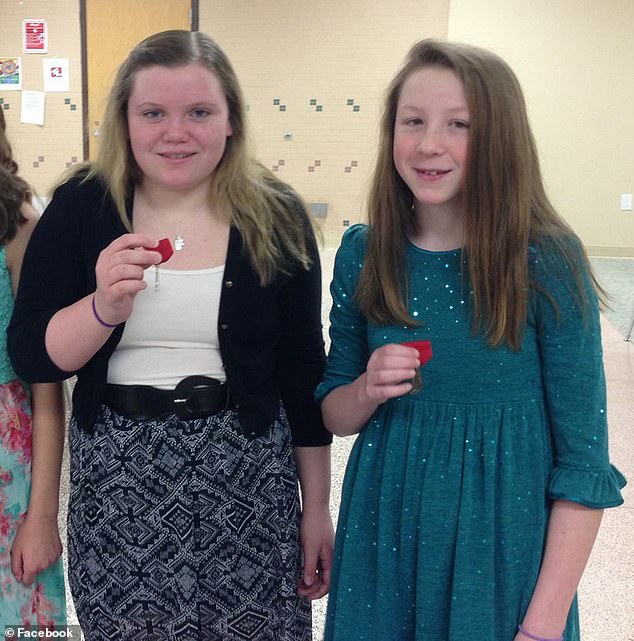 Police investigating the unsolved 2017 murders of Libby German (left) and Abby Williams (right) in Delphi, Indiana, have confirmed they are ‘looking into’ Chadwell

Brother Ashley Chadwell told the program on Tuesday: “Do I think that he’s capable of that kind of crime? Absolutely, absolutely.’

Ashley Chadwell claims his brother even  tried to drown him when he was a child.

‘He’s shown numerous times not only to his friends, but his family as well that he has that kind of evil streak to him,’ he stated.

Chadwell has been in and out of prison since he was a teenager.

Ashley Chadwell said his brother ‘should be locked up and never let loose again, because he’s a monster’.

Meanwhile, Chadwell’s own stepfather also told Inside Edition that his stepson could be responsible for the double murders.

‘Is he capable? Probably. And you know, should they let him back out on the street? Not ever. Throw away the key this time,’ he stated. 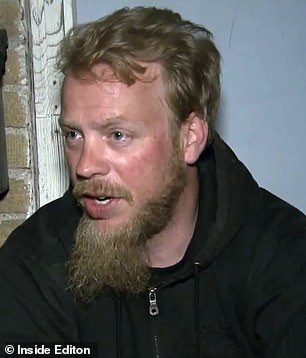 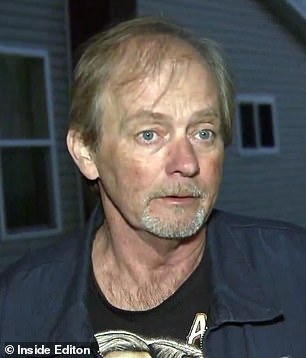 Last week, local sheriff Tobe Leazenby told WRTV that investigators are ‘looking into’ Chadwell to determine if he has any connection to the unsolved murders.

‘The information has obviously been shared with us and our investigators are looking into him,’ Leazenby said.

The murders of Libby German and Abby Williams made international headlines four years ago.

The two teenage girls were dropped off at the Delphi Historic Trails to go on a hike on February 13 2017.

They were reported missing when they failed to show up when a parent came to pick them up.

A search was launched to find the teens and, the next day, their bodies were discovered in a secluded wooded area off the main trail.

Their cause of death has never been released by authorities.

Investigators believe the girls were approached by an unknown man while they were hanging out on a bridge along the route.

The case has long focused on a man captured on camera on Libby’s phone walking along the abandoned railroad bridge on the day they went missing.

Days after the killings, authorities released two grainy photos of the suspect found on her phone.

The man was dressed in blue jeans and a blue jacket.

Investigators also released an audio clip from her phone which they believe she recorded ‘during possible criminal activity’.

In it, the suspect is heard telling the girls: ‘Go down the hill.’

The man has never been identified. 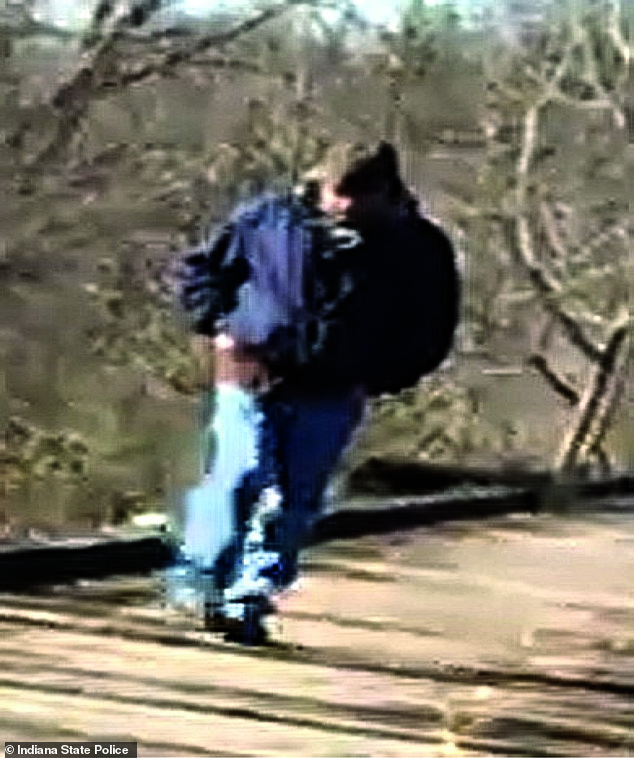 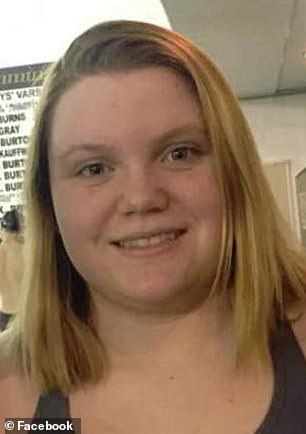 Libby (left) and Abby (right) were kidnapped and killed in Delphi, Indiana. More than four years later, very little is known about their murder and no one has been arrested

Meanwhile, Chadwell remains in prison after being charged over last month’s alleged kidnapping.

According to court documents, the 42-year-old lured the girl into his home to pet his dogs on the evening of April 19.

Once inside, the suspect allegedly hit her in the head multiple times and strangled her.

‘Chadwell was also choking her with his hands on her neck and also using his arm in a headlock, to the point where she passed out,’ prosecutors say.

When the girl came round, she said most of her clothes were off and Chadwell took her down to the basement where he forced her to perform sexual acts, the documents state.

The girl told police Chadwell had warned her that if she screamed or told anyone what happened he would kill her.

The girl was reported missing by her mom at around 7pm – around 30 minutes after she said she had last seen her at their home near Sagamore Parkway.

When officers were searching the neighborhood for the missing girl, Chadwell allegedly told them the girl had entered his home earlier but had left, the documents state.

Police said they asked Chadwell if they could search his home and he said yes.

Officers found the girl within an hour of her disappearance ‘visibly distraught and crying, with her clothing on the floor beside her’ in Chadwell’s basement which was locked with a chain lock, the documents state.

The girl had suffered multiple injuries and was covered in bruises, strangulation marks and had a dog bite mark on her leg.

Police said she told investigators she thought she was going to die.