George V considered Sandhaven, the beach at South Shields, the ‘finest’ anywhere. It is indeed a beautiful spot, with its rolling sand dunes, pleasant promenade and view of the River Tyne.

There is an elemental rawness here. Gazing out from the end of the South Pier, which curls into the North Sea for a mile, white caps rise on the horizon, roll forth and crash into the walls below. Fishermen cast rods. Seagulls wheel above. The air is fresh and salty. South Shields (population 75,000) may be a mere 11 miles from Newcastle, but the gritty big-city streets feel a lot further away than that.

With coal mining a thing of the past — the last colliery closed in 1993 — the town has turned to tourism. And amusement arcades are the big draw for many: cavernous halls full of clinking machines and the smell of candy floss. Air hockey, pool tables, ten-pin bowling, a Guitar Hero game — they’re all here. 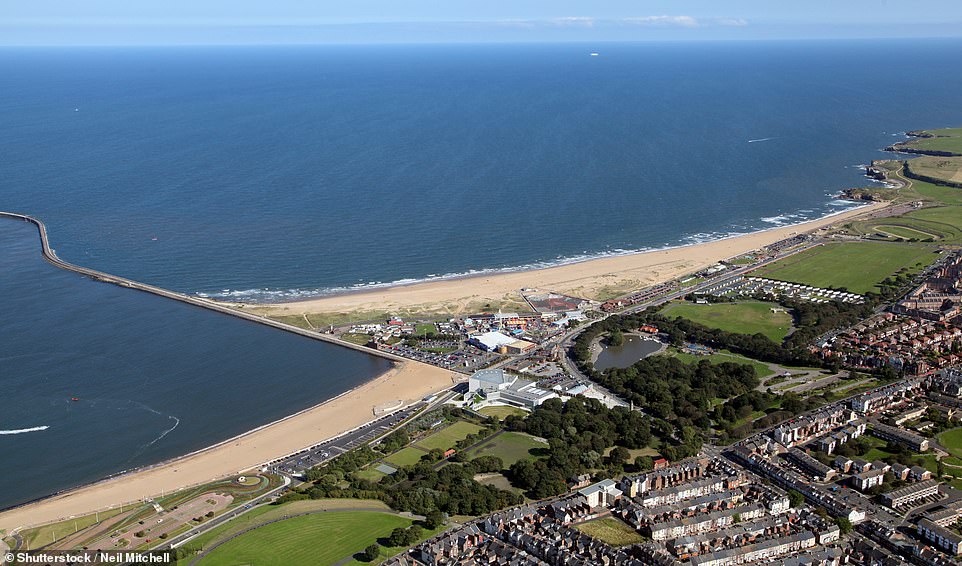 George V considered South Shields’ Sandhaven beach (the beach on the right in the image above) the ‘finest’ anywhere. The beach to the left is Little Haven Beach 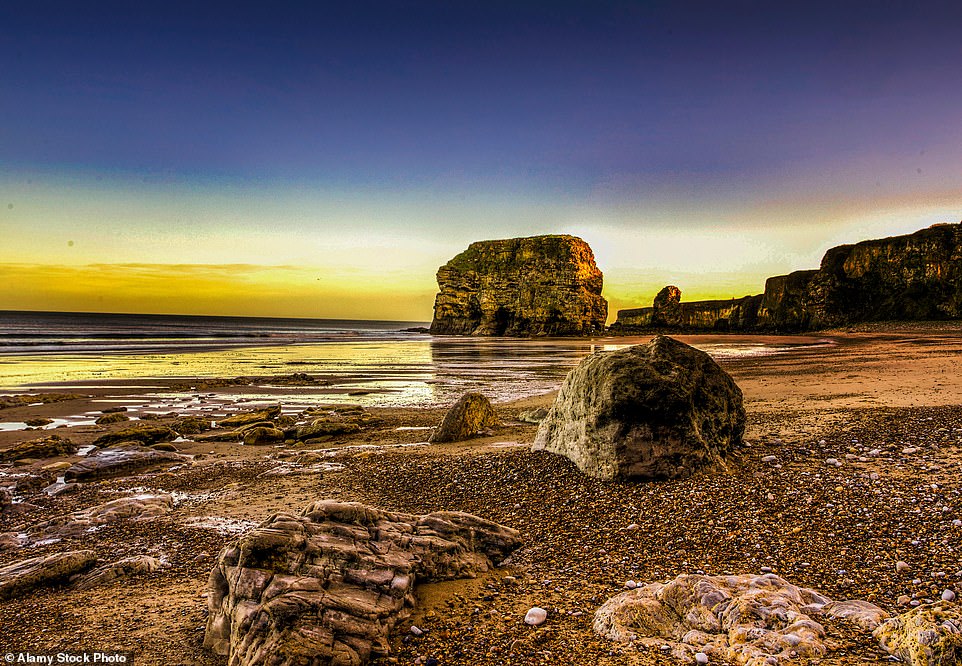 As is a decent pint at the popular Sanddancer pub by the dunes, whose name derives from the local nickname for the people of South Shields. This allegedly comes from outsiders on boats seeing people fixing their nets on the beach — from a distance it looked as though they were dancing.

There is a magnificent walk from the beach here along The Leas, an area of grassland and cliffs protected by the National Trust.

Following the limestone cliffs, you soon arrive at Marsden Rock on Marsden Bay — a sea stack that rises nearly 100ft. It is overlooked by a grotto that was once a smugglers’ haunt but is now the delightful Marsden Grotto pub, complete with clifftop lift. 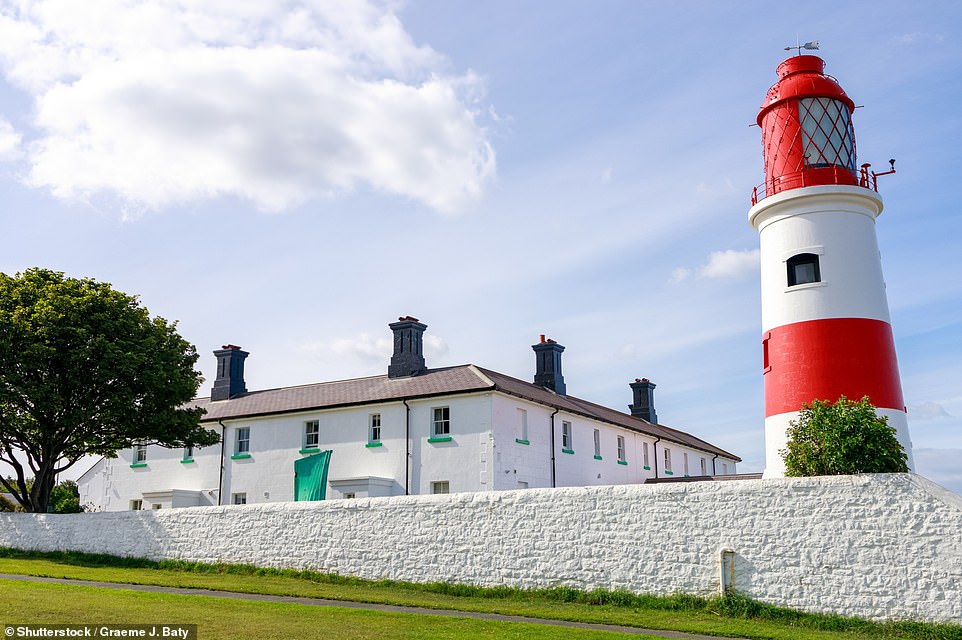 The Souter Lighthouse, owned by the National Trust, was the first in the world to be purpose-built for electricity

The Souter Lighthouse, also owned by the National Trust, is a short walk along the cliffs. From its tower, brilliant views of the Tyneside seascape stretch out.

South Shields is a good place to go if you like fish and chips. After pounding the coastline, there is no better refuelling stop than at Colmans, a family-run business established in a beach shack in 1905.

Now it is on Ocean Road, offering the most delicious cod and chips you are ever likely to try, for less than a tenner. South Shields is also good for those interested in history.

Not far from Colmans is the Arbeia Roman fort. A little museum explains that ‘Arbeia’ means ‘place of the Arabs’ (many Syrian troops served here) and that it was a supply fort for Hadrian’s Wall.

One such carving, the Regina tombstone, depicts Regina, a freed slave from Hertfordshire who married a Syrian soldier. It’s considered an important link to the Arabic past (and was unearthed in the grounds of a nearby Asda). 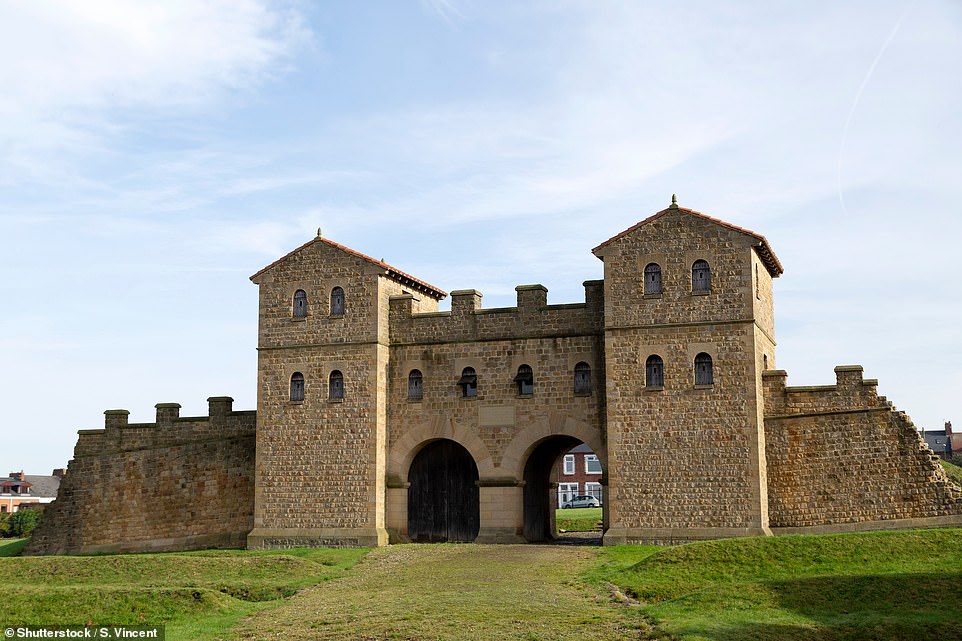 The reconstructed main gate of the Arbeia Roman fort, which was a supply fort for Hadrian’s Wall 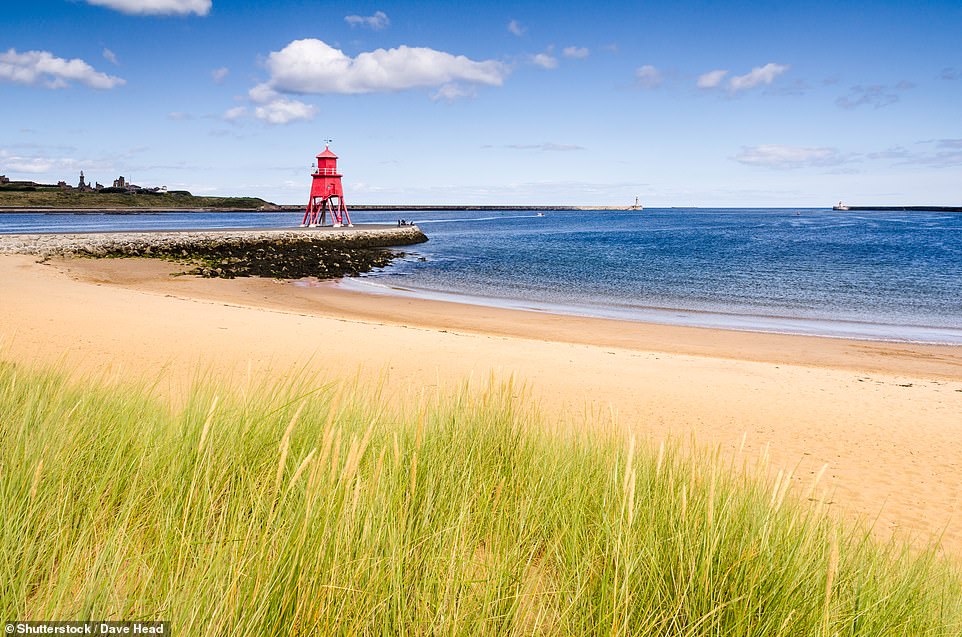 South Shields’ Groyne Lighthouse, which sits at the mouth of the River Tyne and at the end of Little Haven Beach 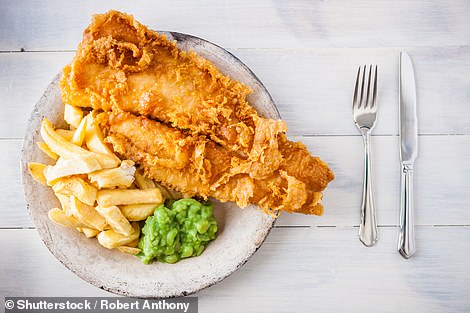 South Shields is a good place to go if you like fish and chips, writes the Daily Mail’s Tom Chesshyre (stock image)

Meanwhile, at the South Shields Museum, you learn of a quite different history: the local connection to Catherine Cookson, the romantic novelist. The former laundry worker, who turned to writing in her 40s, went on to complete 103 books, many set in South Shields.

From 1985 to 2001 she was the most borrowed author from British public libraries. Her desk is by the entrance, and a map highlights a Catherine Cookson country trail for the most devoted fans to follow.

To complete a historical trio, stop at St Paul’s Monastery in neighbouring Jarrow. In the eighth century, this was where the Venerable Bede penned a slightly weightier tome: the first history of the English people.

But best of all in South Shields? A sundowner in the Sanddancer by the beach.