Poetry in motion: Wordsworth and Coleridge frequently walked this lyrical stretch of Devon’s coast – and so must you, when the time comes

By Christopher Hart For The Daily Mail

There’s no denying the thrill of turning our backs on Minehead. Slightly faded English seaside towns have their charms, it’s true. But it’s what lies westwards that draws us back time and again to the Exmoor Coast: some of the wildest and most majestic landscapes in Britain.

We head out past the old harbour, and then cross the meadow towards Culver Cliff. The South West Coast Path snakes up over mighty sandstone headlands and down into damp sessile oak woods, dense with lichens and ferns.

In spring, there’s a massed chorus of birdsong. And there’s poetry in the place-names: Giant’s Rib and Desolation Point, Sir Robert’s Chair and Burgundy Chapel, a ruined hermitage deep in the woods. 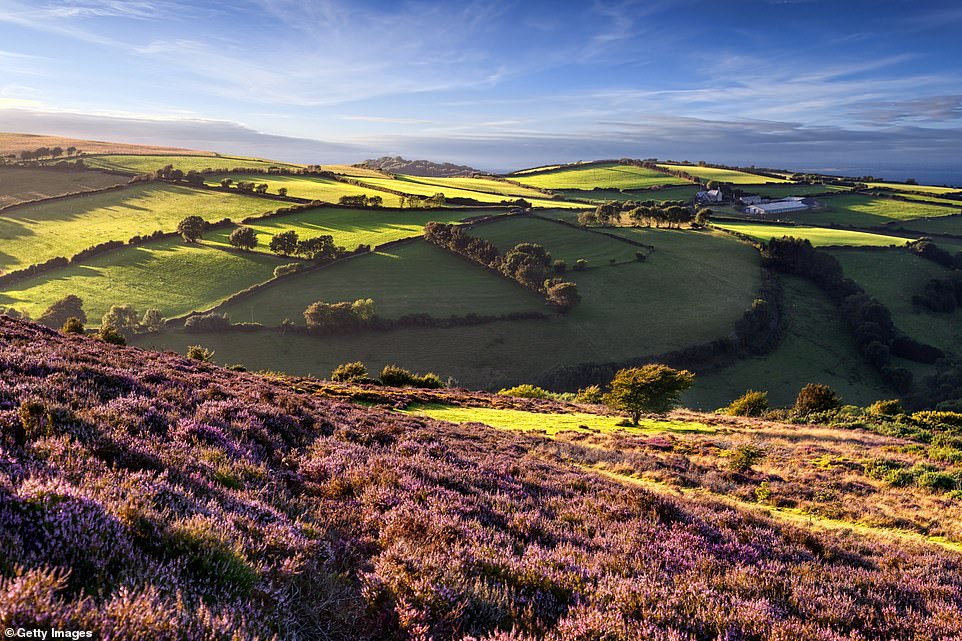 Moorland marvel: The fields of Exmoor rolling down to the Bristol Channel near Porlock

Such grandeur and mystery has always drawn our greatest poets, too. Wordsworth, his sister Dorothy, and Coleridge frequently walked here when they stayed at Alfoxden and Nether Stowey.

It was at Ash Farm that Coleridge is thought to have written his visionary Kubla Khan, with a little assistance from the opium poppy — until he was interrupted by the ‘person from Porlock,’ and afterwards found he’d forgotten most of it. The fragment remaining still tingles the spine though.

Later, the poet Shelley would stay in nearby Lynton, a day’s walk west of Porlock, with his 16-year-old bride Harriet. The radical young poet aroused local suspicions, though, at the height of the Napoleonic wars, with his habit of planting messages in bottles and sailing them out to sea, among many other eccentricities.

Along the coastal path, Wales is your constant companion, only 15 miles away across the channel. Early Christian monks frequently crossed in small boats, although St Dubricius floated over on his cloak. The Devil tried to stop him landing at Porlock, until they had a rock-throwing contest, which the saint won. Porlock’s lovely old church is dedicated to the lapidating saint, and contains a superb monument to Sir John Harington, who fought at Agincourt.

Also make time to visit the Church of All Saints at Selworthy, with its wagon roof and painted ceiling bosses. But only walkers will find this coast’s most magical church, St Beuno’s, in the secret valley of Culbone: the smallest church in England, a Saxon wonder down a long woodland path.

In Porlock we stay at the characterful old Ship Inn. Pan-fried pheasant breast and a couple of pints of Exmoor Gold? Yes please. Tomorrow, we’ll buy sandwiches from the Big Cheese deli in the village, then walk on to Lynmouth and taste great seafood at the Bistro restaurant in the evening. 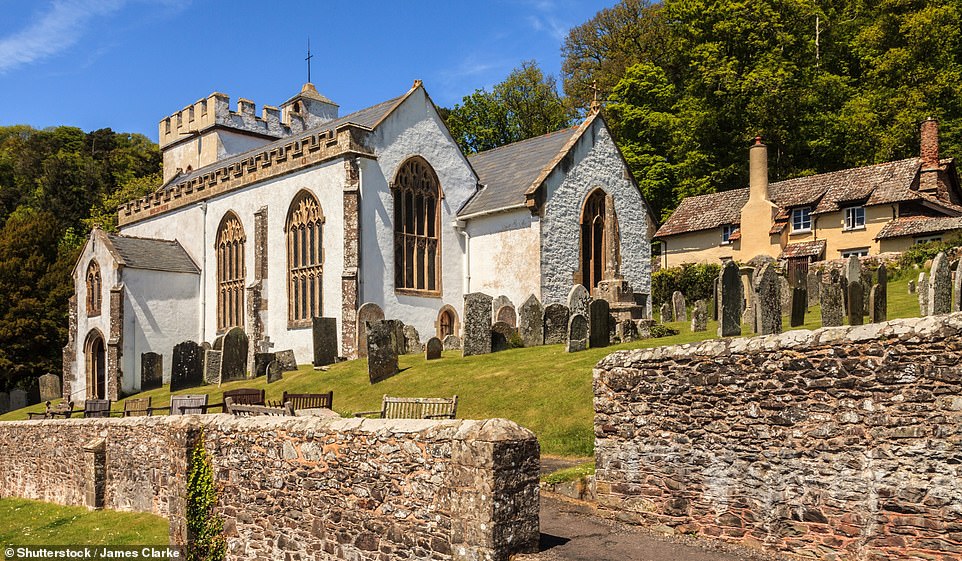 Make time to visit the Church of All Saints at Selworthy, above, with its wagon roof and painted ceiling bosses

The simplicity of the South West Coast Path is addictive. The sun and the wind. Staring out to sea. Taking a break on one of the memorial benches along the way.

Looking west there’s Lundy Island, lair of Algerian pirates in the 17th century. Eastwards there’s Flat Holm and Steep Holm out in the Channel. Norse names. The Vikings came up here in their lean, dark ships, wind drumming on the rowers’ shields. Imagine the Christian hermits shivering in their cells.

The Exmoor Coast is sublime. Wild goats in the Valley of Rocks. The tide roaring in at Heddon’s Mouth. Gulls riding updrafts over Foreland Point — ‘white sea-souls’, a Celtic poet called them. A memory of freedom in unfree times.