A former Oklahoma City attorney and her boyfriend are charged with the premeditated murder of his ex-girlfriend and her parents after newly discovered evidence tied them the triple homicide.

Keegan Kelly Harroz, 37, and Barry Titus, 39, are accused of shooting the three victims with at least two different caliber weapons after kicking in the front door of the home of Titus’s ex-girlfriend’s family in September 2019.

Tiffany Eichor, 43, and her parents, Jack Chandler, 65, and Evelynn Kaye Chandler, 69, were found shot dead in Beggs, Oklahoma after a family member discovered their bodies.

Harroz and Titus, who were suspects early on in the case, have been in federal custody on unrelated charges.

Authorities were able to charge them on Thursday with the triple murder after new evidence, including shell casings from the gun used, was found. 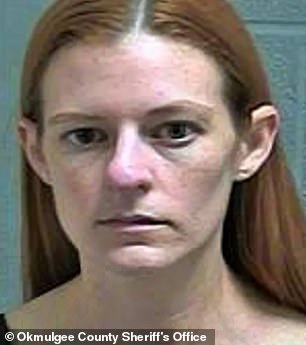 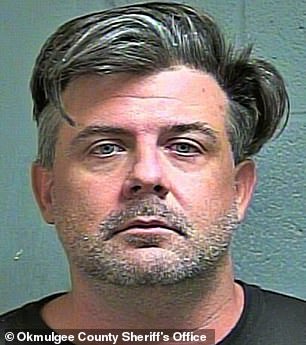 The Okmulgee County district attorney’s office announced the charges in a statement saying: ‘This was a very lengthy investigation that spanned numerous jurisdictions in both Oklahoma and Texas.’

Harroz and Titus were considered suspects in the triple homicide early on due to Titus’ connection to Eichor and several discoveries that pointed to the couple.

Before her death, Eichor had reported that Titus had assaulted her, and she had an active protective order against her ex-boyfriend. His attorney and girlfriend, Harroz, was representing him in a domestic assault and battery case.

Video surveillance at the house captured the moments leading up to the September 2019 murders, including a vehicle belonging to Harroz pulling up to the scene. 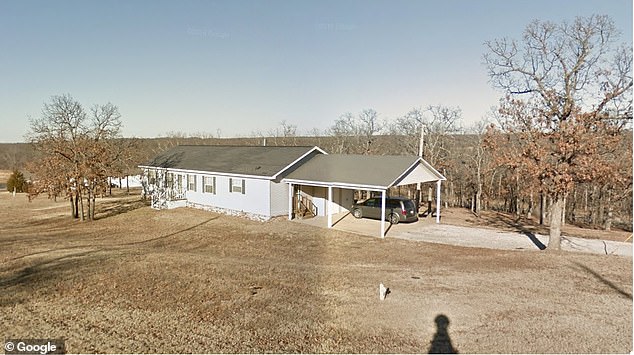 The video revealed two individuals exiting the vehicle including one individual who was ‘obviously male and very tall’ while the other was ‘much shorter and smaller.’

The video stops after the perpetrators approached the house on foot, and it was later determined that they ‘pulled the electric meter prior to forcing entry into the residence.’

When investigators restored power to the house, the clock on the stove read 3:04am, leading authorities to believe the murders occurred in close proximity to that time.

Investigators discovered a ball cap near the area where the vehicle had parked, and DNA on the hat matched DNA samples taken of Titus while incarcerated.

Harroz and Titus allegedly planned their first ‘act of revenge’ in January 2019 after one of the deceased had ‘testified against one of her clients.’

One of Harroz’s defendants in an unrelated drug trafficking case in Oklahoma City, Jose Uribe, admitted to planting a suspicious package outside of the home where Eichor and her parents were killed, eight months ahead of the murders. 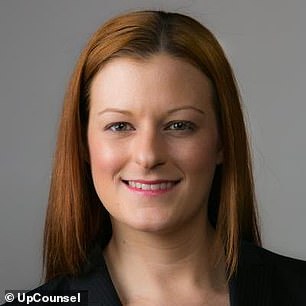 Uribe told investigators that Harroz had asked him to plant what he believed to be methamphetamine outside the house and advise his handler at the Drug Task Force that there were drugs there.

Harroz was arrested and charged on September 13, 2019 with witness intimidation after Uribe came forward that he had followed her instructions in an attempt to obtain a lighter sentence.

On the same day as Harroz’s 2019 arrest, her brother turned over an AR15 rifle he believed was used in the triple homicide to law enforcement.

The rifle was traced to its original owner, who has a shooting range on their property. This witness was interviewed and they revealed that the rifles were sold to Barry Titus and a female, who was later confirmed to be Keegan Kelley Harroz.

Titus and Harroz had fired the rifle during the sale negotiation, leading investigators to find shell casings from that rifle on the shooting range.

Those shell casings matched the shell casings found at the crime scene, leading the District Attorney to file new charges. Both Harroz and Titus face three counts of premeditated murder and one count of burglary in the first degree. 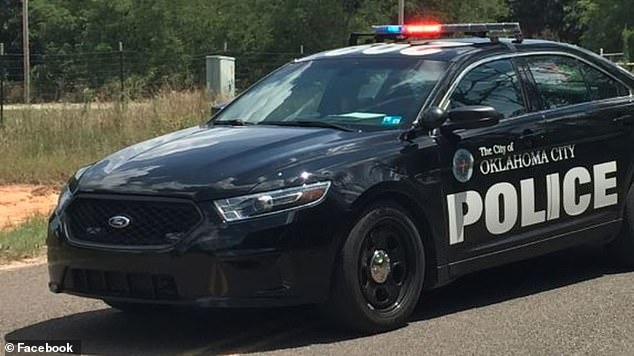 Harroz was previously sentenced to 24 months in federal prison for possessing a firearm while subject to victim protective order in relation to an August 4, 2019 violation.

Okmulgee County District Attorney Carol Iski said ‘I understand that this is a high profile case of great interest to many. However, it’s a case that needs to be tried in a court of law and subject to the rules of evidence, not a court of public opinion.’