Julia Bradbury has apologised for accusing the Hillsborough tribute of ‘polluting’ the Earth by releasing 96 balloons.

The former Countryfiles host, 50, said her tweet was ‘ill-timed’ after Liverpool fell silent for a minute yesterday to mark the 32nd anniversary of the tragedy which claimed the lives of 96 football fans.

Flags were flown at half mast at a number of landmarks while shoppers stopped to reflect at 3.06pm – the exact moment the FA Cup semi-final match against Nottingham Forest was stopped on April 15, 1989.

In a tweet which has since been deleted, Ms Bradbury criticised the football club for releasing ’96 polluting balloons into the sky that will land in the sea or landscapes’. 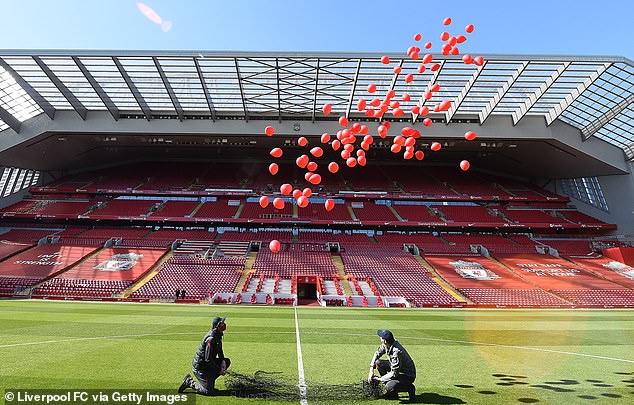 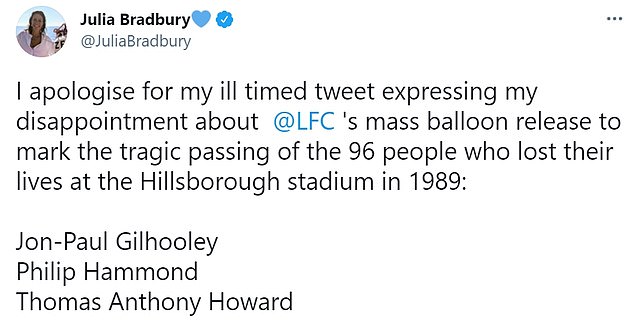 She posted on Thursday morning: ‘I apologise for my ill timed tweet expressing my disappointment about LFC’s mass balloon release to mark the tragic passing of the 96 people who lost their lives at the Hillsborough stadium in 1989.’

The TV presenter then listed the 96 names of each victim who died in the disaster in a thread below, saying: ‘RIP’.

Ms Bradbury added in a separate tweet: ‘As a mark of respect for the 96 lives lost at Hillsborough I have deleted the Tweet that offended many people.’

Social media users reacted to her apology, with some pointing out her love for gas-guzzling motors.

One person asked: ‘How much is your Lambo polluting tho?’

Another wrote: ‘How much is your six litre polluting the Earth?’

The bells of Liverpool Town Hall tolled 96 times yesterday as the region paid tribute to the men, women and children killed in the disaster.

Emotional tributes were paid throughout the day as Merseyside united in respect.

Sir Kenny Dalglish, Liverpool manager when the tragedy unfolded at the club’s game with Nottingham Forest, was among club representatives who laid floral wreaths at the Hillsborough memorial at Anfield. 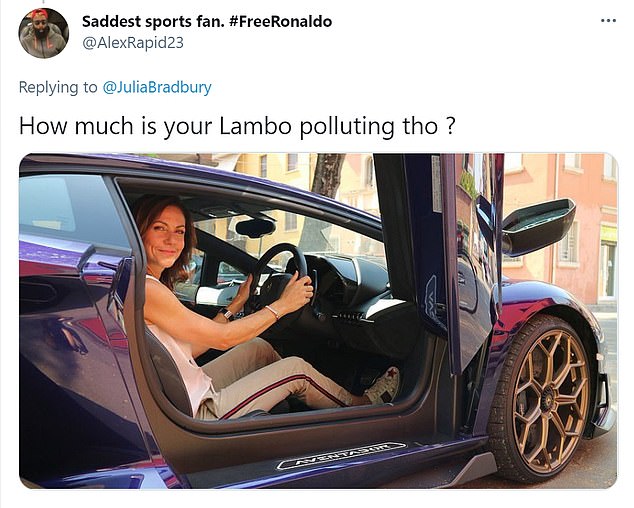 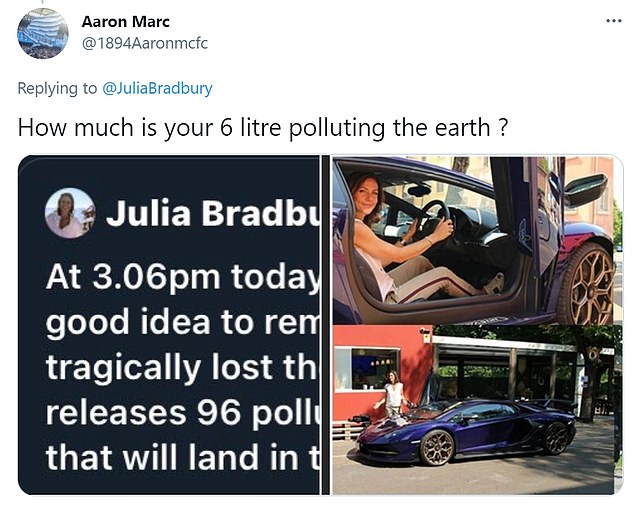 Social media users reacted to the TV presenter’s apology, with some pointing out her love for gas-guzzling motors (above)

Staff and players later observed a minute’s silence at the club’s training complex, with the first-team squad joined by LFC chaplain Bill Bygroves.

On Twitter Liverpool FC posted a series of images and tributes throughout the day while Everton FC wrote: ’32 years ago, 96 Liverpool supporters went to watch their team and never came home.

‘Then. Today. Always. We stand together in our city and remember them.’

In the city centre, people gathered around the town hall to observe the minute’s silence.

The Union flag was flown at half-mast while a separate flag was hung from the historic building bearing a Liver bird and the message: ‘To the victims of Hillsborough, you’ll never walk alone.’

The words ‘Hillsborough’ and ‘Never Forgotten’ were placed on the giant screen opposite Lime Street Station, while the Mersey Ferry service and Birkenhead and Wallasey tunnel toll booths were halted at 3.06pm. 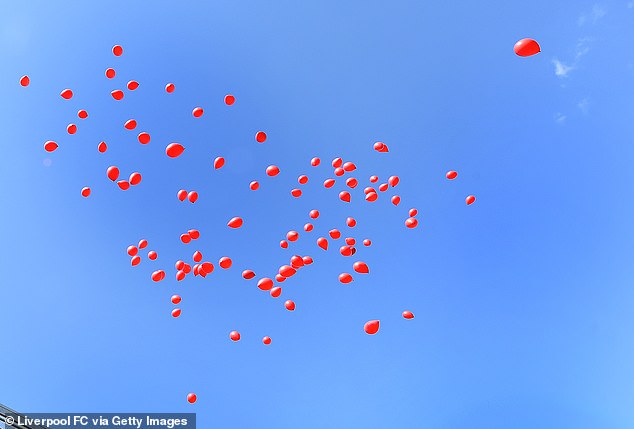 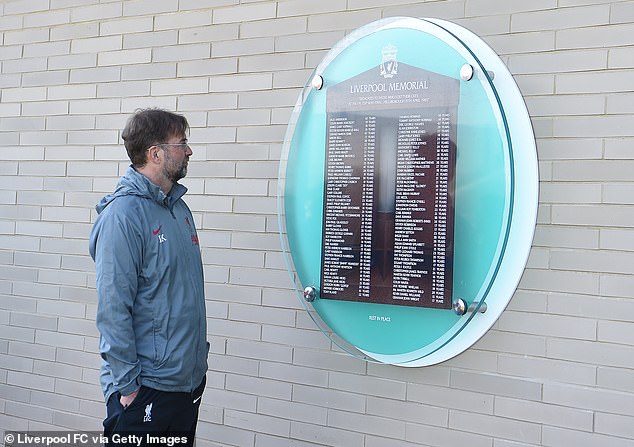 A flag pictured in the goal at Anfield yesterday in Liverpool. The Union flag was flown at half-mast while a separate flag was hung from the historic building 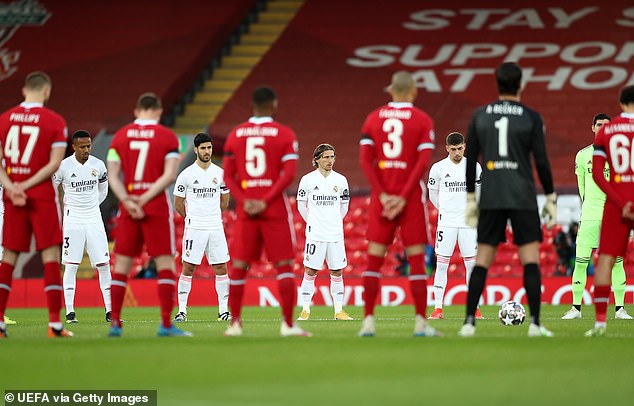 Eder Militao, Marco Asensio, Luka Modric and Federico Valverde of Real Madrid (left to right) stand for a minute’s silence to remember all those who lost their lives in the disaster

The start and end of the minute’s silence was marked by the ferry service’s horn.

Speaking to the ECHO ahead of the anniversary Margaret Aspinall, whose son James was among the victims of the tragedy, urged those touched by the disaster to ‘stay strong’.

The former chair of the recently disbanded Hillsborough Family Support Group thanked the region for its support over the years.

With the anniversary falling days before a trial linked to the aftermath of the disaster is due to start, she said: ‘The support we have had from everybody right up to this day has been tremendous and we can’t thank everyone enough. Stay strong, we will come through this like we have always done.’

City landmarks including the town hall and St George’s Hall were lit red in a further tribute.

Players also wore black armbands as Liverpool faced Real Madrid in the Champions League at Anfield, where a minute’s silence was also observed before kick off.