A college professor who referred to Covid-19 as the ‘Chinese virus’ in a dismissive email to a student has left his job in the wake of the row.

Mechanical engineering instructor John Ucker told a student who could not attend lab sessions because his girlfriend had the virus that ‘for students testing positive for the Chinese virus, I will give no grade’.

Often used by Donald Trump among others, terms such as ‘Chinese virus’ have been blamed for escalating attacks on Asians since the outbreak of the pandemic.

Ucker was placed on administrative leave after his email caused a furore last year and the University of Cincinnati has now revealed that his contract was not renewed, according to the city’s Enquirer. 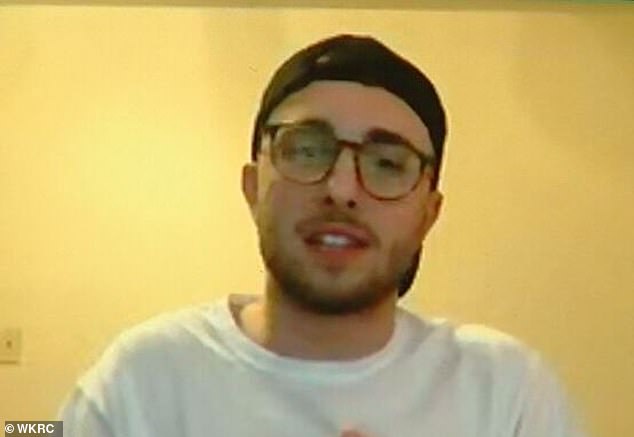 Student Evan Sotzing, pictured speaking to local media last year, had told Ucker that he could not attend lab sessions because his girlfriend had the virus

Evan Sotzing, the student who received the email, published it on Twitter last September in a post which sparked outrage.

‘Not only did my professor give me a zero for not going, but this was his response,’ Sotzing remarked at the time.

Speaking to WKRC, Sotzing said he was ‘shocked’ that ‘anyone in power’ would use the phrase ‘because of how xenophobic it is and how racist of a comment it is’.

UC officials announced after Sotzing’s post drew widespread attention that Ucker had been placed on administrative leave pending an investigation.

John Weidner, the dean of UC’s engineering school, said the professor had a routine policy of allowing one lab test to be missed with no harm done.

But he said that Ucker’s ‘Chinese virus’ comments had been referred to the university’s Office of Equal Opportunity and Access.

‘These types of xenophobic comments and stigmatizations around location or ethnicity are more than troubling,’ he said.

‘We can better protect and care for all when we speak about Covid-19 with both accuracy and empathy – something we should all strive for.’ 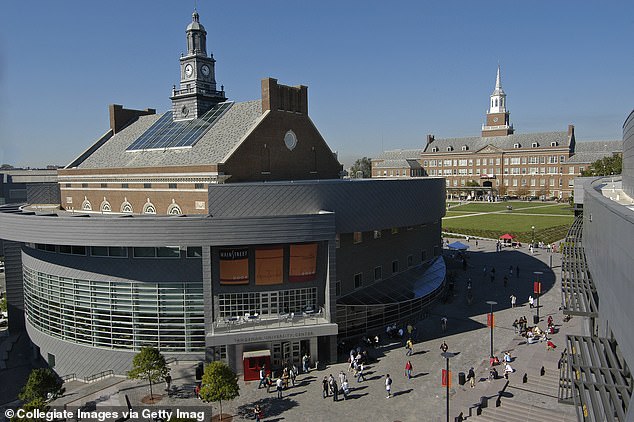 Weidner subsequently said that Ucker would remain on leave for the full semester while his bosses ‘contemplated’ his future at the college.

‘As an isolated reference, the term ‘Chinese virus’ did not meet the threshold to be designated harassment,’ Weidner said.

‘However, it did represent poor judgment, caused offense to members of our community, and distracted from the learning environment.’

Ucker’s final fate at the university remained unclear until now, when a UC spokesman told the Enquirer that the professor’s contract had not been renewed.

Neville Pinto, the president of UC, had said at the time that ‘there is no place for bigotry in our community or any other… we are better than this’. 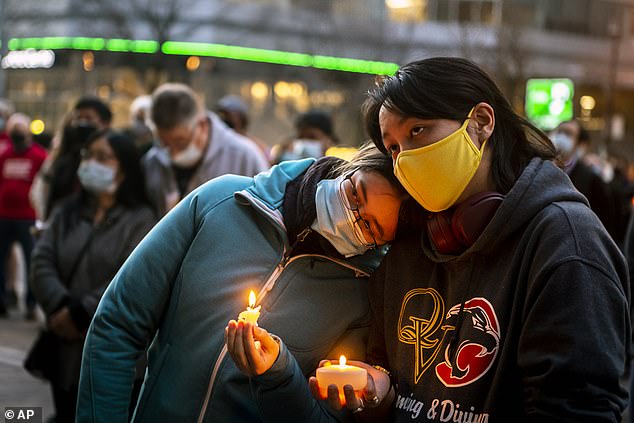 ‘Hate and violence against our Asian American communities is rising and reprehensible,’ Pinto said.

He urged UC to ‘show our strength in unity by standing with our Asian American students, faculty, staff and alumni to renounce all forms of hate and violence’.

Six women of Asian descent were among the eight people killed in the gun rampage in Georgia last Sunday.

The advocacy group Stop AAPI Hate said it knew of 3,800 reports of ‘hate incidents’ since March 2020 when the pandemic began to batter the United States.

‘Not enough has been done to protect Asian Americans from heightened levels of hate, discrimination and violence,’ the group said.

The group last year published a report warning that Trump’s ‘racist or stigmatizing tweets’ made him the nation’s top spreader of anti-Asian American rhetoric.

Posts by Trump using such rhetoric had been retweeted more than a million times as of the final weeks of the 2020 election campaign, the group said.