An elderly man who marched solo on Anzac Day in locked-down Perth is a former One Nation staffer who has previously protested against Covid lockdowns.

Michael Darby wore a sign around his neck that read ‘honour the fallen’ as he hobbled along St Georges Terrace on Sunday.

Perth and the Peel region were plunged into a three-day lockdown on Friday following a Covid outbreak at Perth Mercure Hotel.

The snap shutdown meant that services marking Anzac Day were cancelled in the Western Australian capital. 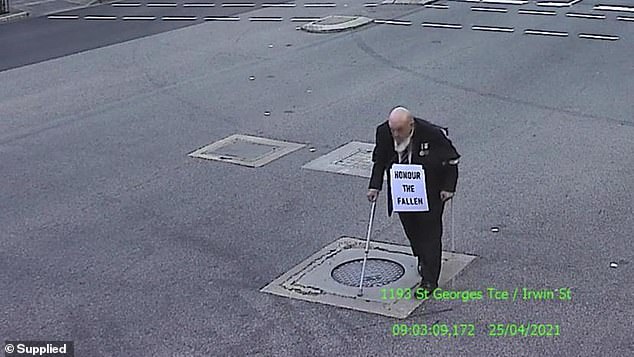 But Mr Darby, donning his service medals, was seemingly undeterred in his efforts to remember servicemen and woman who fought and died for Australia.

Mr Darby, who has attended a number of freedom rallies and anti-Covid protests, worked as an electorate officer for One Nation’s Robbin Scott up until August 2019. 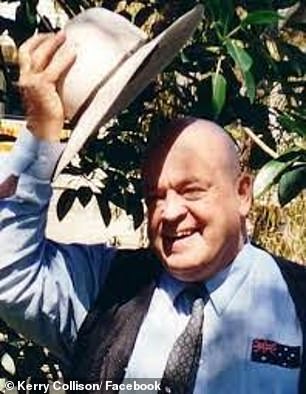 Mr Darby, who has attended a number of freedom rallies and anti-Covid protests, worked as an electorate officer for One Nation’s Robbin Scott up until August 2019

Mr Darby, who never served in battle, told 6PR’s Gareth Parker that he defiantly marched in protest of Anzac Day ceremonies being cancelled for the second year in a row due to the pandemic.

‘Somebody had to do it. There are very many veterans whose only social contact every year is Anzac Day,’ he said on Monday morning.

‘Those chaps and ladies are bleeding because for two years in succession they haven’t had their Anzac Day.

‘Somebody had to make the point that it is not the function of government to tell the RSL how or where or when they should be commemorating Anzac Day.

‘It is none of the government’s business. The government should have stayed out of it, and left it to the RSL to seek their own medical advice.’

In February Mr Darby protested against mandatory Covid vaccinations at a march in Scarborough, north of Perth, and then last month attended attended a freedom rally at Parliament House.

Services and marches were back with limited crowds in most parts of the country. 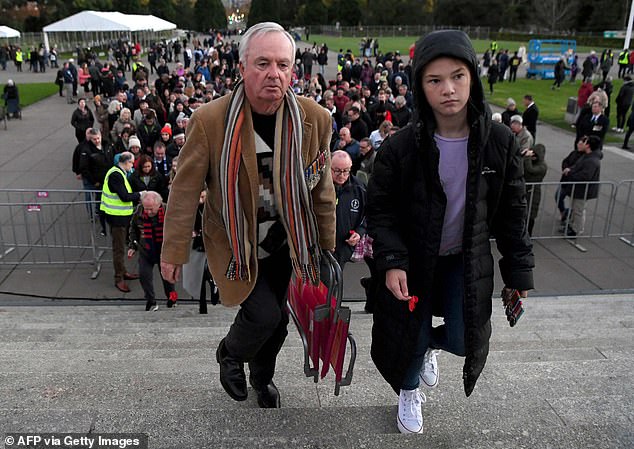 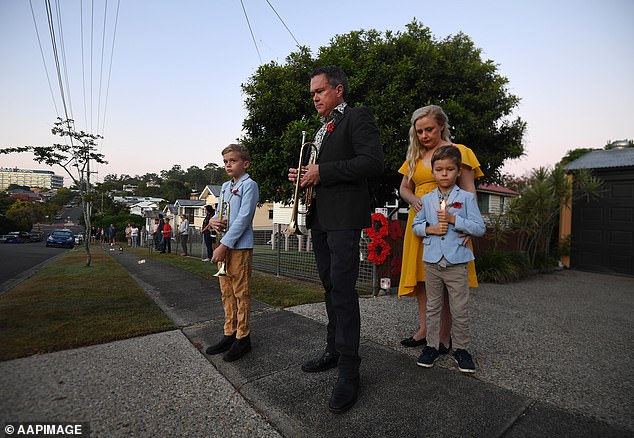 Alastair Tomkins, joined by his wife Katie and their sons Hugo, 9, (left) and Lyndon, 6, stand in silence after playing The Last Post in their driveway, at dawn, as neighbours stand outside their homes to commemorate Anzac Day in Brisbane 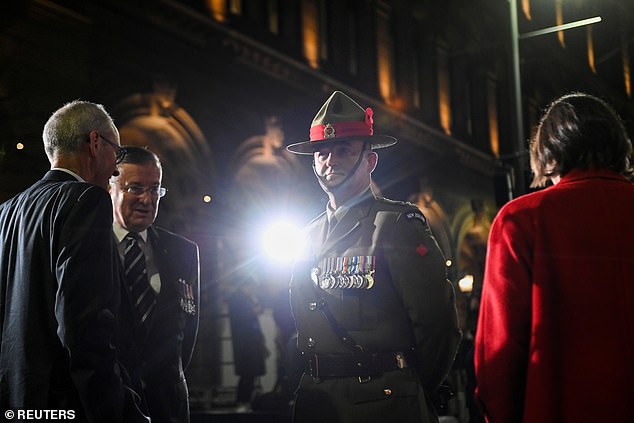 Australians gathered across the country in the chilly dawn to mark Anzac Day at public ceremonies for the first time since 2019. Pictured: People attend the consular corps wreath-laying ceremony commemorating  in Sydney

Only services in Western Australia’s Perth and Peel regions were cancelled after a hotel quarantine outbreak led to community virus transmission and the imposition of a three-day lockdown.

Sunday marks the 106th anniversary of the landings at Gallipoli, a campaign which ultimately cost more than 8700 Australian lives.

Like last year, many Australians paid tribute at home by standing at the end of their driveways at dawn.

Outside of the Sydney CBD, a maximum of 5000 people – excluding spectators – can participate in an outdoor Anzac Day march or dawn service.