By Keith Griffith For Dailymail.com and Wires


U.S. stock index futures slid on Monday, as the prospect of a ban on oil imports from Russia briefly pushed oil above $130 a barrel and added to concerns over spiraling inflation and slowing economic growth.

Countries from Japan to the United States discussed banning Russian oil imports in response to the country’s invasion of Ukraine, fueling an 18 percent jump in crude oil on top of a 21 percent surge last week.

West Texas Intermediate and Brent crude both breached $130 per barrel for the first time since 2008. For every $10 increase in oil, the price of gasoline increases about 20 cents per gallon. 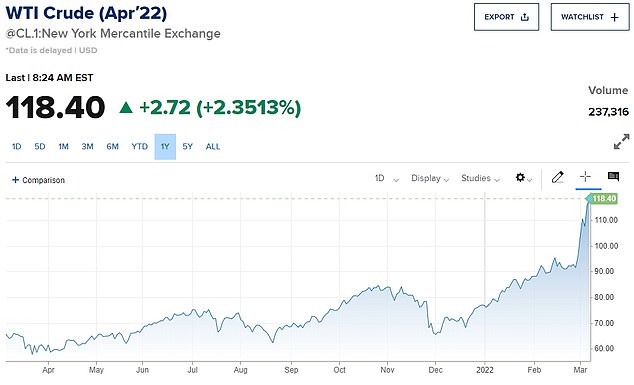 U.S. House of Representatives Speaker Nancy Pelosi said the House was exploring legislation to further isolate Russia from the global economy, including banning the import of its oil and energy products into the U.S.

The move caused the country´s daily oil output to drop by 330,000 barrels.

But reports said U.S. officials may be considering easing sanctions against Venezuela.

That potentially could free up more crude oil and ease concerns about reduced supplies from Russia. 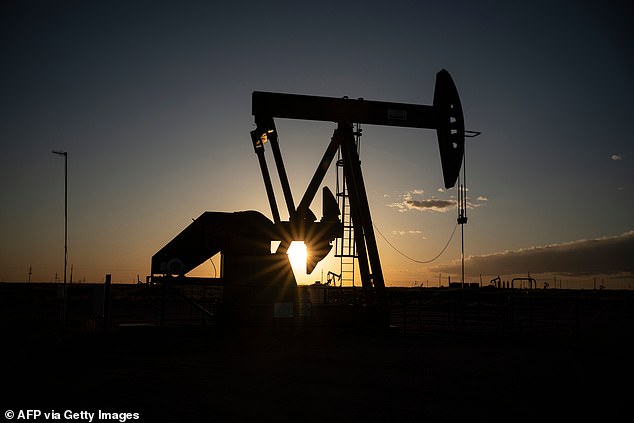 ‘The Ukraine-Russia conflict will continue to dominate market sentiments and no signs of conflict resolution thus far may likely put a cap on risk sentiments into the new week,’ said Yeap Jun Rong, market strategist at IG in Singapore.

‘It should be clear by now that economic sanctions will not deter any aggression from the Russians, but will serve more as a punitive measure at the expense of implication on global economic growth.

Citigroup Inc fell 3.9 percent in premarket trading, the most among the big banks, as Jefferies downgraded the stock to ‘hold’ from ‘buy’.

The S&P 500 banks index is among the worst performers so far this year as investors worried about how the West’s sanctions against Moscow may affect the international financial system.

Shares of megacap growth companies including Tesla dropped more than 1 percent each. 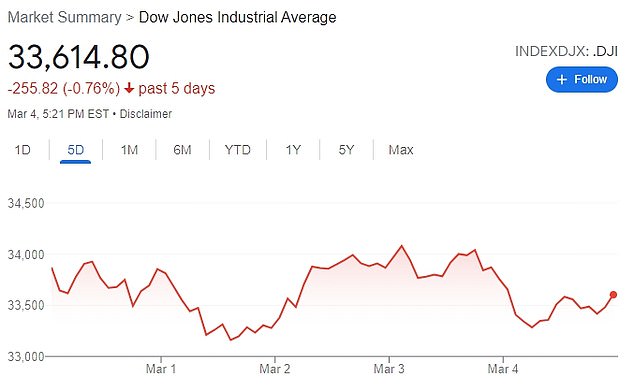 U.S. stock index futures slid on Monday, amid the prospect of a ban on oil imports from Russia

Shares of Bed Bath & Beyond soared before the opening bell after the investment firm of billionaire Ryan Cohen took a nearly 10 percent stake in the company and recommended big changes.

Cohen is the co-founder of Chewy, who last year took a stake in GameStop, the struggling video game chain that eventually named him board chairman.

Stock traders on Reddit, who championed GameStop in last year’s meme stock frenzy, cheered Cohen’s moves at Bed Bath & Beyond, another of their favored companies.