Long distance relationship: Doug Emhoff is not allowed to TEXT wife Kamala Harris for security reasons – so has to communicate through their staff instead – even though they both have an office on White House grounds


Second Gentleman Doug Emhoff can’t even text his wife, Vice President Kamala Harris, and will set up daytime meetings with her through staff.

McClatchy reported this week on Emhoff’s transition from entertainment lawyer to first male spouse of a president or vice president in the United States.

Security concerns have meant an end to using a cell phone and Emhoff driving Harris to work. 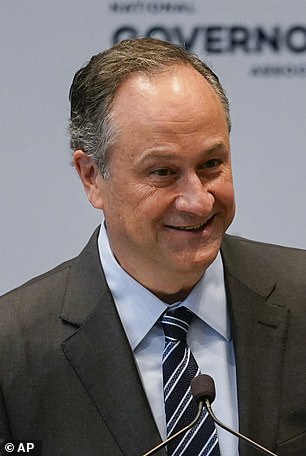 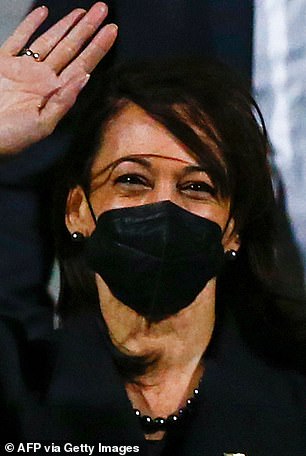 Second Gentleman Doug Emhoff (left) can’t even text his wife, Vice President Kamala Harris (right), and will set up daytime meetings with her through staff 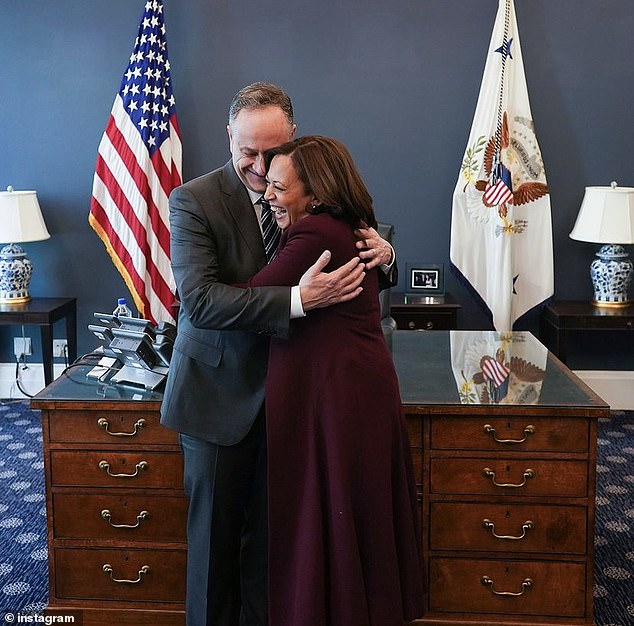 Second Gentleman Doug Emhoff (left) hugs his wife Vice President Kamala Harris. Emhoff now has to book daytime meetings with his wife through staff, despite their offices being across the street from each another 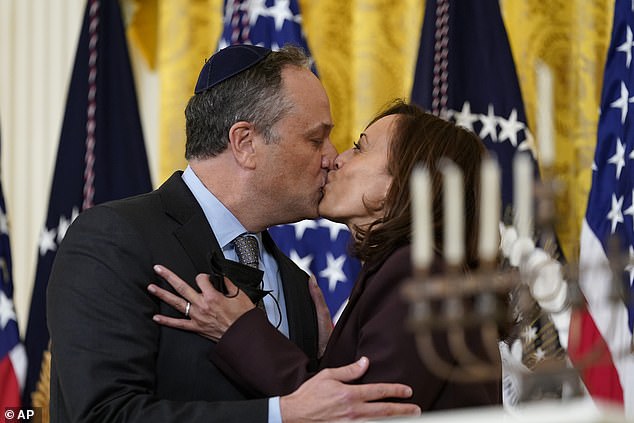 McClatchy reported that when Harris was serving as a U.S. senator Emhoff would drive Harris to and from the U.S. Capitol for votes – and would stand among the staffers waiting for their respective bosses to be done.

The couple work just across West Executive Avenue from one another.

Harris generally works out of an office in the West Wing, near President Joe Biden.

Despite Emhoff not being a paid employee, he’s considered a White House official and has an office in the Eisenhower Executive Office Building.

Harris has a ceremonial office there, where she hosts world leaders and roundtable conversations.

McClatchy reported that sometimes the spouses bump into each other in a ‘happy accident.’

Other times if Emhoff wants to chat with his wife, he asks his staff to find out if he can be scheduled in.

Then, he and his security detail walk across West Executive Avenue and into the West Wing for a meeting.

Emhoff also doesn’t have the same kind of perks as his wife.

While she has access to Air Force Two – which she traveled on to the high stakes Munich summit on Thursday – Emhoff can only use a government plane for solo travel if he’s going to a remote location or if time will be tight.

Otherwise, he still has to travel commercial.

However, Emhoff has gotten around that by sometimes traveling with First Lady Jill Biden on the plane she uses, which is dubbed Executive One Foxtrot.