Mark Meadows, former Trump administration chief of staff who pushed the debunked claims that the 2020 election was stolen, registered to vote in a rusted tin-roofed mobile home where he has apparently has never lived, according to a new report.

If that is true, the ex-North Carolina congressman might have committed voter fraud, according to The New Yorker magazine.

Neighbors of the mobile home in Appalachia listed on Meadows’ voter registration said they have never seen the politician there, magazine scribe Charles Bethea reports.

When he quit his elected position to join the Trump administration, Meadows sold his property in Sapphire, North Carolina, and moved to a condo with his wife outside of Washington, D.C.

He didn’t buy any new property in the state, but in September 19, 2020, he registered to vote in the 11th Congressional District he once represented at a mobile home on Scaly Mountain, North Carolina. His move-date was listed as September 20.

Duke University public policy professor Gerry Cohen, who wrote the state’s voter-challenge law, says that registration is supposed to be for ‘where you physically live.’

The former owner of the Scaly Mountain shack, who was not named in the New Yorker piece, says that Debbie Meadows, the former chief of staff’s wife, rented the home and is friends with the neighbors, but said ‘he did not come. He’s never spent a night in there,’ referring to Mark. 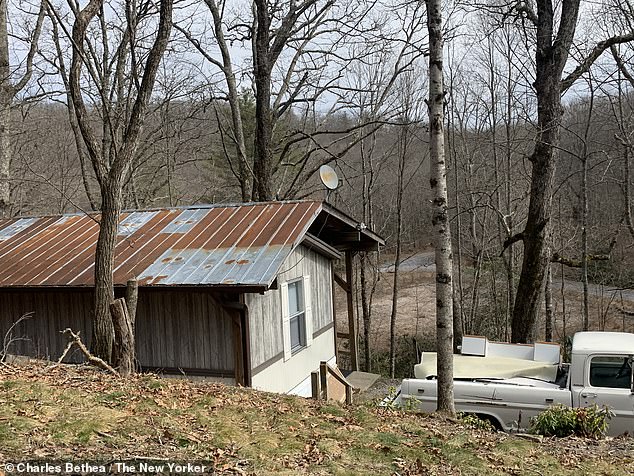 Mark Meadows, former Trump administration chief of staff, registered to vote in a rusted tin-roofed mobile home (pictured) where he has apparently has never lived, according to a new report 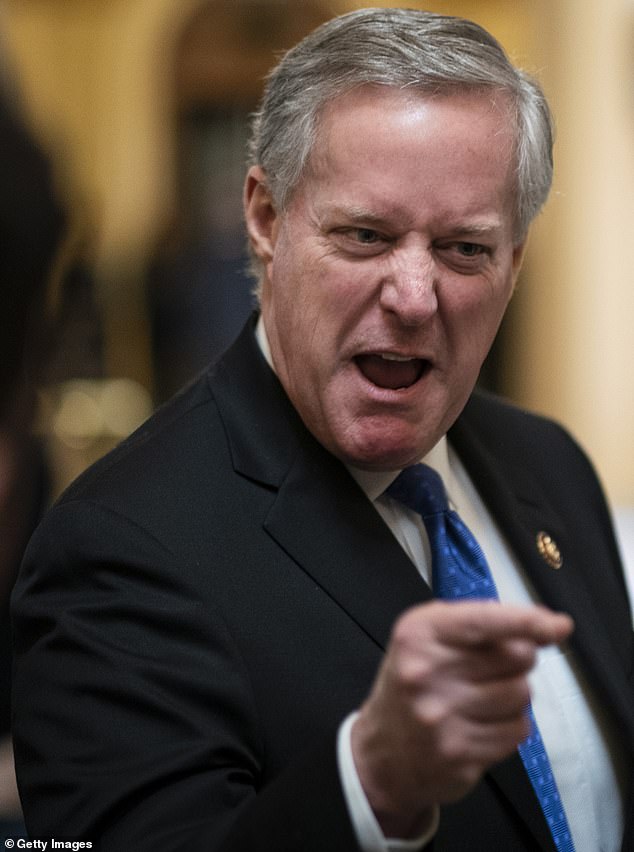 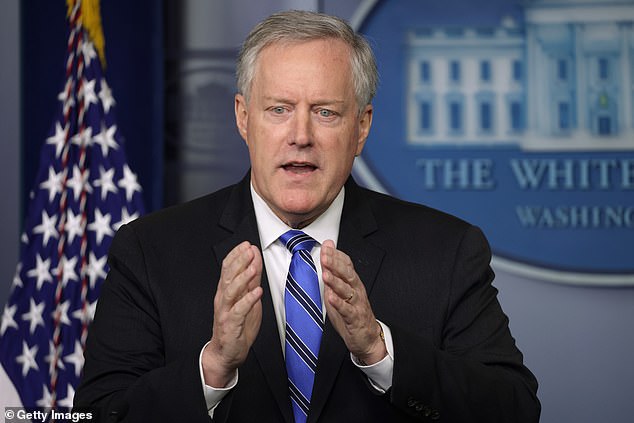 Mark and Debbie Meadows own a $1.6 million lake-front property in South Carolina

The current owner, Ken Abele, who bought the property a year after Meadows registered there, was surprised to hear the former congressman and chief of staff had considered it home.

‘That’s weird that he would do that,’ he told the New Yorker. ‘Really weird.’

A neighbor of the mountain address said that she hosted Debbie and the couple’s children, but did not vouch for Mark Meadows.

She later clarified, ‘Debbie, I don’t know what the kids did.’

Mark Meadows didn’t comment on his residency, but a Macon County, North Caroline, election official said that it would be up to a challenger of the registration to prove that it is fraudulent.

Meadows and his wife bought a $1.6 million lake-front property in South Carolina in 2021, according to the New Yorker. 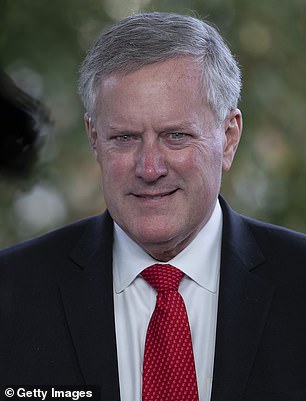 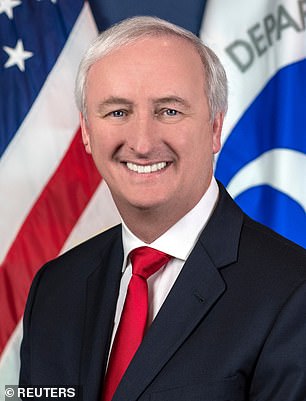 Meadows moved to the Tar Heel State in the mid-1980s and started a sandwich shop called ‘Aunt D’s’ in the Highlands part of the state. He became a real estate broker before running for Congress in 2013.

He left the seat in 2020 to join the Trump administration where he pushed the debunked theory that the election was stolen from the former president.

He pushed the Justice Department to look into a theory that the Italian government hacked voting machines using satellites, according to The New York Times.

In fact, he sent five emails to then-acting Attorney General Jeffrey Rosen urging him to investigate the ‘ItalyGate’ theory, the paper reported.

Rosen never agreed to the investigations, according to emails provided to Congress and obtained by the outlet. Sources said that Rosen rejected the requests from Meadows.