Seaside resort in Devon turns into sea of yellow after investment banker left town his entire £2.3m fortune and asked for million flowers to be planted in his memory

A Devon seaside town has become a sea of yellow thanks to a former resident who left it his fortune when he died and flooded the area with flowers.

Sidmouth has burst into colour thanks in part to Keith Owen, a Canadian investment banker who lived there.

He died in 2007 but left his entire £2.3million savings to the town’s Sid Vale Association, with his dying wish for a million flowers to be planted. 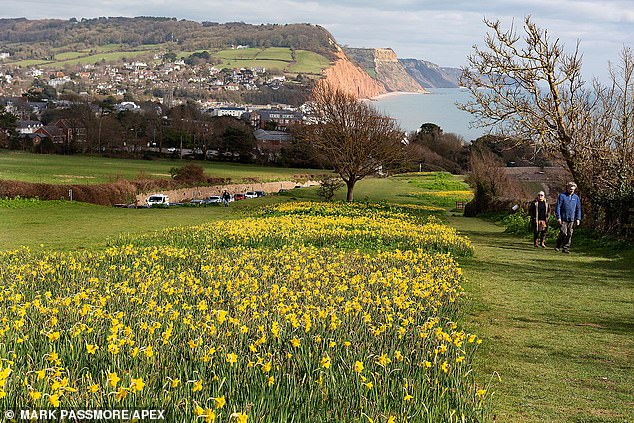 Sidmouth has burst into colour thanks in part to Keith Owen, a Canadian investment banker who lived there 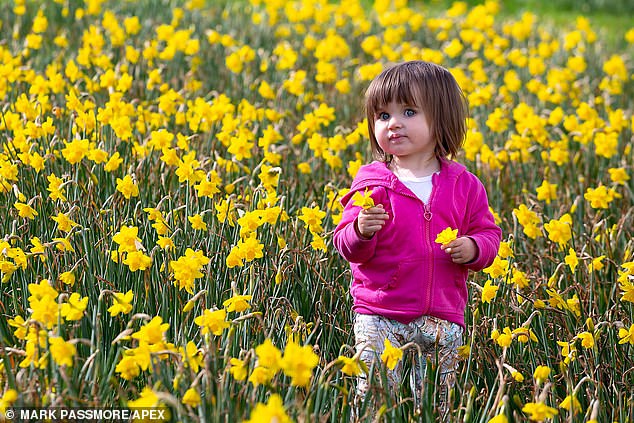 Keith Owen died in 2007 but left his entire £2.3million savings to the town’s Sid Vale Association 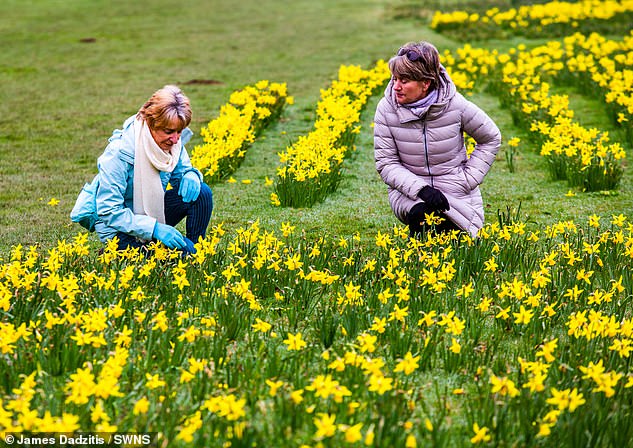 The Canadian’s dying wish for a million flowers to be planted. It is hoped the flowers will bring joy to residents and visitors

Richard Eley, President of Sidmouth Chamber of Commerce said: ‘One of the last instructions he gave was the money should be used for big ideas and imaginative projects.

‘And so instead of just planting some daffodil bulbs, Sidmouth decided to plant a million.

‘It was a huge community effort over two or three years and so there are daffodils all over the valley and it looks great.

‘It brings life and a sense of springtime to the whole town.

‘We’ve got an awful lot of footpaths here – 62 miles within the parish – and so walking has become a big thing.

‘So the appreciation of the countryside and the wildlife has been accentuated I think as a consequence of the pandemic and so I think the daffodils probably have helped people get through the whole process.’

Peter Moss, who is on the committee for the Keith Owen Fund, helps choose which community projects get funding.

He said: ‘We help all sorts of organisations get funding, mainly organisations where people have put voluntary time and effort into it.

‘I think there has been something over a hundred awards at the moment, so we are incredibly fortunate.’

With the daffodils in place, the hope is that Keith’s legacy will bring happiness to locals and visitors for generations to come