For consumers, it’s one of the body blows of Brexit. Since Britain left the EU, tens of thousands of shoppers have been hit by a raft of unexpected extra charges when buying goods from websites based in Europe.

In some cases, there have been demands of nearly a half as much again on top of the asking price before couriers would hand over the goods.

Not only are these being imposed when consumers were promised a tariff-free future – but many of the shoppers had no idea that the websites were based overseas, and were never warned at the check-out that they would have to pay more. 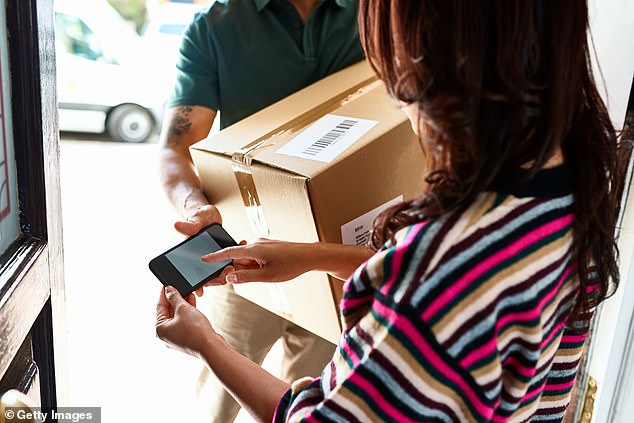 Hidden fees: Since Britain left the EU, tens of thousands of shoppers have been hit by a raft of unexpected extra charges when buying goods from websites based in Europe

To make matters worse, the retailers often don’t understand what charges they should apply under the new post-Brexit rules — some are rigorous in demanding the extra costs, while others don’t bother and still more are charging far more than they should, often unwittingly.

So what exactly is behind these additional bills?

Here, we explain the complicated mix of VAT, customs and delivery charges, which has left shoppers baffled, angry and often without their shopping…

Some of the extra charges come in the form of a VAT bill, to be paid on delivery of the goods.

Before we left the EU, a British internet shopper buying, say, a shirt from Spain, would be quoted a price that included 20 per cent VAT and the retailer would pass on that VAT to the Spanish treasury.

Likewise, Spaniards buying British goods on the internet would be charged VAT by the retailer who passed it on to HMRC.

Now we have left the EU, UK shoppers are expected to pay the VAT themselves on many goods from EU websites – and retailers should not be including VAT in the price on the site for those goods.

‘The sales are now treated as exports,’ says Michelle Dale, a VAT specialist at the accountancy firm UHY Hacker Young.

‘They incur no taxes in Spain. But when they arrive in the UK there will be ‘import VAT’ to pay to HMRC.’

But it is more complicated than that. For products from the EU worth less than £135, the EU retailer should be levying the VAT from the customer and passing it on to the HMRC, which means there should be no extra charge on delivery.

For goods worth £135 or above, the VAT should be paid in Britain by the customer on delivery.

However, while larger firms have registered with HMRC and will collect the VAT on behalf of the British customer, many smaller companies haven’t done the paperwork, or think it is too much hassle to register with HMRC.

It means it’s a lottery as to whether you are charged VAT by couriers and on what value products. Often, customers are being charged twice — both at the point of sale and on delivery. 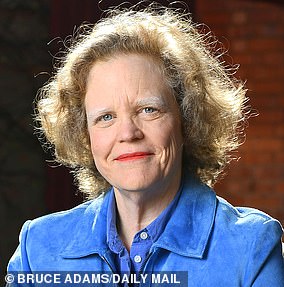 Penelope Pullan, 53, an author from Loughborough, lost 3 stone during lockdown and decided to buy new clothes.

She ordered a cashmere cardigan and some tops from Scotch & Soda, which she thought was a British company, but it is based in Amsterdam.

Penelope was shocked that the driver asked her to pay the fees if she wanted the parcel or it would be returned.

The clothes were sent back to Scotch & Soda and she has been refunded. She says: ‘I couldn’t take the risk. It was an utter mess.’

That arbitrary figure of £135 is also the value at which customs duty becomes liable post-Brexit and it will have to be paid on delivery as well as any VAT.

The duty level depends on what the item is, but it ranges from about 2 per cent up to 25 per cent of the value of the product, with most fashion items incurring about 10 per cent to 12 per cent.

This duty has to be paid by the UK shopper, not the EU shop. Delays are also leading to cancellations.

Anthony Bale, 46, an academic from South London, bought some sportswear online for £116 on January 6 from Spanish brand Joma.

Using the ‘track my order’ function, however, Anthony could see that his parcel was still sitting at Madrid airport until February 5.

Anthony then got an update to say the parcel had been sent back to Joma.

A further week later, the sportswear company emailed him with an explanation: ‘We have to cancel your order, as we are having logistical issue and delayed in custom [sic] as a result of Brexit.’ Anthony was later refunded by the company.

How does the UK shopper physically pay all this extra VAT or duty?

‘It is up to the carrier, such as DPD or UPS to pay the import charges and collect them from the shopper before delivering the goods, but they will also levy a handling charge for doing this,’ says Dale.

DHL, for instance, charges 2.5 per cent of the liable VAT and duty with a minimum fee of £11, while Royal Mail charges £8. 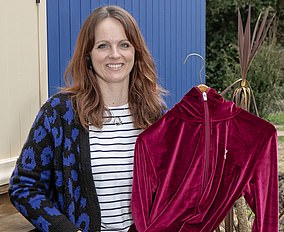 Lisa Walpole wanted to buy something for herself for her 40th birthday in lockdown on January 15.

‘I thought I’d treat myself and my twin brother, Andrew, to a jumpsuit. I’d bought one before, from OnePiece. And I thought it’d be really fun: a red, velour jumpsuit,’ she laughs.

The Norwegian company (now based in Amsterdam) claim to be responsible for the onesie boom a decade ago.

Lisa put in the order after New Year totalling £236, but later received an email from UPS demanding customs charges of £121. The mum-of-three, who is a trainee therapy counsellor, couldn’t get through to OnePiece.

But when UPS delivered the parcel to her home in Norfolk, no one asked her to pay. ‘The normal delivery driver was off. There was a replacement one and he didn’t ask for any money.’

But, a few days later, Lisa’s usual delivery driver rang the bell. ‘He said, “I am really sorry but I need to ask you to pay this money”.’

Lisa paid the bill by credit card. When she got through to OnePiece, she was promised a refund. ‘OnePiece did the right thing — eventually. It has now sorted out its website.’

To make matters worse, goods sent from abroad incur VAT if they are valued above £39.

Again, the recipient has to pay it, not the sender. If they are above £135 in value, they will also incur a customs duty of 2.5 per cent of the goods value.

WHAT ABOUT AMAZON OR EBAY?

Amazon, eBay, Etsy and other online marketplaces are now liable for paying VAT and duty on shoppers’ behalf under new laws that came into force coincidentally at the end of the transition period on January 1.

So shoppers buying on these platforms should not be hit by unexpected charges — extra costs should be taken at the point of purchase.

But customers are still reporting problems.

Simon Grice, 60, a car mechanic from Sheffield, bought a 1970s Sicura watch from a Spanish watch dealer on eBay in early January. It cost £177, plus £15 postage and packaging.

But a week after paying via PayPal, he got an email from shipping firm UPS demanding a further £48 in import duties and VAT for the item to be released from Spanish customs.

Simon paid the fees, but the watch took another couple of weeks to arrive.

‘From what I understood, Brexit was going to involve frictionless trade and I’d get any item within a week,’ says Simon.

‘I might get a small import charge, but I certainly didn’t expect it to take four weeks and cost nearly £50 extra. I won’t be shopping from Europe again.’