By Sam Merriman For The Mail On Sunday


Ukrainian athletes put on a defiant display during the first day of the Winter Paralympics in Beijing, topping the medal tables with three golds.

As the world willed them on, the country’s athletes got off to a blistering start, later dedicating their seven-medal total to those suffering back home. 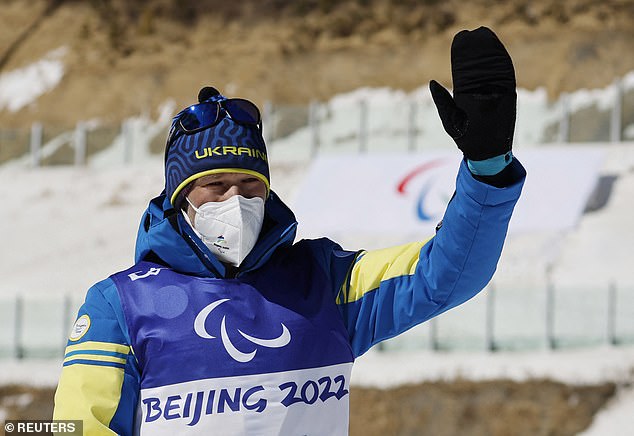 Mr Lukianenko is from Kharkiv, a city reeling under daily bombardment, and has not spoken to his wife and daughter back home since arriving at the Games – not even to tell them of his victory.

The Ukrainian delegation of 20 athletes and nine guides spent four days travelling to China via Poland, Slovakia, Austria and Italy, with many escaping as shells bombarded their home towns.

Mr Vovchynskyi said: ‘I’m trying to do my best to represent my country and make the whole world hear the name of Ukraine every day.

‘I am worried and afraid. I dedicate this race to Ukraine and peace.’