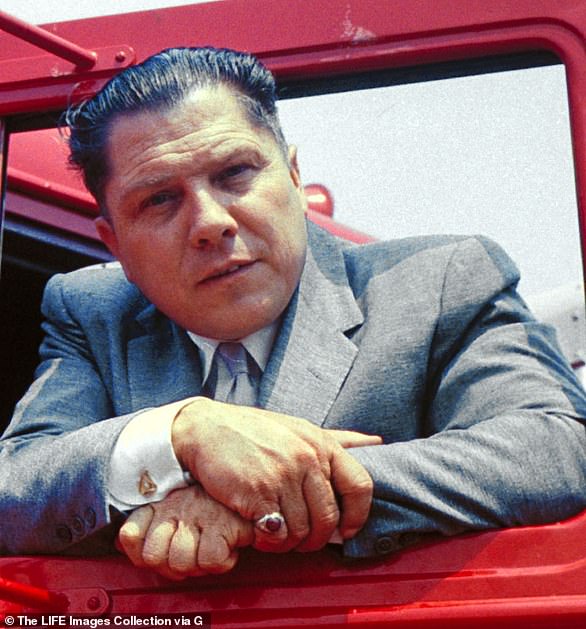 Teamsters boss James R. Hoffa vanished in 1975 after arriving at a meeting with mafia bosses a Detroit restaurant

A number of theories have popped up over the years on where Jimmy Hoffa, long believed to have been killed by the mafia, may be buried – even sparking jokes on the disappearance in the 2003 film Bruce Almighty. 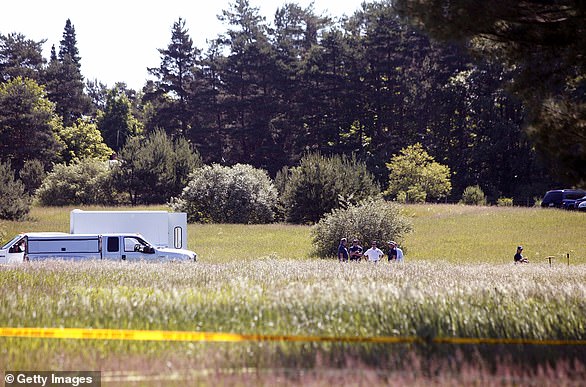 In 2013, a man the FBI said was a former high-ranking member of Detroit’s organized-crime family told WNBC that Hoffa was buried in a Michigan field about 20 miles north of the restaurant where he was last seen.

Anthony Zerilli told the outlet he found out about Hoffa’s death while in prison after he was convicted for being involved in illegal operations in Las Vegas casinos.

Zerilli said Hoffa was buried in a shallow grave on property owned by Detroit mob boss Jack Tocco because the mob planned to later move the body but never did.

The FBI started investigating the property on June 17, 2013, based on information provided by Zerilli.

The FBI told NBC News at the time that it had deployed 40 agents to conduct the search but found no human remains after digging for three days.

In 2012, police took samples from the ground under a suburban Detroit driveway once owned by a bookmaker for mob captain Anthony Giacolone after a tipster reported having witnessed the burial of a body there around the time of Hoffa’s disappearance.

However, the samples were tested by Michigan State University anthropologists who found no evidence of human remains, the Detroit Free Press reported at the time.

‘But after the time and effort put into it, you have hope that there’s something there, but of course we’re glad that it’s not, because that (would have) meant some poor soul had been there all these years.’

Underneath the field at the former New York Giants stadium

In 1989, a self-described freelance hitman told Playboy magazine that Hoffa was shot and dismembered in a Mafia house and buried near the end zone in the old Giants Stadium in East Rutherford, New Jersey, when it was was under construction.

Donald ‘Tony the Greek’ Frankos, who was a federally protected witness in the New York trial of alleged organized-crime boss John Gotti, described in graphic detail the method he says was used to kill Hoffa.

Frankos claims he told the FBI in 1986 that Hoffa was killed by alleged Irish mob boss Jimmy Coonan in a house near the Detroit suburb of Mount Clemens.

An official with the State Commission of Investigations in New Jersey at the time called Frankos’ story ‘possible but … improbable.’

Hoffa’s body was never found at the site – even after the stadium was ultimately demolished in 2010. But other bodies were unearthed during the construction of the former Giants Stadium, the New York Daily News reported.

Retired FBI agent Jim Kossler told the outlet how contractors would call the county prosecutor’s office every time they dug up a corpse ‘but eventually decided it disrupted the work too much.’

In a steel drum at New Jersey landfill site 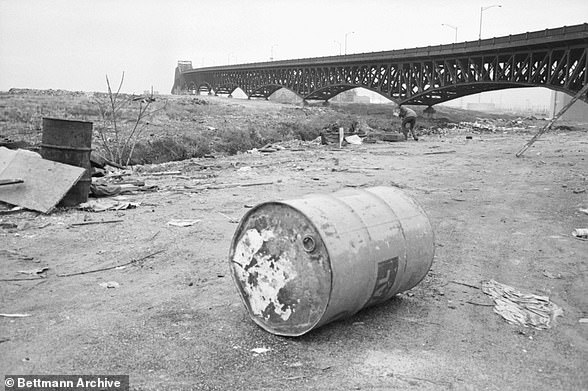 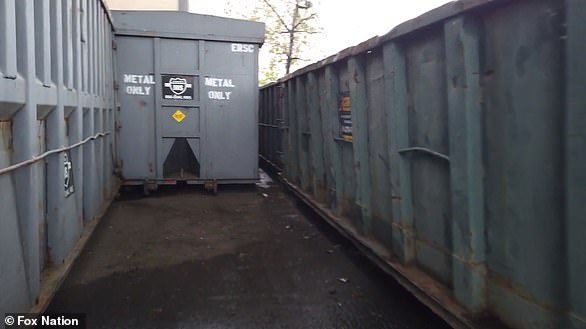 Frank Cappola, the son of the late mobster Paul Cappola Sr., told Fox Nation in February that Hoffa is buried in a steel drum at a New Jersey landfill site beneath the Pulaski Skyway.

The site used to belong to Cappola’s father but is now owned by the New Jersey Department of Transportation and is used by a local waste management company to store unused dumpsters.

Hoffa was murdered in Detroit and his body was taken back to New Jersey, where Cappola’s father allegedly put him in a barrel and buried him in a spot where he thought the ground would not be disturbed, he said.

That location was right next to a spot that the government had investigated in the 1980s.

Fox Nation host Eric Shawn visited the site with a team of excavators but did not dig – instead using radar technology in a bid to prove that the ground had been disturbed while waiting for law enforcement to intervene. 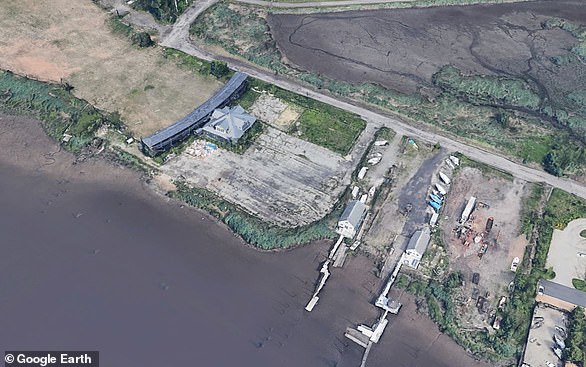 Another speculated location is 200 Outwater Lane in New Jersey – although Phillip Moscato Jr, whose father was mobster Phillip ‘Brother’ Moscato Sr., does not reveal where exactly he thinks Hoffa’s remains are

In a garbage disposal facility in Hamtramck, Michigan

The New York Daily News also reported that there was another theory that the body had been incinerated in a garbage disposal facility in Hamtramck, Michigan.

A Detroit mobster told GangsterReport.com that ‘within a half hour of taking two in the head, Jimmy Hoffa was ashes.’

“All this running around looking for a body is laughable, there ain’t nothing to find. And he wasn’t the first either. Bozzi Vitale and Jimmy Q got rid of a bunch of bodies the exact same way,’ the mob insider said.

‘Abracadabra, you’re corpse is suddenly gone, no evidence, no nothing. It’s not that complicated.’ 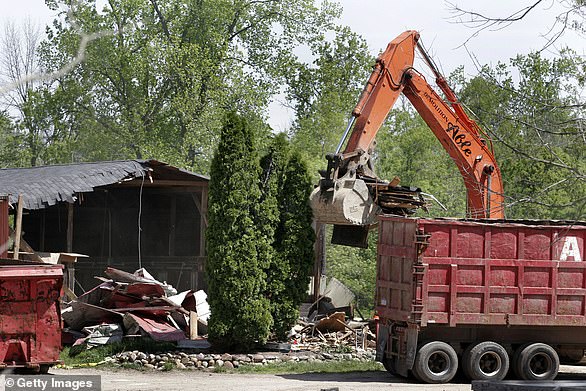 Another theory said Hoffa was buried at the Hidden Dreams Horse Farm in Milford, Michigan. Demolition workers are seen tearing down a horse barn for the FBI during the search for Hoffa in 2006. The FBI received a tip, reportedly from Donovan Wells who lived on the farm, that the Hoffa was buried on the farm.