Disturbing new details have surfaced about a perverted online sex predator who manipulated young girls into giving him explicit photos and videos.

Ranpati Amarasinghe, a 24-year-old Deakin University student, threatened to send sexual photos to young girls’ parents unless they sent him more explicit material until he was arrested in his home in Melbourne in 2020.

Amarasinghe came to Australia on a student visa and was working at Woolworths while he carried out his campaign of terror.

He ruthlessly harrassed six victims, one of which was only 10 when they began talking, over the course of two years. 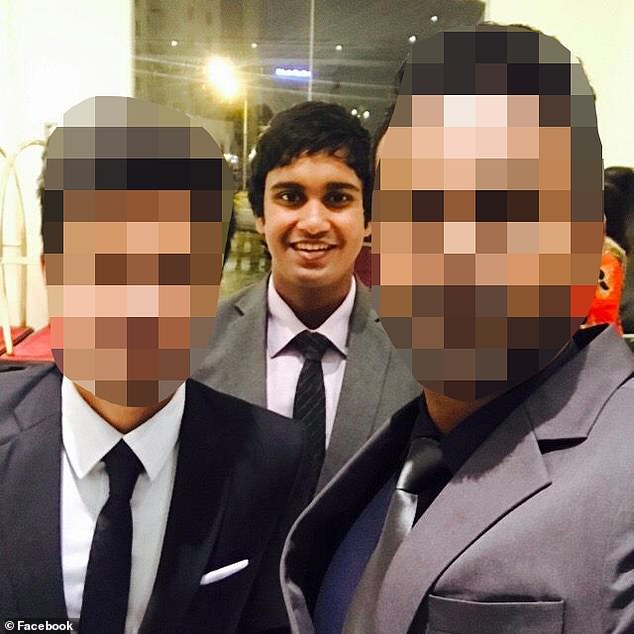 Ranpati Amarasinghe (above), a 24-year-old Deakin University student, would threaten to send sexual photos to young girls’ parents unless they sent him more explicit material until he was arrested in his home in Melbourne in 2020

During that time he said the girls were ‘wh**es’ who deserved to have their lives ruined.

He would ask the girls to send him an initial image and would then use that image to blackmail his victims.

If the girls refused to send the 24-year-old more explicit material, he would threaten to send the first picture to their families and friends.

Australian Federal Police received tips from a police department in the US, the FBI and London’s Metropolitan Police in March 2020 that led to Amarasinghe’s arrest in September 2020, according to the AFP’s Superintendent Aaron Hardcastle.

Mr Hardcastle told NCA NewsWire Amarasinghe’s crimes were some of the worst he had ever seen because he was so persistent in the harassment of his victims.

‘I couldn’t imagine being in their situation. It’s terrifying to have somebody on the other end, who you’ve never met but he’s got something of yours which is very personal.’ 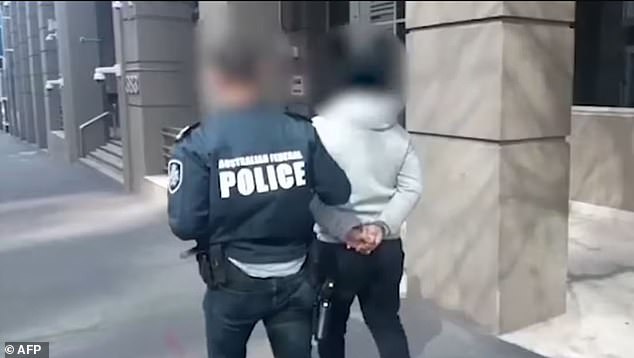 Australian Federal Police received a tip from a police department in the US, the FBI and London’s Metropolitan Police in March 2020 that led to Amarasinghe’s arrest in September 2020

Mr Hardcastle said online predators often believed they were acting behind a wall of anonymity when they committed crimes and used multiple accounts to target several victims at once.

‘They don’t realise their footprint on the internet is like a fingerprint in many respects, we’re always going to find them,’ he said.

‘The victims were deceived into self-producing child abuse material…that material was weaponised against them in a campaign to punish and shame them for trying to stop that further abuse.’

Judge Douglas Trapnell called Amarasinghe’s crimes ‘inhumane’ after the court heard the predator would tell his victims he would ‘ruin’ them and that ‘wh**es deserve to be exposed’.

‘It serves to demonstrate the depths you were prepared to plunge to in your perverted and quite frankly inhumane mission to completely destroy your victims’ lives,’ he told the court.

The court heard that in November of 2018, Amarasinghe began talking to ‘BW’ who was 13 at the time. 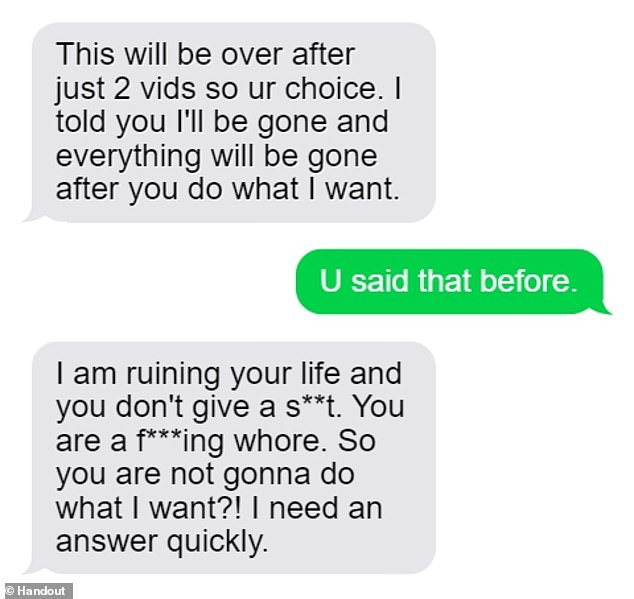 In a conversation with one of his victims, Amarasinghe told her he was ‘ruining her life’ because she was a ‘wh**e’

Amarasinghe, using the name ‘John’, had asked her to send naked photos and videos.

Initially she agreed but later decided she didn’t want to send the explicit material to ‘John’ anymore.

However Amarasinghe then threatened to send the previous material to BW’s friends and family if she didn’t send more.

Another victim called ‘LB’ met Amarasinghe on Instagram and sent him nude photos and videos before blocking him.

When she had asked Amarasinghe to stop his attack on her, he told her: ‘I told you I’ll be gone and everything will be gone after you do what I want.

She blocked him on the photo sharing app but he found her Instagram and continued to threaten her there.

He told ZZ that if she didn’t send him an explicit video he would tell her friends she was a ‘wh**e’.

At one point a victim’s mother messaged Amarasinghe that her daughter was suicidal to which he responded that he hoped she died.

In June of 2020 police investigated an account used by Amarasinghe under the username ‘Sarah.lake5’.

Amarasinghe used the account to send three explicit videos of ZZ to an unknown user in 2018.

After sending the videos, Amarasinghe asked the user: ‘Do you know any other guys I should send to? Shall I send to all of ur followers?’

‘Nah none of my followers know them,’ the receiver replied but asked if Amarasinghe had more videos to ‘send em my way bruh’.

Later in the conversation the receiver asked Amarasinghe why he was targeting the girls.

‘Cuz they are sending nudes to other people when they already have bfs bro. I don’t like that,’ Amarasinghe said. 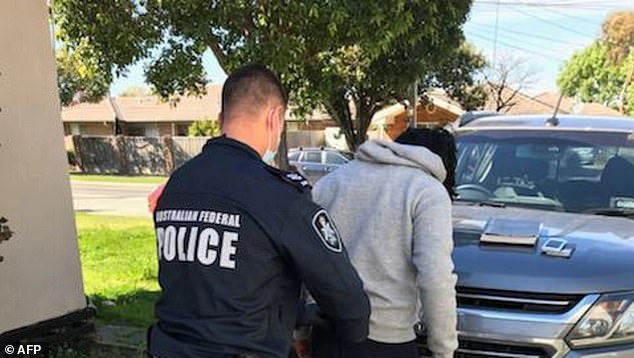 On the devices they found 51 photos and three videos.

Judge Trapnell said Amarasinghe was a ‘brutal coward’ who committed crimes that are ‘as bad as it gets’.

‘You hid behind the cloak of anonymity while acting as a sexual predator online,’ he told the court.

‘It was brutal. It was bad enough to compromise these girls sexually but to carry through with threats.

‘It’s really serious. This is as bad as it gets. I have never seen anything as bad as this in my career.’

On Wednesday, Amarasinghe was sentenced in Victoria’s County Court to a maximum of 13 and a half years behind bars.

The court heard he will likely be deported back to his homeland of Sri Lanka in disgrace upon serving his non-parole period.