Mayor Bill de Blasio proposed giving the one-dose Johnson & Johnson vaccine to tourists visiting New York City even though less than half of residents have had a first COVID-19 shot.

Data from the NYC Health Department shows that there have been 3,713,467 city residents who have received at least on dose of a vaccine, or about 45 percent of all residents. Only 2,779,992 residents, or about 33 percent, are considered fully vaccinated.

Right now, non-residents who can prove they work or attend school in New York City can receive vaccines but the mayor said he wants ‘to go the extra mile and make it easy for tourists.’

‘If they’re here – get vaccinated while you’re here. It makes sense to put mobile vaccination sites where the tourists are,’ de Blasio said at a press briefing Thursday. 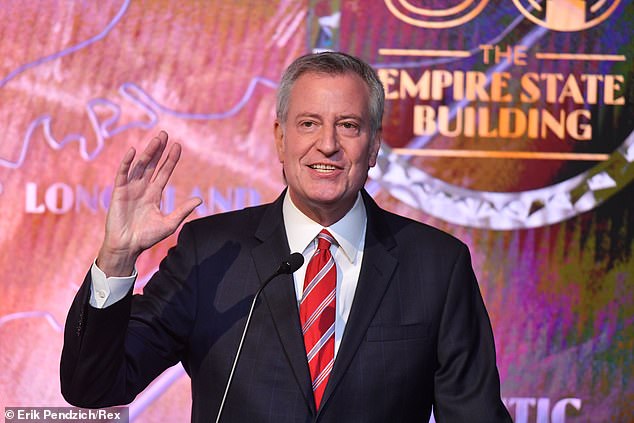 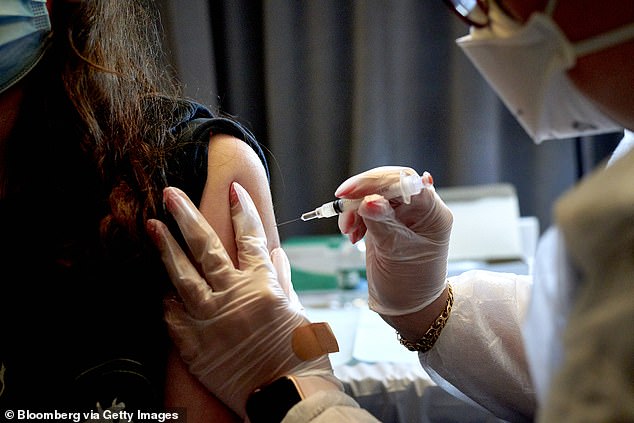 Data from the NYC Health Department shows that there have been 3,713,467 city residents who have received at least on dose of a vaccine, or about 45 percent of all residents 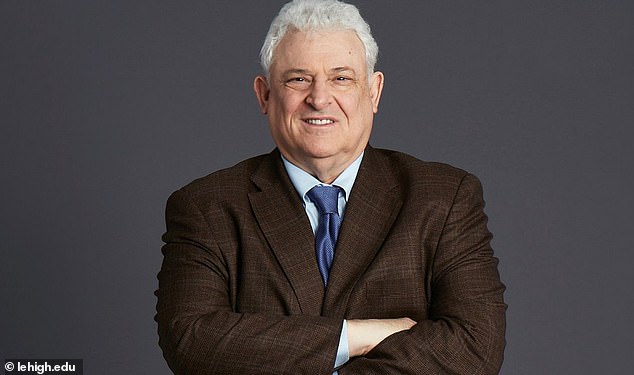 Dr. Arthur Caplan, a professor of bioethics at New York University, blasted de Blasio’s plan as ‘dunderheaded’ in an interview with DailyMail.com.

‘It encourages people who are not vaccinated … people will come here who aren’t vaccinated maybe they’ll do it maybe they won’t. It’s too risky,’ Caplan said.

‘You don’t’ want to bring a large group of at risk people into the city unmonitored. You don’t know how soon it’s going to be before they get vaccinated or if they will.’

The doctor said he supports vaccine passports showing that people have been vaccinated before they arrive.

‘If they can’t travel because they can’t get vaccines, I think that’s unfortunate but it’s not unfair,’ he said.

De Blasio would need permission from state officials in order to create the tourist vaccination program – which he acknowledged in the press briefing.

‘We need the state to alter the rule that will allow us to provide vaccination to folks from out of town,’ de Blasio said, according to Gothamist.

‘But we think this is a positive message to tourists come here, it’s safe, it’s a great place to be, and we’re gonna take care of you, we’re gonna make sure you get vaccinated while you’re here.’ 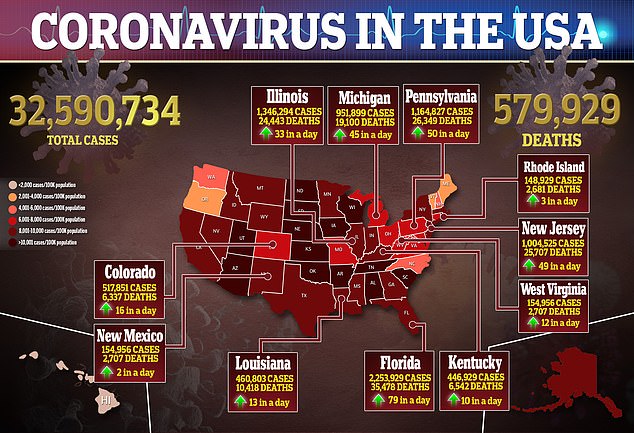 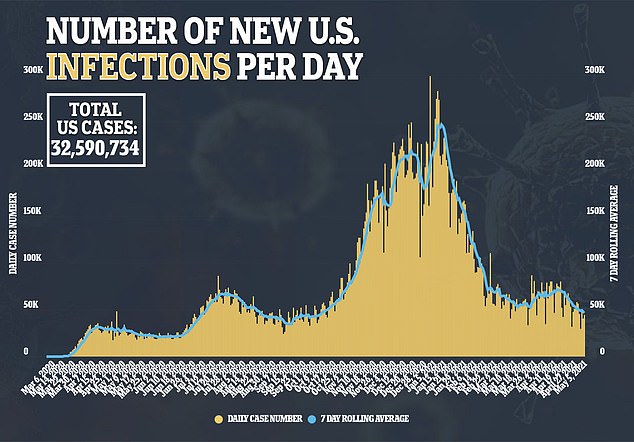 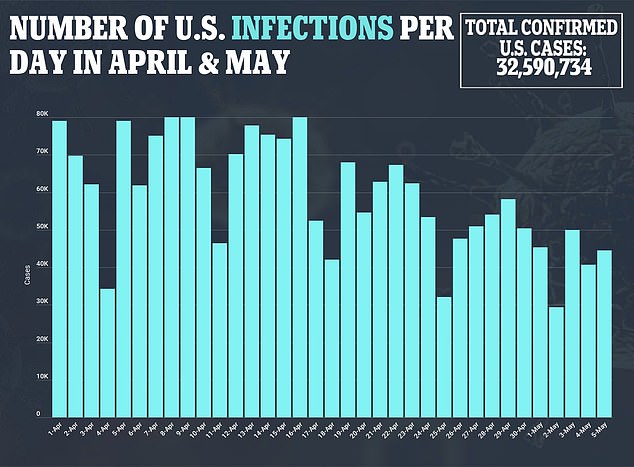 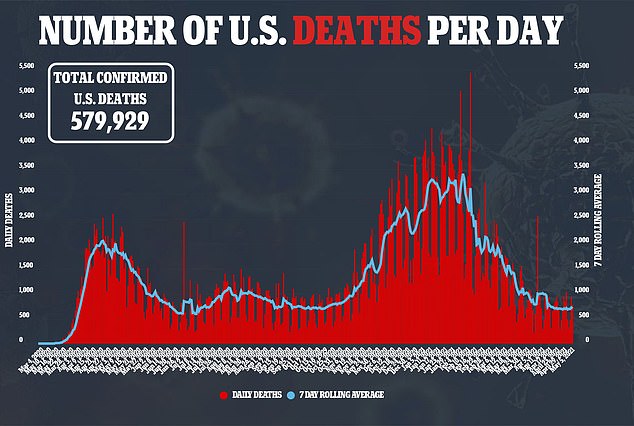 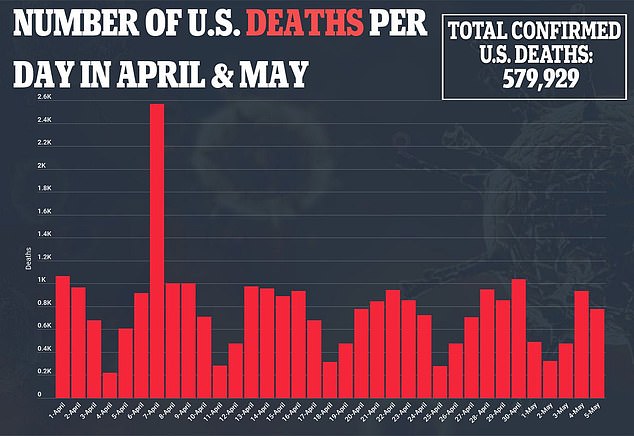 Gov. Andrew Cuomo has expressed support for similar measures in recent days. On Wednesday, he announced that unvaccinated visitors to Yankee Stadium and CitiField, where the Mets play, could get a J&J shot with free tickets to future games.

‘You’re going to the game anyway, it’s on your way, stop and get a vaccine,’ Cuomo said, according to Gothamist.

DailyMail.com has reached out to Cuomo’s office for additional comment.

Dr. Caplan said: ‘It’s one thing to give a ticket [at Yankee Stadium] to come back but it’s another to say, ‘Hey world! Come see us.’

De Blasio brushed off questions from reporters asking about how giving the vaccine to tourists would fight outbreaks in New York City since people are not considered fully protected until two weeks after their shot.

‘The fact is, the more people get vaccinated, the better for all of us,’ de Blasio said.

De Blasio also said during the press briefing that the city does not yet have a plan to track the vaccine status of tourists as they arrive.

New York City is lifting many of its remaining capacity restrictions on May 19 but will allow businesses to decide what coronavirus measures they want to take, Gothamist reported.

There have been at least 18 states that have now dropped residency requirements for people looking to get vaccines, according to NBC News.