Croquet is OK! Sport proves a hit with teenagers and students during the Covid pandemic

By Sean Poulter Consumer Affairs Editor For The Daily Mail

The game of croquet is making a remarkable comeback as an ideal sport for the pandemic.

Clubs across the country have seen the number of new members signing up for beginners courses double.

And these devotees are a long way from the Jeeves and Wooster types who might have enjoyed cucumber sandwiches and Pimm’s on the lawn.

For while traditionally most players are over 50, these recruits include Brownie groups, teenagers and students, while both men and women are competing on an equal footing. 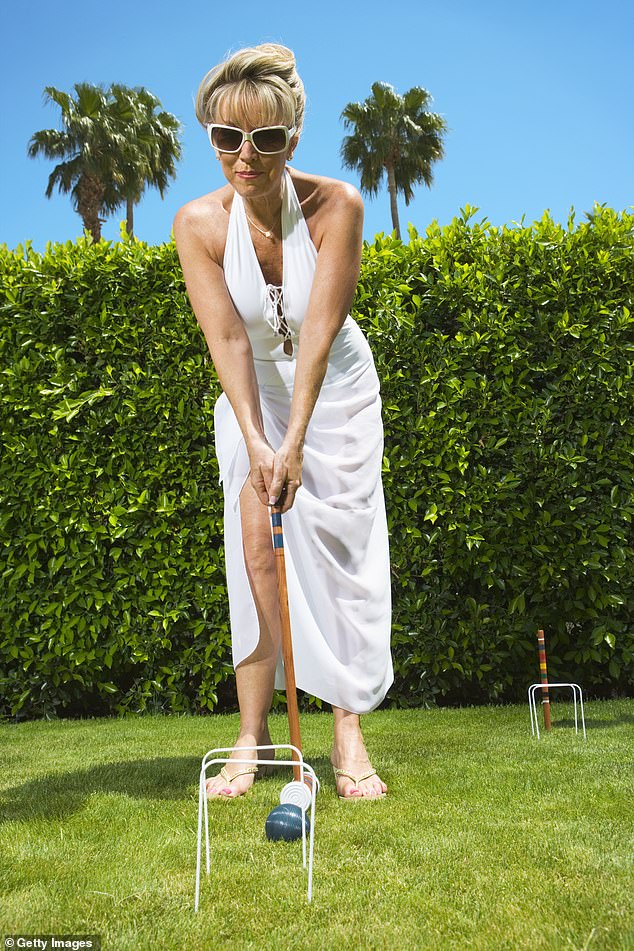 Fans include Pippa Middleton, who wrote a short guide to the game, and in the past celebrities from Snoop Dogg to George Clooney and Brad Pitt have been seen wielding mallets.

And chiefs at governing body The Croquet Association argue it is the perfect pandemic sport.

‘A number of our clubs have reported over double the number of usual sign-ups for beginners’ courses and taster sessions, which are typically held in April.’ Mr Chang added: ‘The pandemic has improved our sport in many ways. Our clubs adopted online booking systems as part of our Covid-19 safety protocols which has significantly increased court usage. 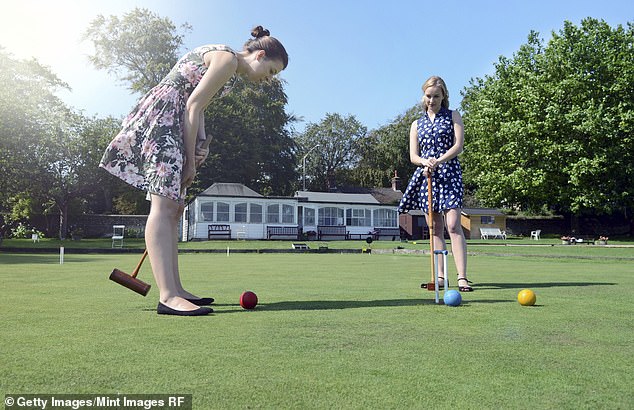 Clubs across the country have seen the number of new members signing up for beginners courses double. And these devotees are a long way from the Jeeves and Wooster types who might have enjoyed cucumber sandwiches and Pimm’s on the lawn (stock image)

‘A mix of ages and genders have contacted our clubs, which reflects the nature of croquet as a static ball sport accessible to everyone.

‘Many clubs reported enquiries from younger people including working age, students, and notably couples looking for a physical sport they can play together. Many mainstream sports separate by gender very quickly and croquet is one of the few where physical strength is less important than touch, accuracy, and tactics.’

John Lewis has also reported sales of its family six-mallet croquet sets are up by 280 per cent on a year ago. While croquet is seen as quintessentially English, it is thought to originate from northern France with influence from crookey, a game played in Ireland.

Game of kings (and Prescott)