The return of Prawn Cocktail Wotsits! Crisp fan, 23, wins life-long mission to convince Walkers to bring back her favourite flavoured snack… that they stopped making when she was FOUR


A devoted crisp eater has convinced Walkers to bring back their Prawn Cocktail flavoured Wotsits after they disappeared from supermarket shelves 20 years ago when she was just four years old.

Yasmin Morgan thinks the puffed snacks are the best and made their return her lifelong mission.

Wotsits’ prawn cocktail flavour were discontinued when Yasmin was just four-years-old but the 23-year-old’s efforts mean she can finally taste them again.

She said her toddler heart was broken when she could no longer get the crisps but has now insisted absence made the heart grow fonder.

The potato snack enthusiast, of South Cerney, near Cirencester, Gloucs, campaigned for a whopping five years to be reunited with her favourite flavour. 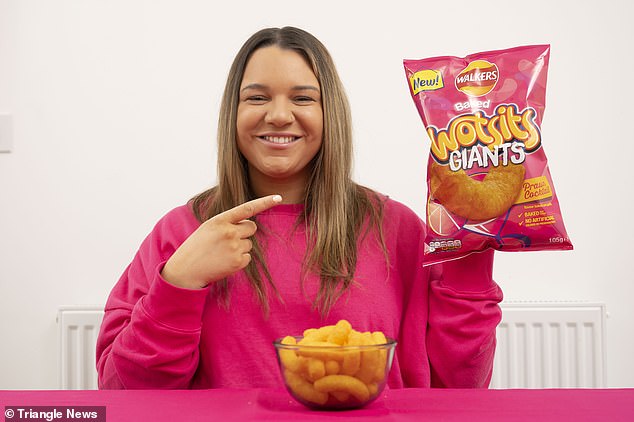 Superfan Yasmin Morgan, 23, (pictured) campaigned for years to convince Walkers to bring back Prawn Cocktail Wotsits which are back on shelves from today for the first time in 20 years

She began to feel crabby when cheese Wotsits weren’t hitting the spot like their crustacean-flavoured sister snack did.

So in 2017, project coordinator Yasmin started a petition calling on Walkers to bring back the discontinued flavour.

The petition garnered over 4,000 signatures on Change.org.

For Yasmin, Wotsits Prawn Cocktail are the best crisps ever made in the UK.

She called on supporters as part of her campaigning to make Britain great again with her by seeing the flavour return.

Superfan Yasmin said: ‘I’ve loved Wotsits Prawn Cocktail for as long as I can remember. 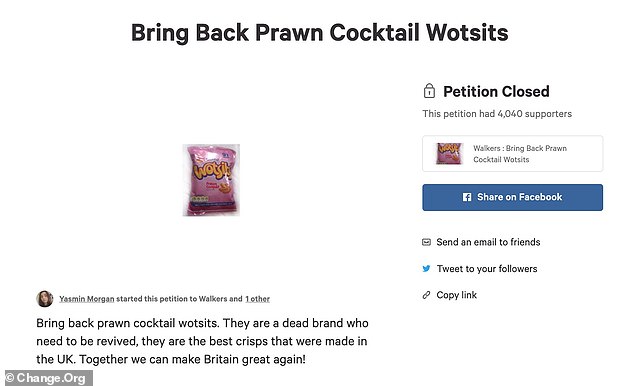 Yasmin launched a petition which garnered 4,000 signatures and saw others contact Walkers

‘When they disappeared off the shelves, I was absolutely gutted.

‘Five years ago, I decided to take the matter in my own hands, with a bit of help from the British public.

‘Never in my wildest dreams did I expect the petition to amass 4,000 signatures.’

Walkers rewarded Yasmin’s effort by giving her an exclusive taste of the crisps before they hit the shelves on today.

The company says that it has been inundated with social media requests from snack lovers backing Yasmin’s campaign. 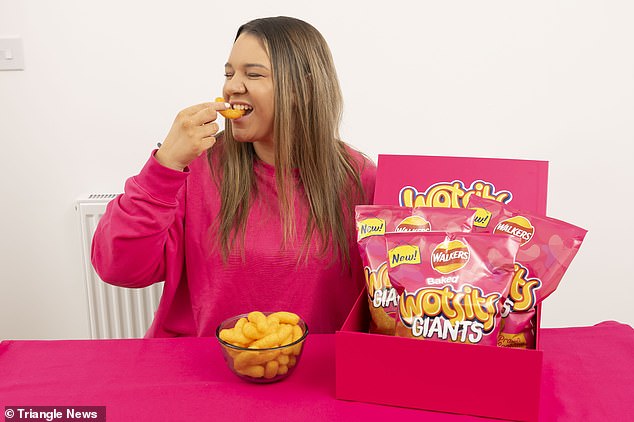 ‘Over the last twenty years the love for them has been incredible to see.

‘Following the public demand and Yasmin Morgan’s petition to bring them back, we’re delighted to share with the nation that they’re officially back.

‘Only they’re bigger now, measuring in at twice the size of the original snack!’

Walkers has been teasing the possible return of the fabled flavour by cryptically responding to fans on social media as far back as 2010.

It used cheeky prawn and side-eye emojis followed by the hashtag #WotsThis.

The baiting sent fans into a frenzy with one saying: ‘don’t play me like this, are Prawn Cocktail Wotsits coming back – I will actually cry.’

Wotsit hopefuls now only have to wait one more weekend to get their fix.

They will be available in supermarkets nationwide for £1.99 from today, March 7.