A millionaire couple have lost a £100,000 court fight after accusing their US business tycoon neighbour of ruining their soft furnishings with the smell of his cigars.

PR boss Nick Boakes, 65, and his husband Harald Denker sued Jonathan Hagmaier and his wife, Mary, after accusing them of polluting the luxury London flat with smoke and leaving his £10,000 rug ‘infested with moths and snails’.

Mr Boakes had rented the £50,000-a-year basement flat of his Grade-II listed Victorian house in Warwick Avenue, Little Venice, to the US power couple in 2018.

Mr and Mrs Hagmaier, who themselves own over 100 properties as part of an investment scheme, were based in the UK for two years and were charmed by the elegant ‘Italianate’ building in a street where properties sell for up to £10m. 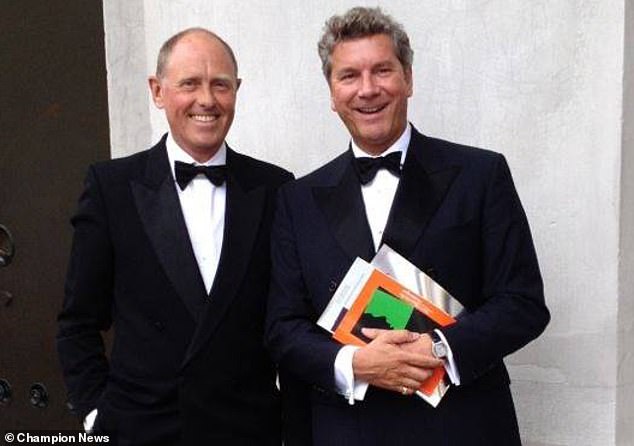 PR boss Nick Boakes (left), 65, and his husband Harald Denker (right) sued Jonathan Hagmaier and his wife, Mary, after accusing them of polluting the luxury London flat with smoke

The row erupted after Mrs Hagmaier complained that former fashion model husband Mr Denker, 58, insisted on decorating their flat with ‘armfuls’ of his own things.

But Mr Boakes and Mr Denker, who live in the apartment above but together own the whole building, claimed Mr Hagmaier’s cigar habit had caused them to suffer ‘coughing attacks, headaches and nightmares’.

After moving out, the Hagmaiers asked for the return of their £6,270 deposit but it was not received, prompting the couple to sue for their money back, with Mrs Hagmaier telling a judge that ‘living underneath Mr Denker and Mr Boakes was one of the most unpleasant experiences I could imagine.’

Mr Boakes, who is non-executive chairman at PR consultancy MRM, ‘counter-sued’ as landlord for £81,538 in compensation, saying they had left a trail of damage, caused by annoyances such as the reek of Mr Hagmaier’s cigar.

After five days in court, Judge David Mayall awarded Mr Boakes just £2,952 in damages and left him to pay the hefty legal costs of the trial, which lawyers said would be at least £100,000.

He also ruled that Mr and Mrs Hagmaier – who accepted that they should pay towards a deep clean of the apartment – are entitled to their £6,270 deposit back.

Former school principal Mr Hagmaier, who denied smoking in the flat, runs a thriving business selling education technology, which he set up with his realtor wife Mary, and is normally based in Roanoke, Virginia.

Central London County Court heard the couple say they ended up quitting their rented flat in January 2019, just before the end of their first year’s lease because Mrs Hagmaier’s life had become ‘miserable’.

‘Living underneath Mr Denker and Mr Boakes was one of the most unpleasant experiences I could imagine,’ Mrs Hagmaier told the judge.

‘The relationship with Mr Denker was really difficult from the time we moved in as he would come into our flat with armfuls of things and just set them down saying ‘this goes with the flat’. 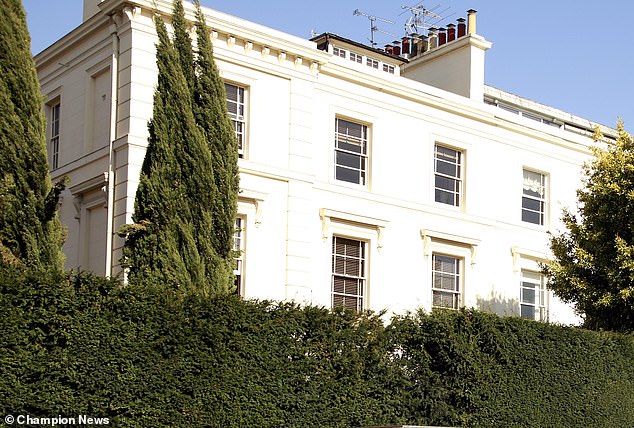 Mr Boakes had rented the £50,000-a-year basement flat of his Grade-II listed Victorian house (pictured) in Warwick Avenue, Little Venice, to the US power couple in 2018

‘They were items that in your wildest imagination didn’t go with the flat, he was simply using our place as a storage room,’ she said.

‘It was stunning because he came in and out every day and would leave something.

‘One day it was a small porcelain dog and he came down to us and put it on the shelf saying that it goes with the flat. So I realised that anything he couldn’t fit in his own apartment was coming down to ours.

‘We filled up wardrobes and cupboards with his things, it was quite a challenge.’

But Mr Boakes and Mr Denker claimed the Hagmaiers neglected the ‘upmarket’ apartment and left behind ‘significant damage’ when they moved out – including to ‘a number of very valuable antiques’.

Heavy cigar smoking in and around the flat had caused ‘significant damage to the soft furnishings and decorations,’ while the couple had also allowed others to smoke there with the same effect, claimed Mr Boakes’ barrister, James Tipler.

The flat had been let fully furnished, which included ‘furnishings and decorations’ of ‘especially high value and quality’ which the tenants were under a duty to ensure were not damaged, he said.

But the Hagmeiers denied failing to keep the flat clean, pointing out that they had even spent £335 having the windows cleaned with distilled water.

Although the accepted they should pay for a deep clean of the flat, the Hagmaiers’ lawyers branded Mr Boakes’ £81,538 claim an ‘outrageous’ figure. 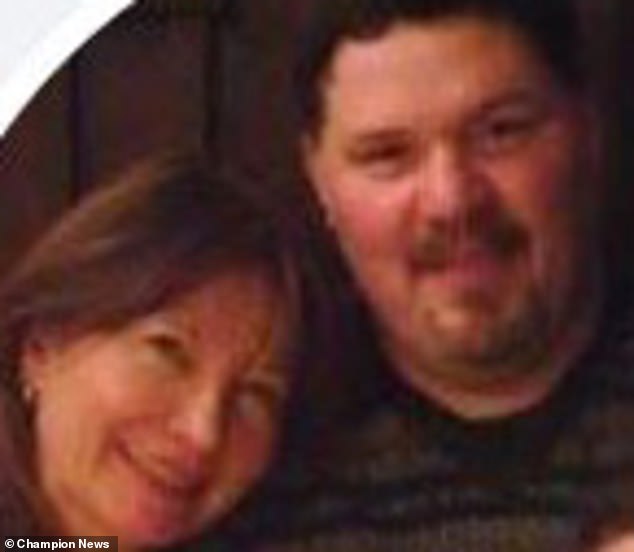 The Hagmeiers (pictured) denied failing to keep the flat clean, pointing out that they had even spent £335 having the windows cleaned with distilled water.

Judge Mayall, giving his ruling, allocated Mr Boakes £2,952 for the costs of cleaning the flat, windows and curtains – partly due to the effects of cigar smoke.

But he rebuffed claims that Mr Boakes and Mr Denker had to reupholster furniture and replace curtains and ‘soft furnishings’ due to lingering traces of ‘foul-smelling cigar smoke’.

Also rejected were claims over damage to the landlord’s prize £9,500 green rug, which Mr Boakes said ‘became infested with snails and moths’ after being taken to a damp storage area outside.

The judge said Mrs Hagmaier had grown increasingly ‘upset’ because she claimed Mr Denker ‘kept on just bringing stuff down’, adding: ‘I am satisfied that they did not behave unreasonably’.

He also ruled out Mr Boakes’ £3,602 claim in relation to a bed which Mr Boakes and Mr Denker claimed the Hagmaiers removed without their landlord’s permission.

In fact, the Hagmaiers had got rid of the bed with the agreement of Mr Boakes – although this was denied by Mr Denker – after Mrs Hagmaier complained that it was in a ‘shocking’ state.

The judge rapped Mr Boakes’ husband, Mr Denker, for exaggerating the state the flat was left in, and told the court: ‘I have to say that I regard Mr Denker as being an extremely unsatisfactory witness indeed.

‘My overall impression was that he was a man who was not trying to tell the truth and whose evidence I cannot rely on.

‘Any admission had to be dragged out of him during the course of the four-day trial,’ he added, although commenting about Mr Boakes: ‘his evidence was overall not that significant in the claim but certainly not anywhere near as unsatisfactory as Mr Denker’s’.

Mr Boakes had taken a ‘back seat’ when organising the flat rental, the court heard, and the Hagmaiers’ barrister, Mr Thomas, said Mr Denker ‘appeared to be the guiding mind behind this action’.

Despite their right to ‘peaceful enjoyment’ Mr Denker ‘was in the habit of entering the apartment to bring in or remove items from his own apartment,’ said the barrister.

The judge directed that Mr Boakes should pay the Hagmaiers’ legal bill and the couple’s lawyers later estimated his total court costs will run ‘well into six figures’.