A career criminal has been arrested for allegedly shoving a teenage boy onto the subway tracks and slashing another straphanger during what a top NYPD official has described as a ‘one-man Queens crime spree.’

According to the NYPD, at around 11am on Thursday, police responded to a 911 call about an assault at the 46th Street station in Astoria. 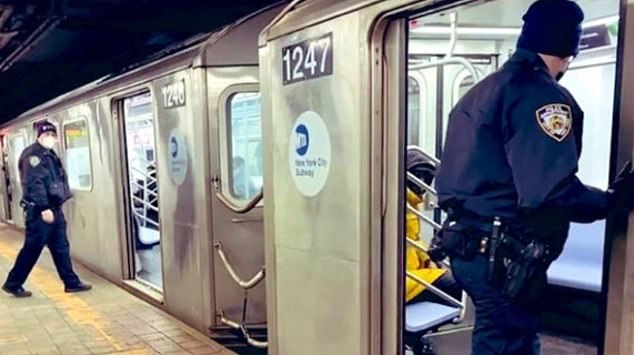 Jose Martinez, 35, was arrested by police officers in Queens, New York, on Thursday after allegedly shoving a teen onto the subway tracks and slashing a man in the hands 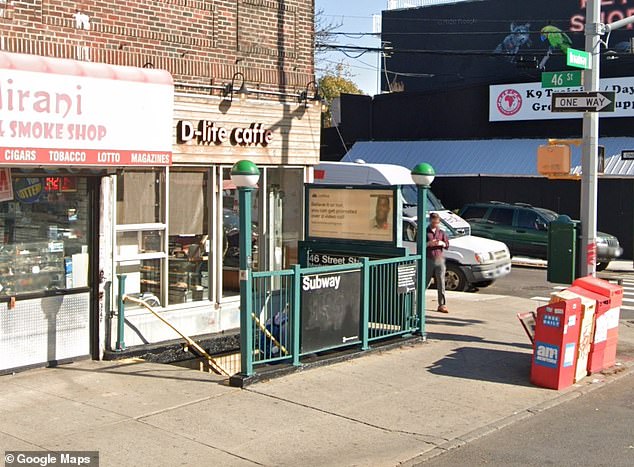 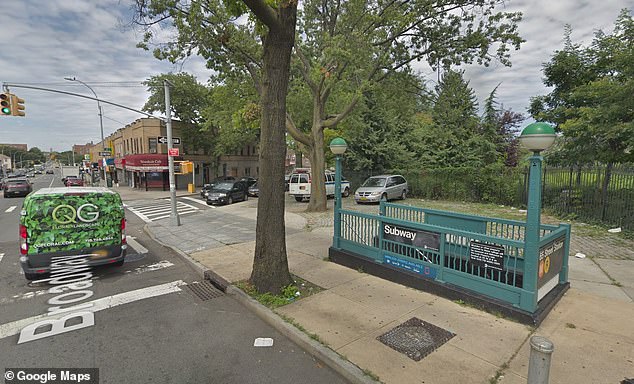 Officers interviewed the 17-year-old victim, who told them that he was standing on the northbound R train platform when he saw a stranger staring at him.

Moments later, the man, later identified by the police as Martinez, approached the teen and punched him in the face with a closed fist, telling him: ‘Don’t you ever do it again,’ reported New York Post.

Martinez then allegedly pushed the boy unto the tracks and ran away.

The 17-year-old was able to cross the tracks and climb onto the southbound platform before a train pulled into the station. He was later taken to Mount Sinai Queens hospital in stable condition to be treated for injuries to his face and knee.

At around 5.30pm that same day, police received a 911 call from a 20-year-old man who reported that he was attacked inside of the 65th Street ‘7’ train station in Woodside.

The victim said he was sitting on a bench on the northbound platform when a man said to be Martinez walked up to him and pushed him against the wall.

The suspect then pulled out a knife and slashed the 20-year-old man in his hands during a struggle. 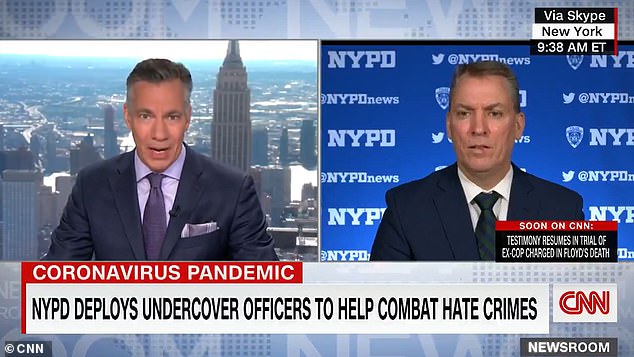 Martinez tried to flee but the victim chased after him and managed to flag down police officers who arrested him. The knife used in the attack was recovered at the scene.

His past criminal record is said to include at least 13 prior arrests on charges including robbery, forcible touching, attempted rape and assault, reported ABC 7 NY.

Shea addressed Martinez’s arrest during his appearance on CNN Newsroom on Friday morning, when he discussed the need to tackle a mental health crisis and tighten up parole laws.

‘Yesterday, we had an individual push somebody onto the train tracks with an arrest record as long as my arm,’ he said, and until we start addressing these issues, the police alone aren’t going to solve this problem.’

New York City has seen a sharp uptick in violent assaults in the subway system, including hate crimes targeting Asian-Americans and other minorities, since the beginning of the coronavirus pandemic.

On Monday, an Asian man was brutally beaten and put in a chokehold on a subway train in Brooklyn.

A week prior, a man was arrested for allegedly punching a 68-year-old Sri Lankan man in the face while calling him names on the ‘1’ train in Manhattan.

In February, two people were stabbed to death on opposite ends of A subway line in and two others were injured in Manhattan.

According to the latest NYPD crime statistics, felony assaults in New York City were up more than 23 per cent compared to the same time last year.