By Nick Pisa for MailOnline


A former British military dog trainer whose pal was killed in Ukraine has paid tribute to him by vowing to help refugees fleeing Russian invaders.

Dad-of-one Tom Bell, 37, broke down as he described how Igor Icarus Bakun, 35, was murdered by Russian soldiers as he walked in countryside close to his home in Kyiv.

Tom revealed how Igor’s father and one of his dogs was shot dead but another stayed by his side until he was found by rescuers, lying in a ditch next to his owner’s body.

Speaking close to the Medyka border where he had arrived to distribute medical supplied he said: ‘The best thing I can do to honour Igor is to be here and help the Ukrainian people for him. 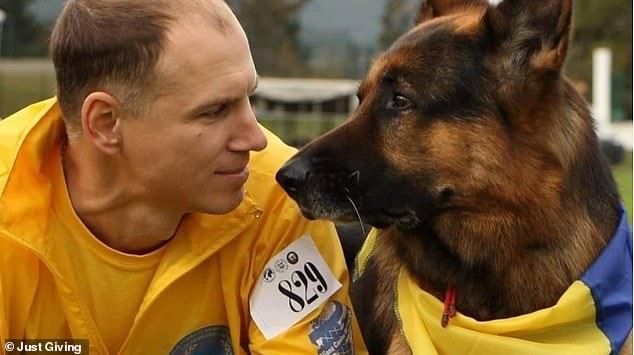 Dad-of-one Tom Bell, 37, broke down as he described how Igor Icarus Bakun, 35, pictured, was murdered by Russian soldiers as he walked in countryside close to his home in Kyiv

‘The Russians killed him and his dad in cold blood and they even shot one of his dogs but another stayed with him until his body was recovered.

‘I saw some video I had been sent of Igor in a ditch dead with his dog by his body and his dad’s. I can’t just sit by my lap top and do nothing I have to do something to honour Igor.

‘I was looking into the Foreign Legion that’s been set up but now I’ve decided to just help medically as I am an emergency first responder.’

Tom, who is originally from Milton Keynes but now lives in Wilkanow, southern Poland, with his wife and four year old son.

Since arriving at the crossing he has provided help and medical support for dozens of refugees who have arrived from Ukraine.

He told MailOnline: ‘There are so many people coming through, it’s incredible and at the same time heartbreaking. I have been up for 22 hours a day and having just two hours sleep. 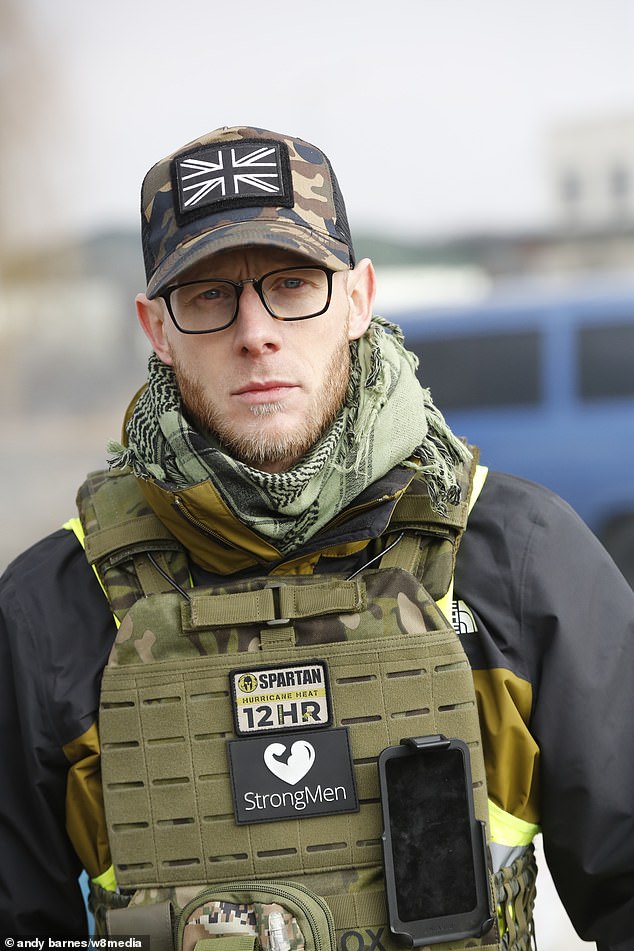 Tom (pictured) revealed how Igor’s father and one of his dogs was shot dead but another stayed by his side until he was found by rescuers, lying in a ditch next to his owner’s body

‘You try and get your head down but it’s so f***ing cold that you think I may as well carry on helping because there are so many people flooding through.’

Choking back tears he added: ‘I sat in the car for a bit to keep warm and then you see a four year old kid walking through who has been on the move for more than two days and you just have to help.

‘I’ve got a four-year-old son as well so it’s really hard to deal with. I’ve bought a few beanie babies to give the kids when they come through to play with and it’s surprising the difference it makes.

‘You see the transformation from a child in floods of tears to one of smiles because someone is here to support and help them.’

He added: ‘I used to train police and military dogs in Kyiv and that’s why I have a lot of friends in Ukraine and it’s where I met Igor.

‘He was a great guy and I’m heartbroken by what happened. He was one of the top dog trainers in Ukraine. This is why I’m doing what I am doing.

‘The video I saw was overwhelming. He was shot and his father was shot as well and then they killed the dog.

‘I don’t think I could go over there and possibly die and leave my four-year-old son here. Everybody has to do what they feel is right with them.

‘I’ve seen a lot of foreign guys going over saying they are going to fight, I haven’t seen any British but I’ve seen some Americans and Canadians.’

Tom, who has set up a Just Giving Page, said on the site: ‘Give what you can if you feel you can support, if not that’s OK too, just please share this message, that oppression is not acceptable and that the only thing necessary for the triumph of evil is for people to do nothing.’