Boy, 14, rushed to hospital after stabbing in east London as police say two men are in custody


A 14-year-old boy has been rushed to hospital after being stabbed in a daylight attack in east London.

The teenager was airlifted to hospital after being found with knife wounds in Barkingside high street, Ilford, shortly after 4pm this afternoon.

Police officers rushed to the scene and a cordon was put in place as two people were arrested in connection with the incident. 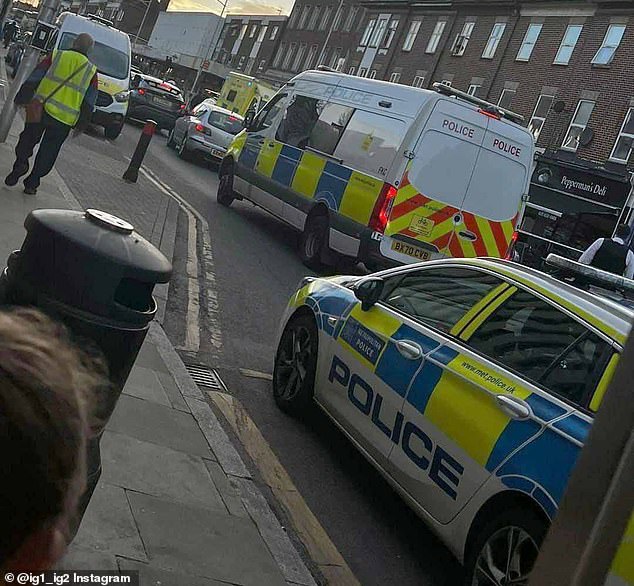 The London Ambulance Service sent an air ambulance to the scene as well as two land ambulances and the teenager was rushed to a London hospital.

His condition and the severity of his injuries are not known at this time.

Pictures from the scene show a large number of emergency service vehicles and dozens of police officers.

The Metropolitan Police said there were a number of crime scenes being investigated in connection to the incident and as a result cordons are in place while enquiries are ongoing. 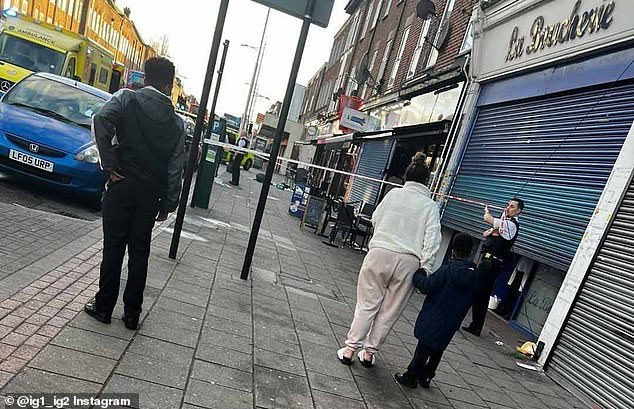 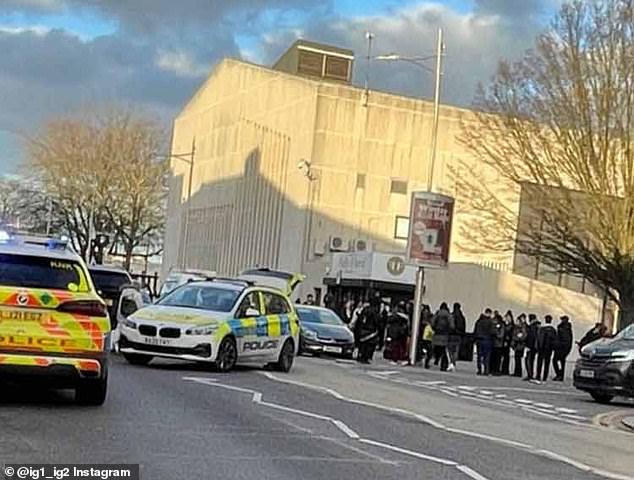 A spokesman for the Met said: ‘Police were called at around 16:10hrs on Tuesday, 22 February, to reports of a male stabbed on Barkingside High Street.

‘Officers attended along with the London Ambulance Service. A 14-year-old boy was taken to hospital and we await an update on his condition.

‘Two males have been arrested in connection with the investigation and are currently in police custody.

‘A number of crime scenes are in place as enquiries continue.’

The age of the men in custody is not known.

It comes after a record number of teenagers were killed in London last year.

In total, 30 teenagers lost their lives to violence, surpassing the previous record of 29 which was set in 2008.

Just over a week ago, police named this year’s first victim – Donovan Allen – an 18-year-old who was stabbed to death at a property in Enfield earlier this month.