Mexican boxing legend Juan Manuel Márquez is hoping to swap the ring for political office after announcing a run for congress in Mexico.

One of the sport’s all-time greats announced last Thursday that he was officially entering the 2021 race for the Chamber of Deputies as a candidate for the Mexico City borough of Gustavo A. Madero.

The 47-year-old, who was world champion in four weight classes, is running under the Ecological Green Party of Mexico ticket in the June legislative elections.

‘I’m going to deliver a knockout to corruption,’ Márquez said during a press conference held in the Martín Carrera neighborhood. 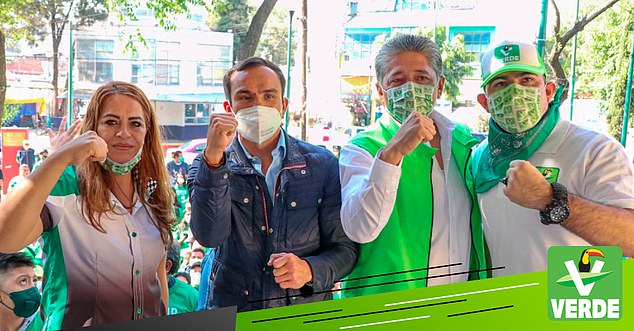 Mexican four division champion Juan Manuel Márquez (second from left) announced last Thursday that he was officially running under the Ecological Green Party of Mexico ticket for the Chamber of Deputies as a representative for the Mexico City borough of Gustavo A. Madero 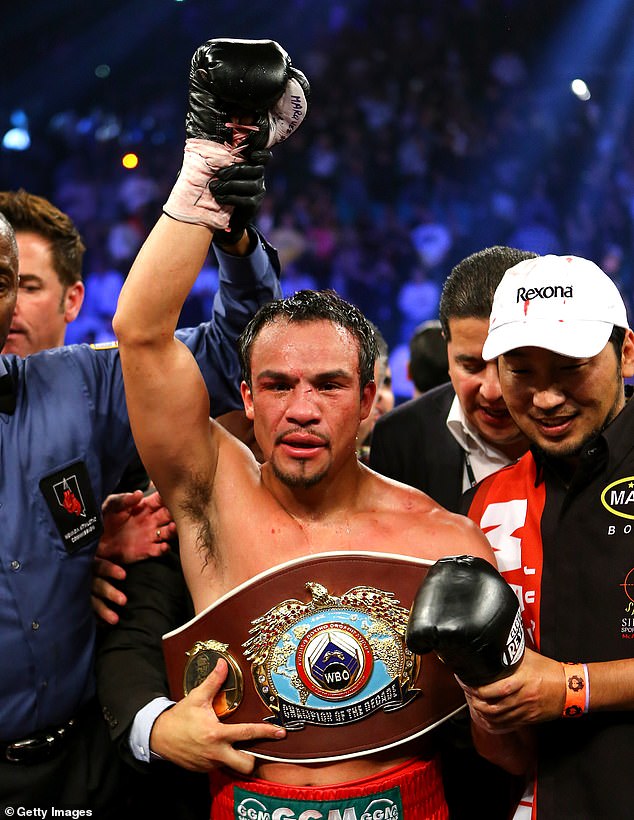 Juan Manuel Márquez said he will use sport as a tool to ‘support young people in Gustavo A. Madero,’ the Mexico City borough that he hopes to represent if he is elected to the Chamber of Deputies in June

Márquez was inspired by rival Manny Pacquiao, who he fought on four separate occasions and who is serving as a Senator of the Philippines and as party president of the PDP–Laban party.

‘I would like to work for the common good of the citizens, in this case where it corresponds me to do so,’ Márquez said.

The former champion hopes to gain the trust and backing of the same legion of fans that supported him for 21 years while working with parties across the isle.

‘My commitment is to you and in this area will be supported by the installation of more boxing gyms, since we know that promoting sport is very important to support young people in Gustavo A. Madero,’ Márquez said. 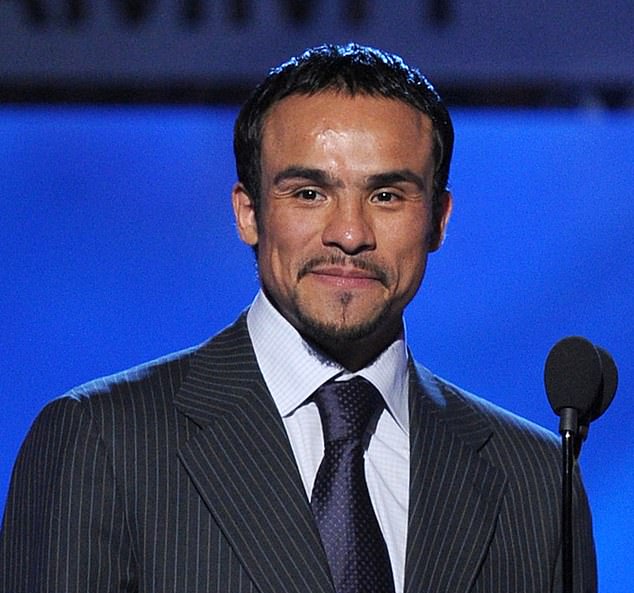 Juan Manuel Márquez announced last Thursday that he was officially entering the 2021 race for the Chamber of Deputies as a representative for the Mexico City borough of Gustavo A. Madero. He is pictured at the Latin Grammys in 2011. 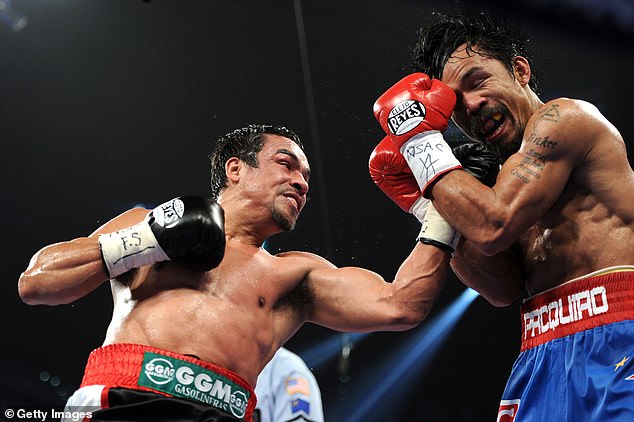 Juan Manuel Márquez (left) says his former boxing rival Manny Pacquiao (right) has served as a political inspiration and believes he will one day become president of the Philippines. Márquez and Pacquiao are pictured above during their November 12, 2011 fight for WBO world welterweight title in Las Vegas. Márquez lost to Pacquiao via majority decision 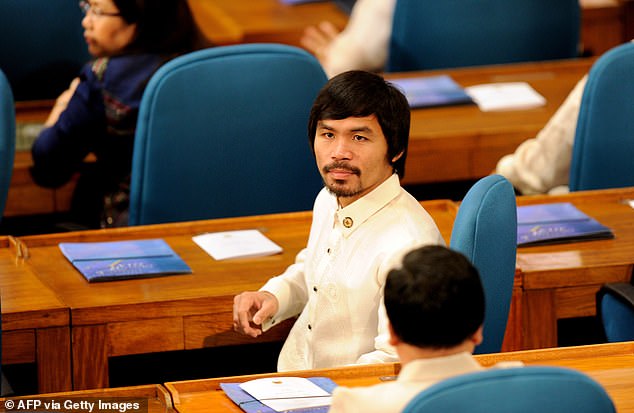 ‘We are people who ‘die trying’, we have always struggled to improve and now I am going to do it for the citizens of Gustavo A. Madero. The battle is not with gloves, it is with intelligence, with work and effort,’ he added.

‘In the Green Party we are very clear that those who aspire to be their candidates,’ party president Karen Castrejón said. ‘Their popular representatives represent them with passion and set goals to which they can reach.’

Arturo Escobar y Vega, a coordinator for Ecological Green Party representative, said the political party is looking to employ Márquez’s sports background to combat a wave of violence that has turned Gustavo A. Madero into the second most dangerous borough in Mexico City behind Iztacalco, where he was born and raised.

‘You enter the political arena, which like the ring is also a space for struggle and confrontation, but I have no doubt that, as you told me, you came to this game with high aspirations for our country and a commitment to your people,’ Escobar y Vega said.

Márquez is not the first Mexican sporting great to enter politics.

Cuauhtémoc Blanco, a standout on the national soccer team, retired in 2016 and became mayor of Cuernavaca that same year.

In 2018, the 48-year-old was elected governor of the south central state of Morelos.

WHO IS JUAN MANUEL MÁRQUEZ?

Juan Manuel Márquez, who was born and raised in the Mexico City borough of Iztacalco, boxed from 1993 to 2014, winning nine titles in four different weight classes: featherweight, super featherweight, lightweight and welterweight.

The Mexican was part of four fights with Filipino boxing legend Manny Pacquiao. Their first bout in May 2004 ended in a controversial split-decision draw. The rivals met again in March 2008, but Marquez came up short with the judges who scored the fight for Pacquiao despite the Mexican pugilist landing more jabs and power punches, according to CompuBox.

Márquez-Pacquiao III in November 2011 followed the same pattern of the previous two fights and ended in controversy as two judges had it in favor of Pacquiao while another scored it a draw. The fight was voted ‘Robbery of the Year’ by Ring Magazine.

Márquez, considered one of the greatest boxers of all-time, met Pacquiao for a fourth and final fight November 2012, and walked away the winner after he knocked out the reigning welterweight champion in the sixth round

Márquez and his brother, Rafael Márquez, are one of four Mexican siblings to have won championships.