A man accused of posing as a rideshare driver to abduct women from Boston bars and restaurants has been charged with sexually assaulting a ninth victim.

Prosecutors alleged Campbell, of Cumberland Rhode Island, would drive to popular Boston venues at night and, impersonating an Uber driver, would offer women rides home before attacking them.

The latest charges came after investigators discovered a 46-minute video shot in 2018 which allegedly shows Campbell raping an ‘unconscious or semi-conscious or unresponsive’ woman, the Boston Globe reports.

Police tracked down the alleged victim because Campbell had taken a photo of her passport. 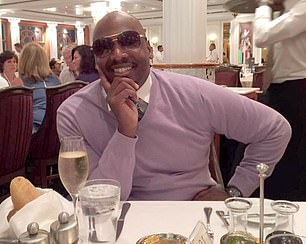 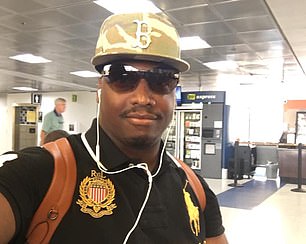 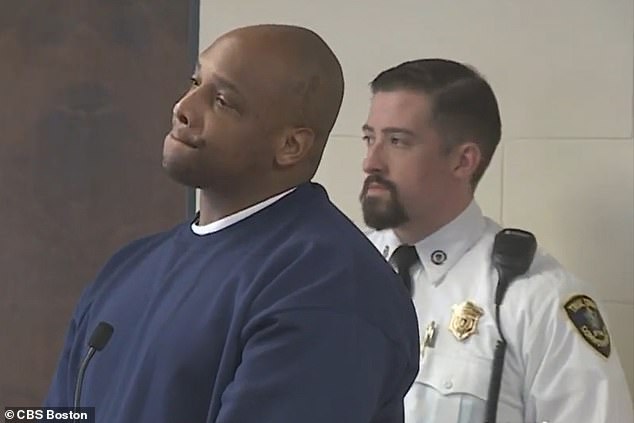 Since his arrest in January 2020, a total of nine women have come forward to allege they were sexually assaulted by Campbell

Campbell has been in custody since his initial arrest by the Boston Police Department in January 2020.

That alleged attack occurred on the night of December 6, 2019, according to the Suffolk County District Attorney’s Office.

Cops say Campbell pretended to be a ride-sharing driver and picked up the victim outside The Harp bar in downtown Boston, after the real Uber she had ordered through her phone app had inexplicably left.

The woman, who was intoxicated, got into Campbell’s black SUV with the expectation of being taken home. She is said to have passed out in the backseat during the commute.

Prosecutors said after sexually assaulting her inside the vehicle, Campbell drove her to his apartment in Cumberland, Rhode Island, and raped her. He also allegedly videotaped the assaults.

The woman woke up hours later inside the bogus Uber driver’s home suffering from pain in her groin and an injury to her chest.

Campbell then drove the victim to a CVS pharmacy and left her there, according to court records.

The woman somehow made her way home, then went to a hospital to undergo a sexual assault evaluation and filed a report with the Boston Police Department. 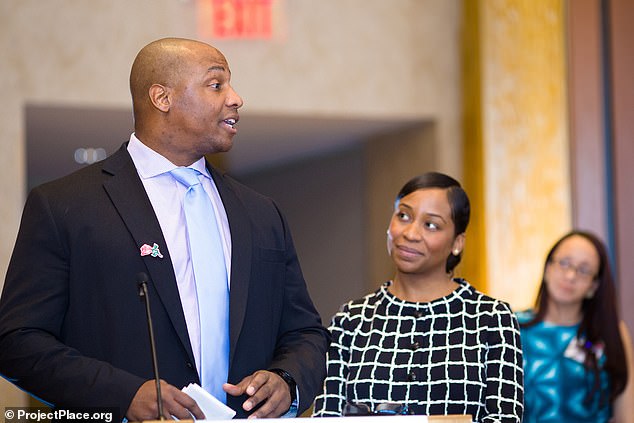 Campbell, right, is the brother of Boston councilwoman Andrea Campbell, who issued a statement saying she was ‘heartbroken, saddened and devastated’ by news of his arrest in January 2020

Detectives identified Campbell’s SUV from surveillance video, which ultimately led them to his home in Rhode Island.

When police executed a search warrant and went through the contents of Campbell’s phone, they allegedly found videos showing the 39-year-old man groping and raping the woman in his car.

‘The clips showed her both clothed and naked. Campbell addressed her by name and commented crudely about her body.

He said at one point, ‘Raise your eyebrow if you’re all right,’ and later ‘Do you want to go upstairs to your house or come to my house?” according to documents obtained by Boston Herald.

A DNA test comparing a swab from the victim’s rape kit and a sample from Campbell produced a match, the prosecutors said.

A search of the suspect’s car and home allegedly yielded a luggage tag bearing the victim’s name.

Campbell was indicted last year on charges of sexually assaulting eight women from 2017 to 2019.

Most of the offences involve allegations he posed as a rideshare driver.

Investigators obtained a search warrant to access his cellphone’s cloud storage, where they found video related to the most recent charges including one timestamped at 5:42am, the Globe reports.

Campbell was arraigned in Suffolk Superior Court Wednesday on the new indictment.

Judge Janet Sanders ordered that Campbell be held until April 27, when a new hearing will determine whether he can be released on bail.

In a statement, Suffolk DA Rollins called on people out enjoying the warmer weather to be vigilant for ‘questionable or predatory behavior’.

‘Women have every right to partake in and enjoy an evening out, to drink and to have fun without risk or fear of being harassed, violated or harmed,’ she said in a statement to the Boston Herald.

‘Men need to start speaking to their sons, their brothers and colleagues about the new vision of masculinity and working to end violence against women and girls.’

Campbell’s sister, Boston City Councilor Andrea Campbell, has previously said she is ‘extremely heartbroken and saddened and devastated by these allegations’. She said she is ‘thinking about the victim who had the courage to come forward.’