Senior executives will be on the block for accounting errors in a major shake-up of audit rules.

In reforms to be published by Business Secretary Kwasi Kwarteng (pictured) this week, directors will be held responsible for the accuracy of their company’s financial statements, with fines and bans for major failures.

At the moment company auditors rather than individual directors are responsible for the accuracy of financial statements. 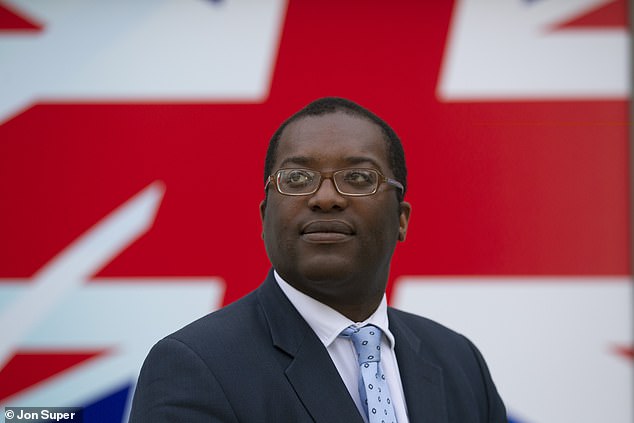 Crackdown: In reforms to be published by Business Secretary Kwasi Kwarteng (pictured) this week, directors will be held responsible for the accuracy of their firm’s financial statements

The overhaul comes in the wake of accounting scandals at firms such as Carillion, Patisserie Valerie and BHS, which put the spotlight on weak internal controls, conflicts of interest and poor audit regulation.

Under the new rules, the UK will fall more in line with the US, where chief executives and finance directors have to personally attest to the validity of internal financial controls.

Signing off on false accounts can lead to a fine of £4million or 20 years in jail in the US.

To oversee the changes a new body – the Audit, Reporting and Governance Authority (ARGA) – will be created.

It will replace the Financial Reporting Council (FRC) and have increased powers. The FRC will be disbanded, having lost credibility following a spate of corporate failures on its watch. ARGA could be given oversight of the UK’s largest private companies as well as those listed on public markets.

There will also be sweeping changes, with the Big Four accounting firms – PwC, Deloitte, KPMG and EY – forced to split their audit and consultancy arms.

The changes have been in the making for some years following a string of reports on how to improve accountancy standards.

Government action stalled under the former business secretaries Andrea Leadsom and Alok Sharma, annoying many who had been driving for change.

But Kwarteng is determined to push them through and said audit reform was ‘one of his initial priorities’.

The changes may face criticism as the new rules could mean a higher cost of compliance and will raise questions about the extra burden on British companies.

A Government spokesman said: ‘The new Business Secretary has been clear that audit reform is a priority and we will publish comprehensive proposals shortly.’