A total of 149 undocumented immigrants were discovered inside a tractor trailer during a roadside inspection in Texas, U.S. Customs and Border Protection said in a statement.

U.S. Border Patrol agents ordered the driver of a commercial truck to stop at a checkpoint on Interstate 36 north of Laredo on Friday.

While scanning the truck, Border Patrol agents detected abnormalities within the trailer.

The agents then opened the truck’s cargo area and found the migrants, CBP said in the statement released Monday. 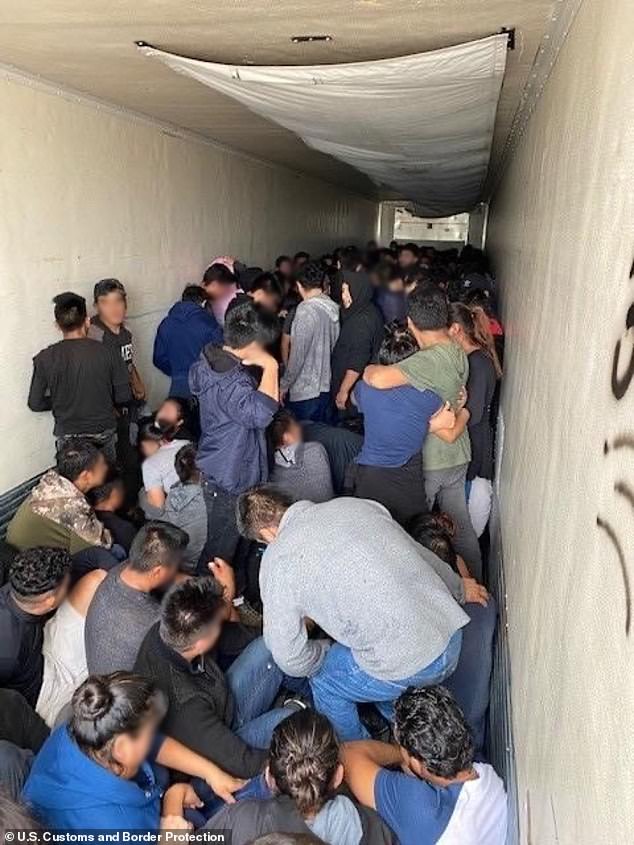 U.S. Customs and Border Protection announced via a statement Monday that 149 undocumented immigrants were found inside a tractor trailer after U.S. Border Patrol agents instructed the driver, a U.S. citizen, to stop at a checkpoint on Interstate Highway 35 north of Laredo, Texas, on last Thursday 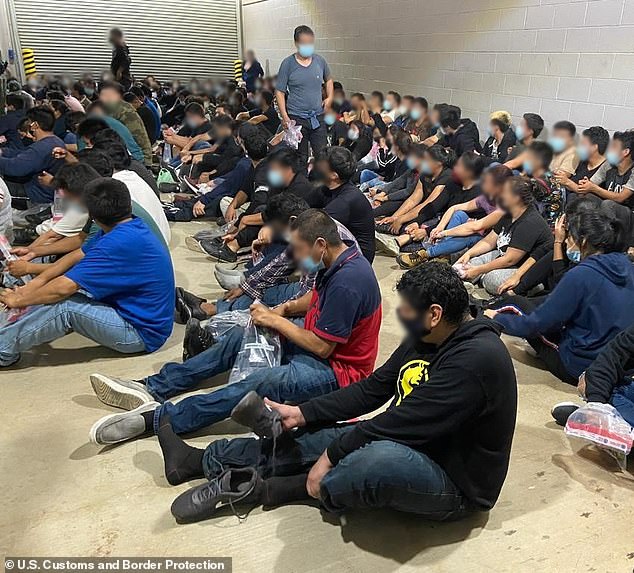 CBP said that the 149 migrants are citizens of Mexico, Guatemala, El Salvador, Venezuela, Peru and Ecuador

The undocumented immigrants were identified as citizens of Mexico, Guatemala, El Salvador, Venezuela, Peru and Ecuador.

All of the migrants and the truck driver were detained.

‘Human smugglers continue to have no regard for the safety and health of the people they exploit for profit,’ CBP said in its statement. ‘With a noted increase in COVID-19 infections among detainees, the transporting of large groups of people without PPE in close dangerous quarters endangers the individuals and safety of our Nation.’

The agency also reported 18,663 unaccompanied children were taken into custody in March.