Russian pilots have been filmed saying they were ‘following orders’ after their aircraft was shot down over Ukraine.

Pictures and video show the men, some on their knees with their hands behind their heads and others bleeding heavily, after being detained by soldiers and civilians in a field.

Video shared online shows a pilot, reportedly from a downed Russian aircraft, wearing an orange jumpsuit as he gets on his knees with his hands behind his head as his capture questions him.

It comes after footage showed two pilots ejecting from an aircraft – thought to be an Su-30 – after it was shot down over the Ukrainian city of Chernihiv on Saturday.

Footage also emerged of a Russian pilot wearing a blue jumpsuit and a bloodstained T-shirt being treated for a head wound after he crashed in a field.

A third video shows two men, reportedly Russian pilots with blood coming from their faces, being interrogated in the back of a van.

The footage came on a day when Russian aerial forces lost as many as eight aircraft, as well as multi-role, strike and close air support aircraft and a drone. 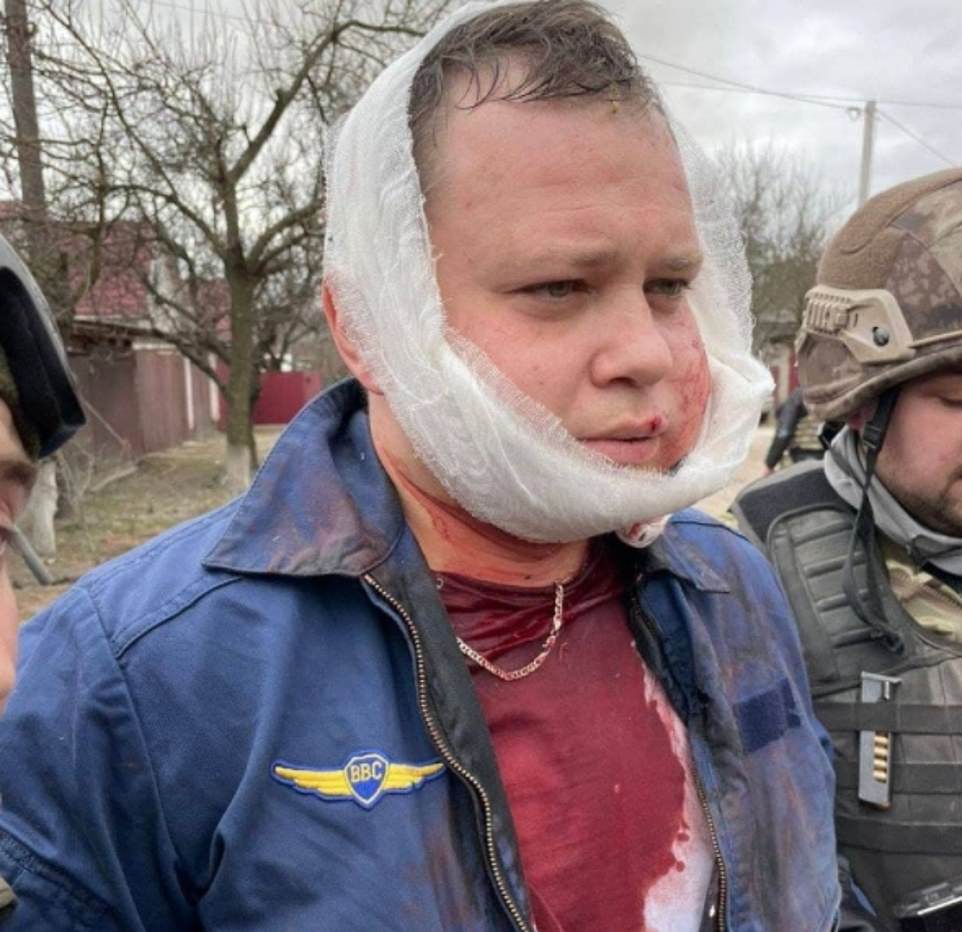 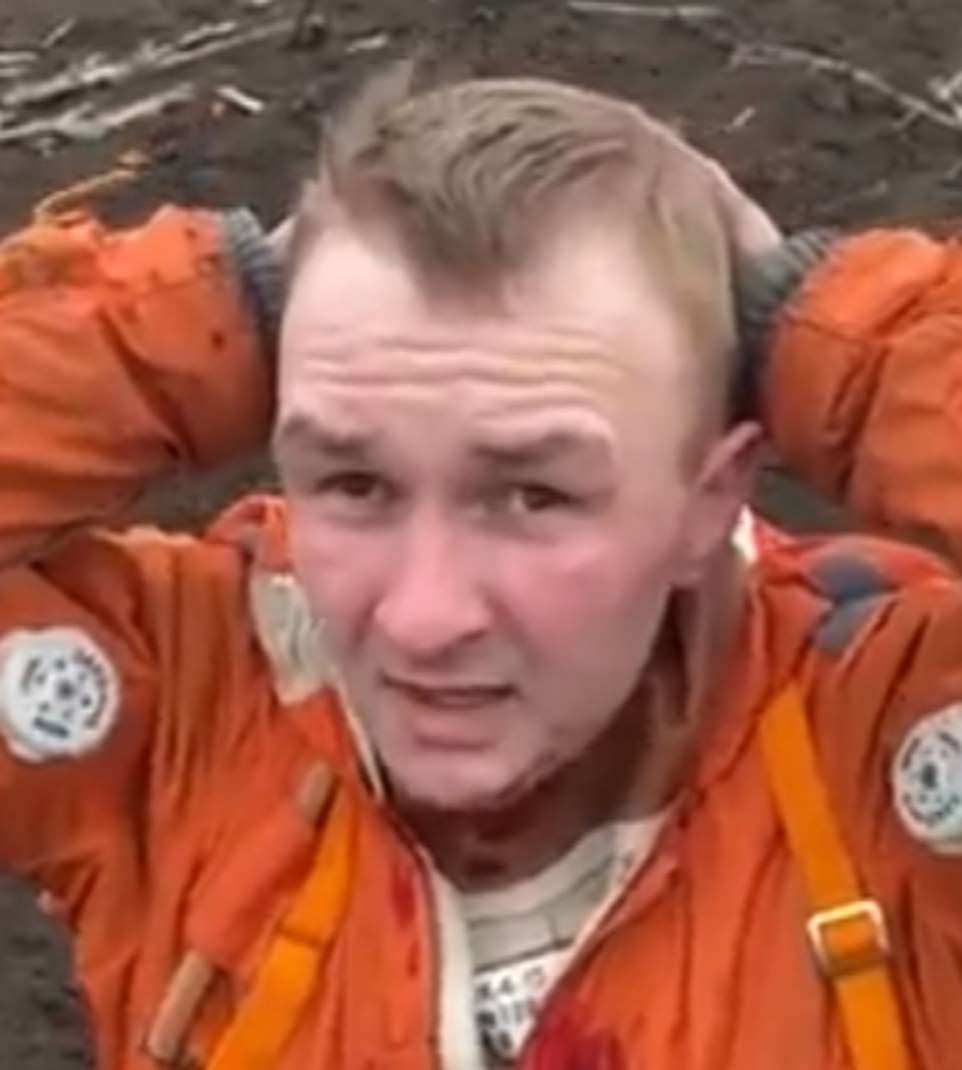 Footage shared online shows a pilot, reportedly from a downed helicopter, wearing an orange jumpsuit as he gets on his knees with his hands behind his head as his capture questions him 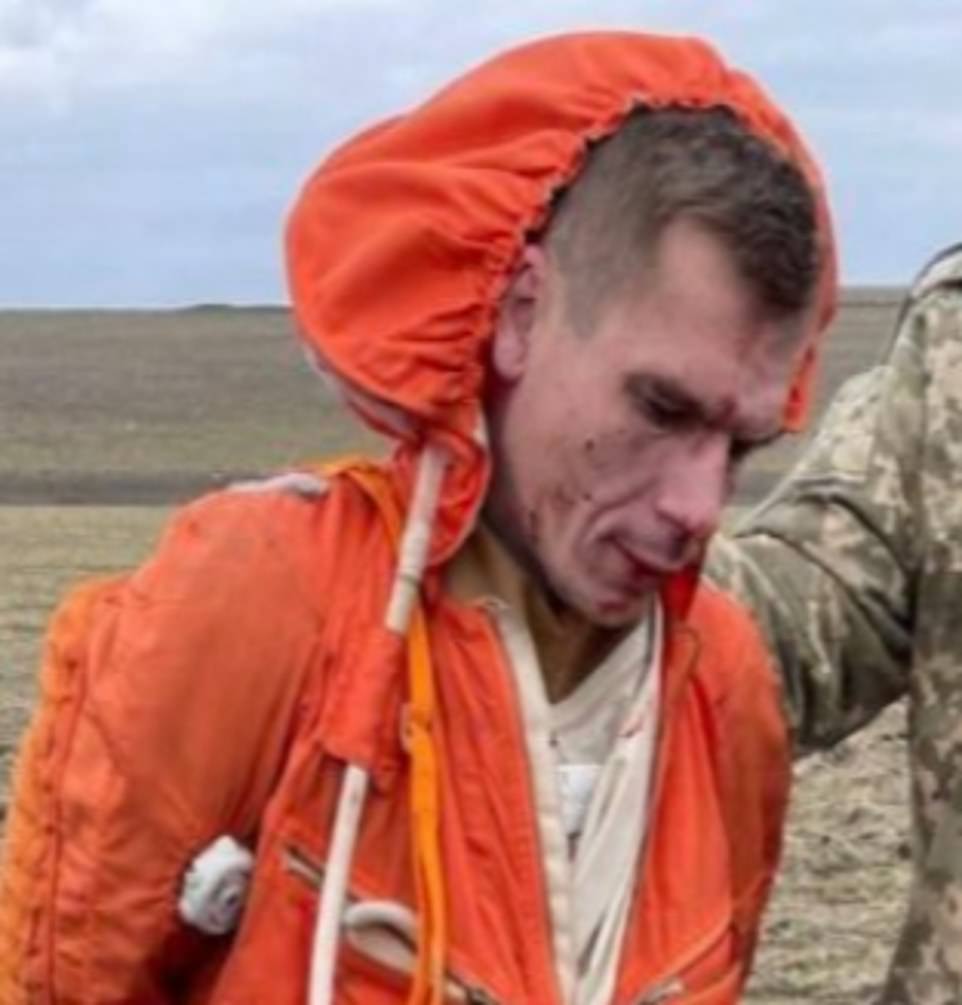 Another pilot, also dressed in an orange jumpsuit and thought to be his colleague, was taken away by Ukrainian soldiers 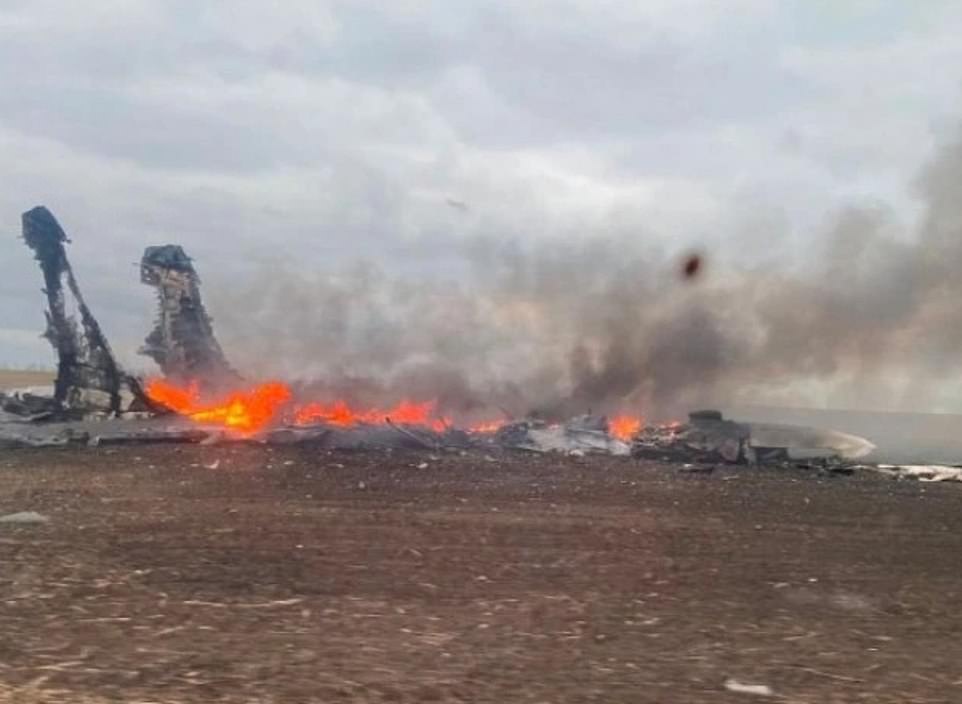 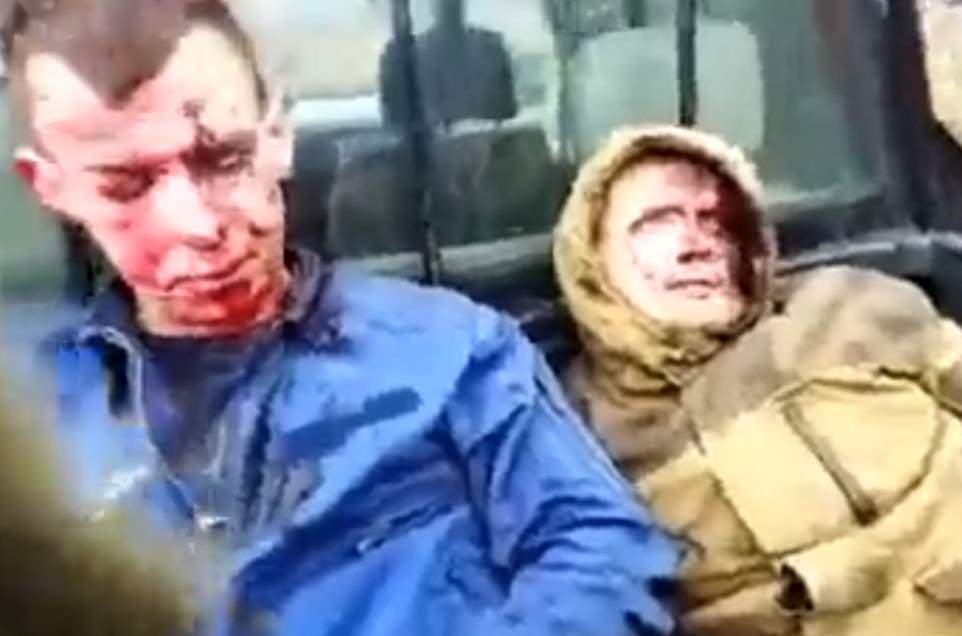 Another video shows two men, reportedly Russian pilots with blood coming from their faces, being interrogated in the back of a van

In more footage shared online yesterday, a Russian helicopter is shown being brought down by Ukrainian soldiers.

As the state-of-the-art Mi-24 Hind aircraft makes its approach, the defending troops fire a rocket skywards from a frost-covered field about 25 miles outside the capital Kyiv.

The warhead fizzes, leaving a trail of white smoke in its wake. It locks on to its target before the crew can engage their infrared jammers and flare dispensers.

The invaders receive a brutal and direct hit; the helicopter explodes instantly, sending brilliant orange flames bursting from the engine.

The stricken Mi-24 plummets to the earth, hitting the ground nose-first, with all her pilots and navigators feared killed.

Their losses, claimed by Ukrainian military sources, provide further evidence of Russia’s failure to gain air superiority – a tactical advantage that Vladimir Putin thought would be achieved on the first day of the war.

In another remarkable development yesterday, Putin came under pressure from his own soldiers to stop the war. At a press conference in Kyiv, captured Russian troops condemned the mission and called on their fellow citizens to rally against the conflict. 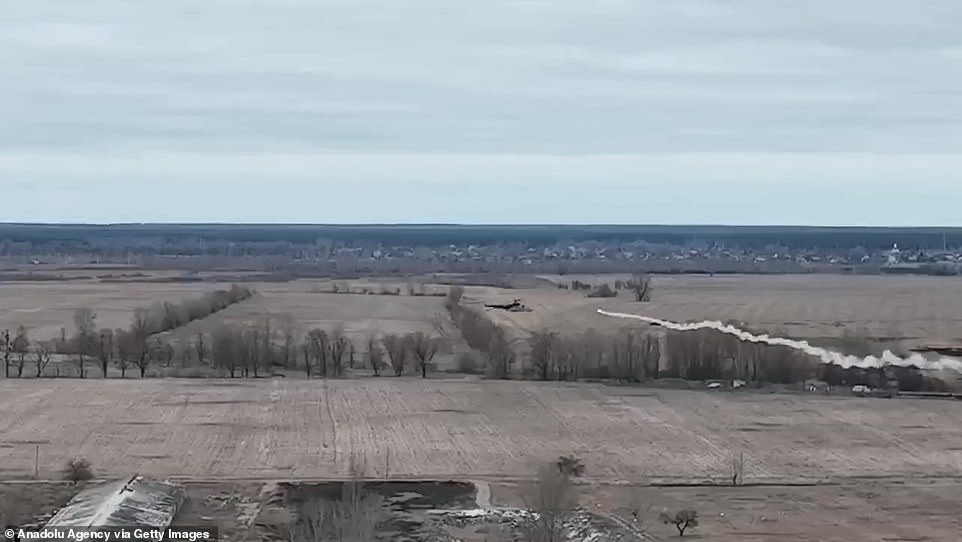 Dramatic footage emerged yesterday of the final moments of a helicopter, christened the ‘flying tank’ by Russian air crews, after it was hit by Ukrainian soldiers 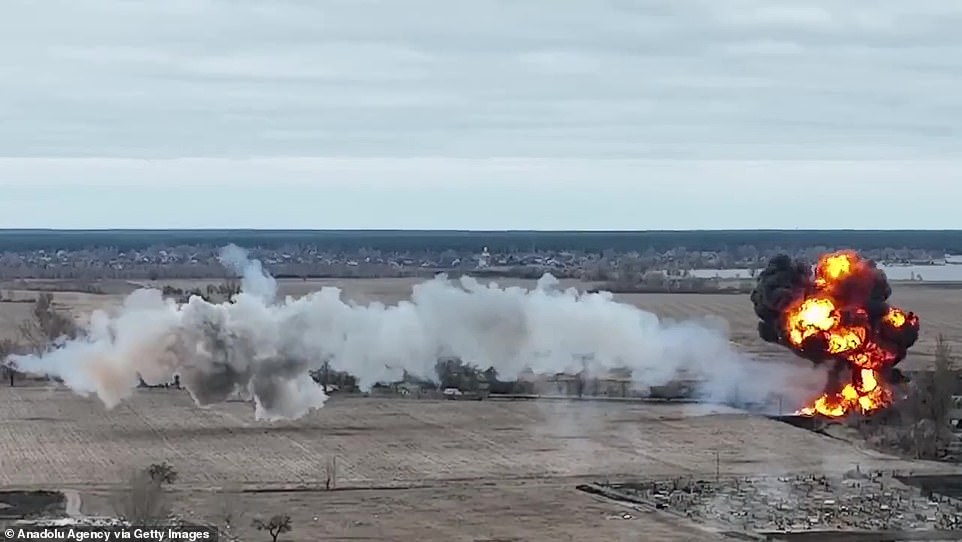 President Zelensky claimed yesterday that 10,000 Russian troops had died in the war, a claim that could not be independently verified.

‘We’re inflicting losses on the occupants they could not see in their worst nightmare,’ he added.

The Russian military, which does not offer regular updates on casualties, said on Wednesday that 498 of its troops had died in the conflict.

Ukraine’s military might is vastly outmatched by Russia’s, but its military and volunteer forces have fought back with fierce tenacity since the invasion.

On Friday at least 47 people were killed and hundreds more injured when Russian jets fired missiles into high-rise apartments in the city, reducing them to piles of blazing rubble, with residents trapped underneath.