House Democrats who received the most donations from the pharmaceutical industry are declining to support a push to release the patents on COVID-19 vaccines to developing countries, even as Pfizer reports soaring revenue from its vaccine.

Pfizer on Tuesday reported $3.46 billion in first-quarter vaccine sales in all but three countries. BioNTech, which which it splits vaccine costs and profit, will report the remaining revenue on May 10.

The company almost doubled its sales projections for the COVID-19 vaccine this year, from $15 billion to roughly $26 billion, citing strong demand for its vaccine.

Meanwhile, the nine House Democrats among Congress’s top 25 recipients of donations from pharmaceutical industry PACs have all declined to sign on to a letter urging the Biden administration to waive intellectual property rights for the vaccine to let developing countries produce their own supply, according to the Huffington Post. 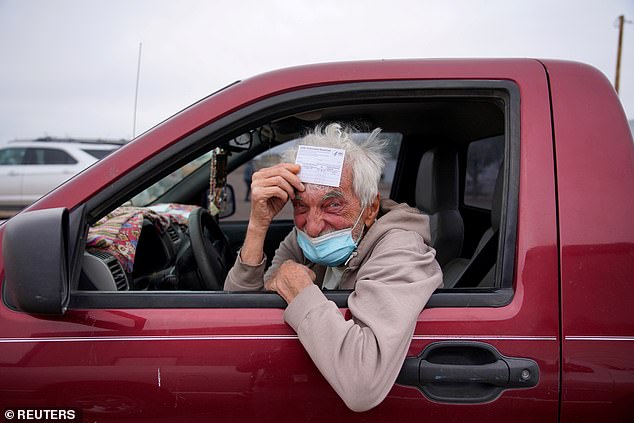 A New Mexico resident poses for a portrait with his vaccination card after receiving his coronavirus disease (COVID-19) vaccine last month. Calls are mounting for the Biden administration to release the patents on COVID-19 vaccines to developing countries 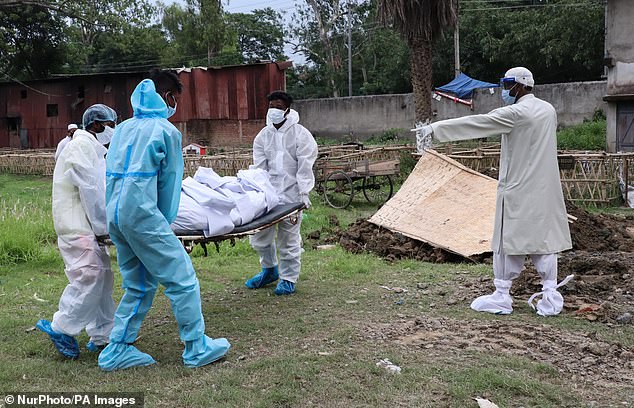 Workers carry the body of a COVID victim on Monday in Guwahati, India, which is asking to produce its own versions of patented vaccines and treatments

A total of 110 of the 218 House Democrats have signed the letter, which Rep. Jan Schakowsky, an Illinois Democrat, plans to present to President Joe Biden on Tuesday, the outlet reported. It was not clear whether any Republicans were invited to sign on.

The letter asks Biden to heed the appeals of India, South Africa, and other developing countries and temporarily lift Trade-Related Intellectual Property Rights (TRIPS) that prevent them from manufacturing patented COVID-19 vaccines or treatments.

Such a move could potentially cut into the profits of New York-based Pfizer and Massachusetts-based Moderna, but proponents say it would be a vital step to ending the pandemic and assisting hard-hit developing countries.

According to the Huffington Post, Democratic Reps. Scott Peters and Ron Kind, both on the top-25 list for pharma donations, have even asked colleagues to support an opposing letter asking Biden not to wave the intellectual property rules.

The other Democrats on the list who have not signed the letter are House Energy and Commerce Committee chair Frank Pallone of New Jersey, House Ways and Means Committee chair Richard Neal of Massachusetts, and Reps. Anna Eshoo of California, Brad Schneider of Illinois, Kurt Schrader of Oregon and Raul Ruiz of California. 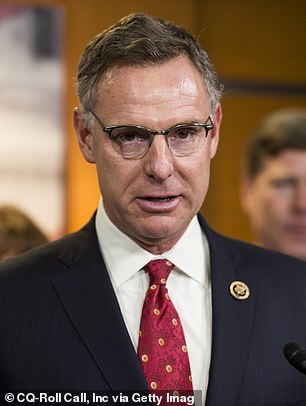 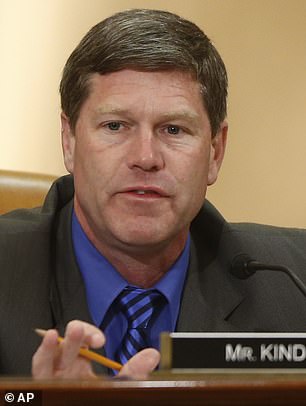 Democratic Reps. Scott Peters (left) and Ron Kind (right), both on the top-25 list for pharma donations, have even asked colleagues to support an opposing letter asking Biden not to wave the intellectual property rules 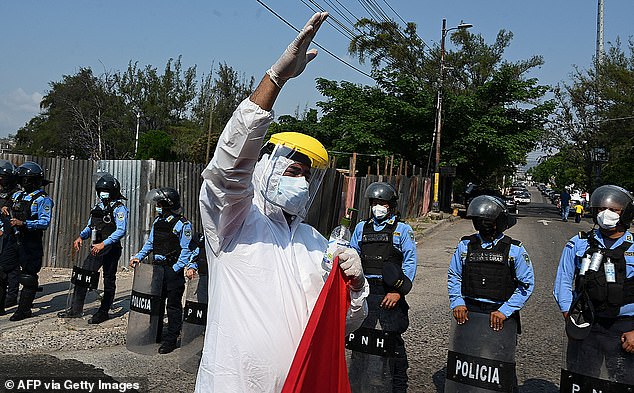 Protesters in Honduras demand the vaccine against the novel coronavirus, COVID-19, during a demonstration marking International Workers’ Day, in Tegucigalpa on May 1

In remarks to a Council of the Americas conference, Tai said the world had made real strides toward ending the pandemic but that a lot of work lies ahead.

‘That includes making the vaccine widely available and addressing the global inequity in vaccine access,’ she said. ‘This is not just a public health requirement. Our economic recovery depends on it.’

Tai is due to discuss demands from developing countries for a World Trade Organization waiver of intellectual property rights on coronavirus vaccines during a WTO General Council meeting later this week.

She has been meeting with the chief executives of the major vaccine manufacturers in recent days to discuss the waiver proposal and ways to boost vaccine production and distribution.

In Tuesday’s earnings report, Pfizer said that it earned $4.9 billion in the first three months of the year thanks in part to strong demand for its COVID-19 vaccine. 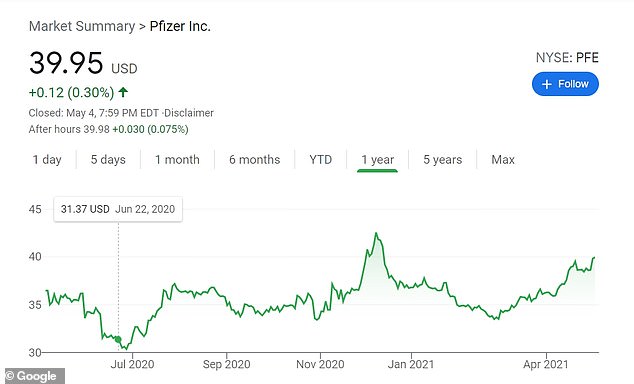 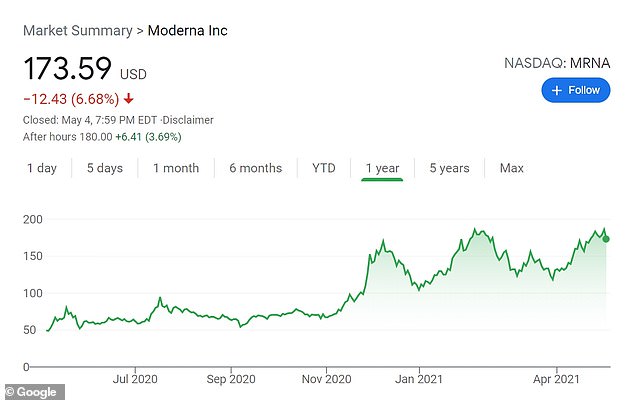 Pfizer also is testing both a pill and a different drug that’s injected as COVID-19 treatments.

Some patient advocacy and consumer groups now accuse COVID-19 vaccine makers of profiteering as they’ve only pledged to stick to nonprofit prices until the pandemic emergency ends. Some want patents suspended to enable poor countries to get cheaper vaccines sooner.

On a conference call Tuesday, Pfizer noted its three price tiers for the vaccine, depending on each country´s financial situation. In the U.S., Pfizer charges $19.50 for each dose, far below what Prevnar and many other vaccines cost here.

Pfizer reported quarterly net income of $4.88 billion, or 86 cents per share, on Tuesday. That was up from $3.36 billion, or 60 cents per share, in the same period last year, when the global coronavirus pandemic began triggering lockdowns, and doctor visits, diagnostic tests and new prescriptions for other medicines dropped significantly.

Moderna is scheduled to report quarterly earnings on Thursday before the opening bell.