The White House on Thursday cranked up its effort to sell a hike in the corporate tax rate as a top way to bring in cash to fund President Biden’s $2.3 trillion infrastructure package, with chief of staff Ron Klain calling it ‘just good policy’ and ‘common sense.’

White House Press Secretary Jen Psaki brandished a video chart at her press briefing Thursday, saying the 28 per cent corporate rate being proposed by Biden was ‘lower than it has been in the past several decade for most of that period of time.’

‘We think that’s an incredibly reasonable proposal,’ she said. 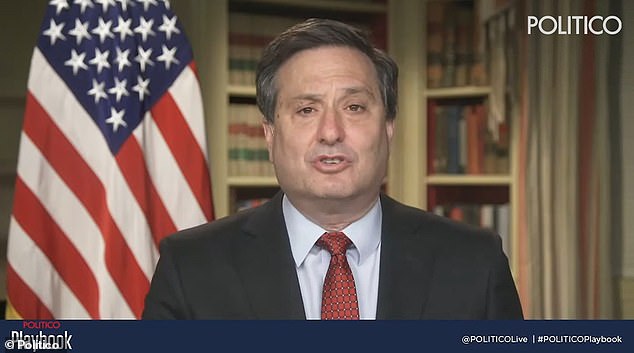 Psaki characterized the 2017 Donald Trump tax cuts, which brought the rate down to 21 per cent, as a ‘tax giveaway to corporate America.’ The rate had previously been at 35 per cent, and spiked during and after World War II.

Klain pitched the hike in an interview with Politico Playbook.

‘We put a proposal on the table to pay for them,’ he said. While he said he was open to alternatives, he tried to put the burden on skeptics to come up with ways to pay for Biden’s plan.

‘If people have other ideas on how to pay for this investment, then they should put those on the table,’ he said. 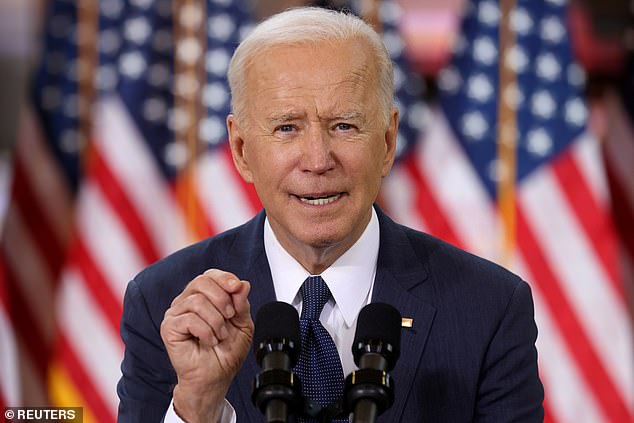 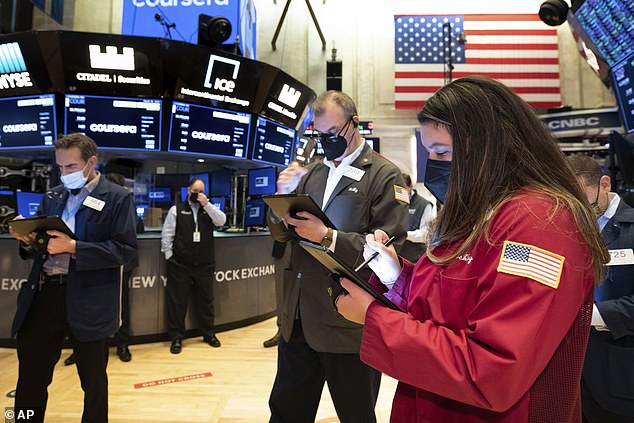 Corporations pushed for the cuts in 2017. The White House brought up companies who avoided paying any income taxes in 2018 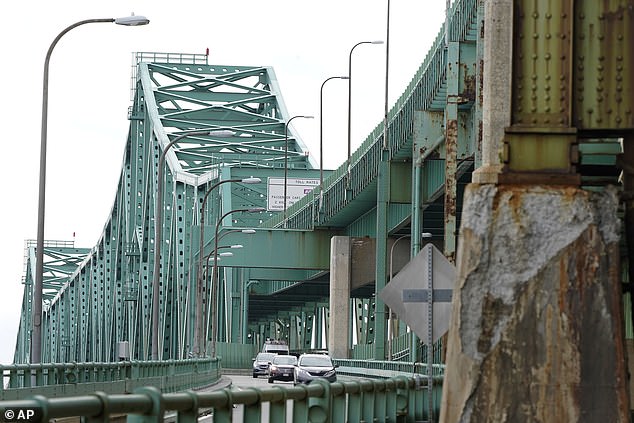 The tax cuts would cover some, but not all of the costs of the $2.3 trillion plan 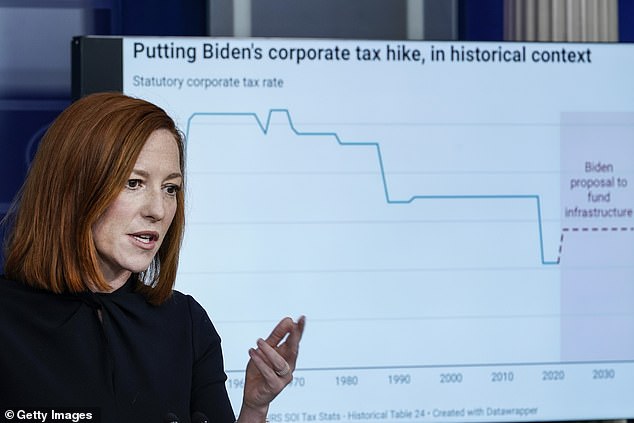 Psaki noted that 91 corporations paid no income taxes in 2018, although a change in rates wouldn’t impact firms who find other ways to avoid taxation through deductions, credits, and offshoring.

Klain also promised a political effort to sell the plan to lawmakers – although top Republican leaders Mitch McConnell in the Senate and Kevin McCarthy in the House have already blasted the plan.

Democrats may seek to get the plan through the Senate using a procedure that would allow it to get through with only 50 votes to get a round a likely Republican filibuster.

‘Congress will offer some suggestions. We will accept some of what he is proposing,’ he said, calling for expanding certain tax credits.

‘If we can improve upon the president’s proposal, we want to do that,’ Neal said.