By Janon Fisher For Dailymail.Com


President Joe Biden touted his appointment of Clinton confidant and Kamal Harris-bestie Minyon Moore to help him choose the first black female Supreme Court justice, but he never mentioned that she’s a Black Lives Matter board member, CRT promoter and supports the Defund the Police movement.

Moore’s deep blue political credentials go all the way back to Jesse Jackson’s 1984 and 1988 presidential campaigns.

But when the president announced that he would be setting up a board of advisors to help him with his SCOTUS pick and confirmation strategy he soft-peddled Moore’s history.

‘These advisors bring decades of experience to the table and will join the White House team working with the President on the selection of the nation’s first Black woman to the Supreme Court’ the White House said in its announcement appointing Moore. 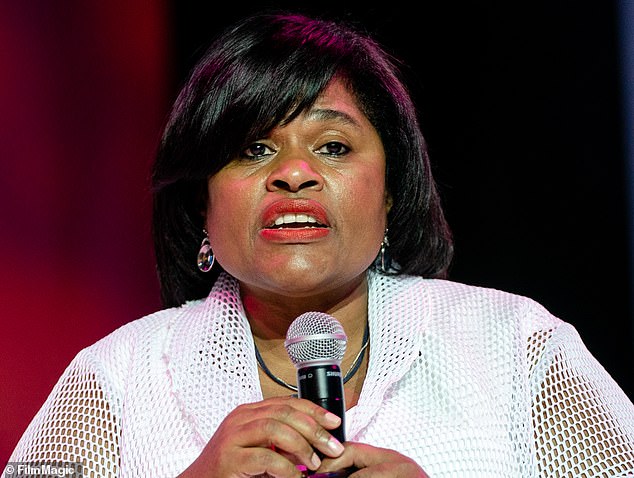 Minyon Moore, an advocate of Critical Race Theory who sits on the board of Black Lives Matter Global Network Foundation, will advise President Joe Biden on his SCOTUS pick 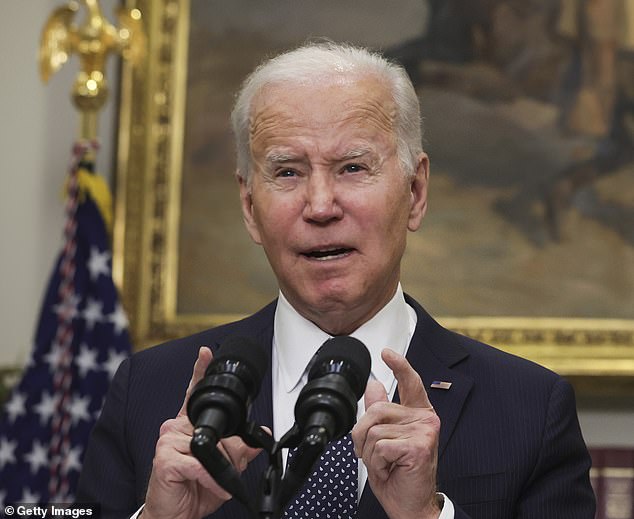 President Biden soft peddled the more controversial credentials of Minyon Moore, who he tapped to help advise him on his Supreme Court pick 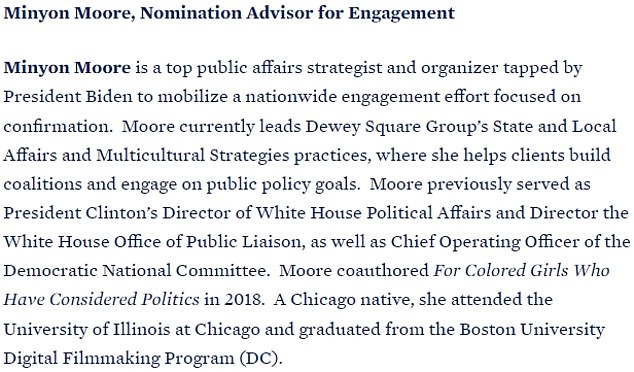 He never mentioned her affiliation with BLM Global Network Foundation, which has consistently advocated for the dismantling and defunding of police departments across the country because they consider them racist institutions.

The foundation has found itself on the defensive after co-founder Patrisse Cullors resigned amid questions about the whereabouts of millions of dollars in donations.

The California Department of Justice demanded an accounting of the money. AmazonSmile, a charity network affiliated with the online commerce site, suspended donations to the organization.

BLM told Fox News that Moore ‘has been required to cease all involvement in matters pertaining to her work with Black Lives Matter while she is part of the White House confirmation team.’

In a Facebook video Moore asks Crenshaw how to further spread the word on CRT to counter resistance, like Virginia Gov. Glenn Youngkin’s executive orders banning the teaching of the theory in public schools. 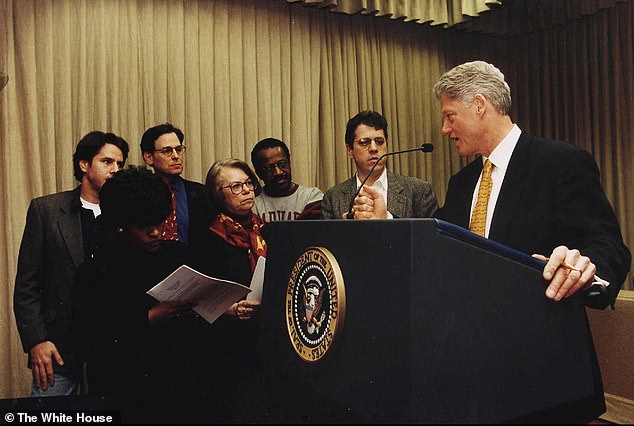 Minyon Moore (left front) was former President Bill Clinton’s field director for his 1992 campaign. She was also director of White House Political Affairs and, head of the Office of Public Liaison and the Democratic National Committee COO 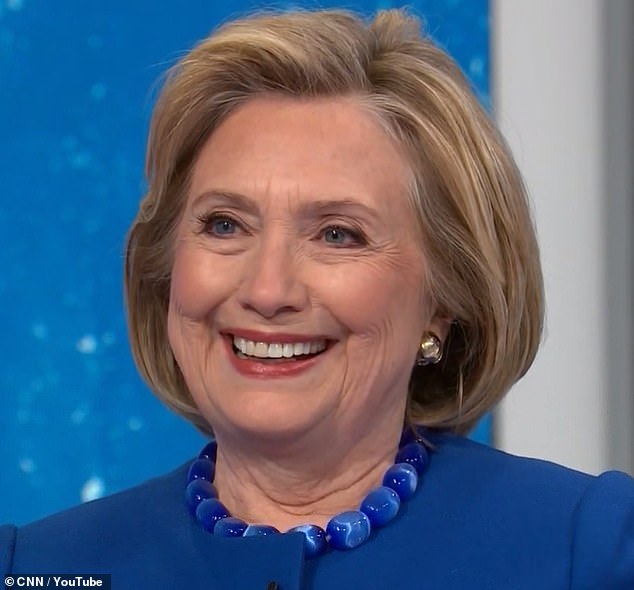 Moore, who cowrote the book ‘For Colored Girls Who Have Considered Politics,’ was a senior political advisor to Hillary Clinton’s 2008 presidential campaign 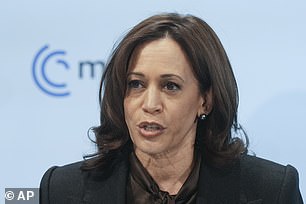 The president’s press release gushes over her leadership of the Democrat-connected Dewey Square Group’s State and Local Affairs and Multicultural Strategies arm.

DSG was founded by Moore after being named former President Bill Clinton’s field director for his 1992 campaign.

She was also director of White House Political Affairs and, head of the Office of Public Liaison and the Democratic National Committee COO.

She later was a senior political consultant to Hillary Clinton’s 2008 presidential run and remains part of her inner circle.

Moore, who was born in Chicago and graduated film school in Boston, also co-wrote the book For Colored Girls Who Have Considered Politics in 2018.

She’s been selected to be Biden’s Advisor for Engagement to mobilize the nationwide effort to get American’s interested and behind whoever the president picks for the high court.

‘The president is proud to have Minyon Moore on his team as he prepares to announce and confirm an extraordinarily qualified nominee after seeking the recommendations of Republicans and Democrats in the Senate,’ White House spokesman Andrew Bates told the Washington Examiner.

Moore also helped advise Harris during her failed presidential run and has since pushed the vice president to promote candidates for the upcoming midterm elections.

‘Where [Harris]is moving the needle is for people that look like us,’ Moore said at a 2021 conference on Black Women in American Politics.

Political columnist Matt Bai described Moore as one of ‘several African-American women who have reached the highest echelons of Democratic politics,’ the others include Donna Brazile and Leah Daughtry, both former chairs of the Democratic National Committee. 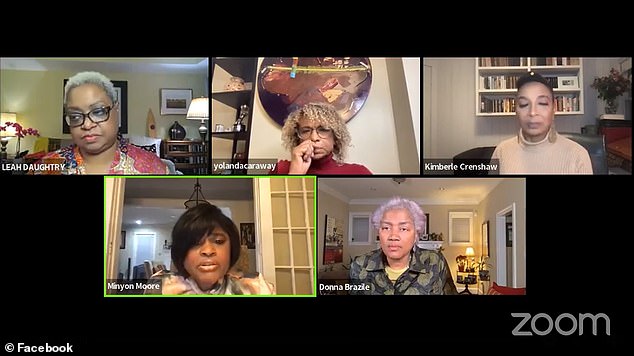 Moore (bottom left) meets frequently with Kimberle Crenshaw (top right), has here on this Zoom and has asked her how to further the teaching of critical race theory