Immigration and national security agencies are launching ‘Operation Sentinel’ to put sanctions – like travel restrictions – on smugglers helping migrants cross the southern border into the U.S.

The initiative comes in the midst of the massive migration crisis, which has seen a record number of encounters and apprehensions at the southern border under President Joe Biden. 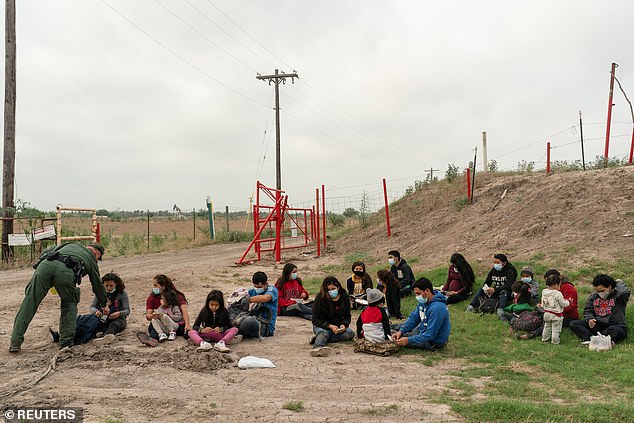 ‘With the help of our federal and foreign partners, we aim to cut off access to that profit by denying these criminals the ability to engage in travel, trade, and finance in the United States,’ he continued. ‘We intend to disrupt every facet of the logistical network that these organizations use to succeed.’

‘Operation Sentinel’ is a joint effort led by DHS in partnership with the State Department, FBI and Drug Enforcement Administration within the Justice Department.

Transnational criminal smuggler organizations help people illegally gain access to the U.S., where they are contributing to an inundated immigration system with overflowing facilities and overwhelmed staff.

March saw the highest number ever of illegal crossers and there are more than 22,000 unaccompanied minor migrants in federal custody.

In fiscal year 2020, Customs and Border Protection (CBP) recorded finding 250 migrants who died during their journey to their home countries to the U.S. 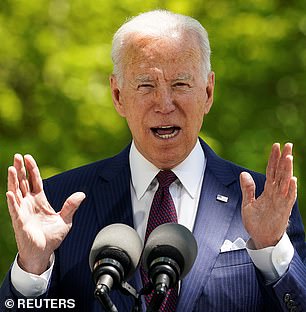 As part of another campaign promise to give immigrants more rights, Biden is stopping border and immigration agencies from making arrests at courthouses

As part of another campaign promise to give immigrants more rights, Biden is stopping border and immigration agencies from making arrests at courthouses.

The new directive from Acting Director of Immigration and Customs Enforcements Tae Johnson and Acting CBP Commissioner Troy Miller prevents the two agencies from carrying out their duties near courthouses so that individuals may testify in cases without fear of being arrested due to their illegal status.

‘Ensuring that individuals have access to the courts, advances the fair administration of justice, promotes safety for crime victims, and helps to guarantee equal protection under the law,’ Mayorkas said in a statement Tuesday.

He added: ‘The expansion of civil immigration arrests at courthouses during the prior administration had a chilling effect on individuals’ willingness to come to court or work cooperatively with law enforcement.’

‘Today’s guidance is the latest step in our efforts to focus our civil immigration enforcement resources on threats to homeland security and public safety.’ 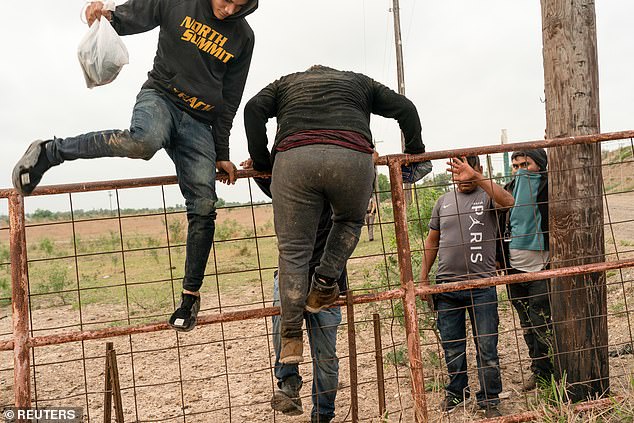 Central American migrants climb over a fence as they are detained by U.S. Border Patrol agents after crossing the Rio Grande river into the United States from Mexico in La Joya, Texas, U.S., April 27, 2021. REUTERS/Go Nakamura