The deputy minister of defence for Belarus has submitted his resignation and claimed he cannot support the current Russian invasion of Ukraine.

Major General Viktor Gulevich, who is also the chief of the general staff, argued that Belarusian military unit personnel refused to take part in hostilities and that the Armed Forces of Belarus could not complete a single battalion group.

Mr Gulevich is among a number of Belarusian officials facing economic sanctions from the UK government because of their closeness with Vladimir Putin.

He was accused of directing joint military exercises with Russia, and consenting to the deployment of Russian troops along the border of Belarus with Ukraine – which, the UK government claimed, ‘directly contributed to Russia’s ability to attack Ukraine’.

The UK Foreign Office previously said the Belarusian military has ‘supported and enabled the Russian invasion of Ukraine’ by allowing Russian troops to build up on its border with Ukraine.

A scan of Mr Gulevich’s statement, which was reportedly addressed to the current Minister of Defence Viktor Khrenin, added: ‘Conducting explanatory work with the commanders of military units did not yield results. I have the courage to assume that the replacement of the commanders of these military units, who could not organise the formation of groups on the ground, will not give us the result we need.

‘In view of the above, I ask for your decision regarding the acceptance of my resignation.’

A picture of the letter was shared by former Deputy Defence Minister of Ukraine Alexander Nosov. 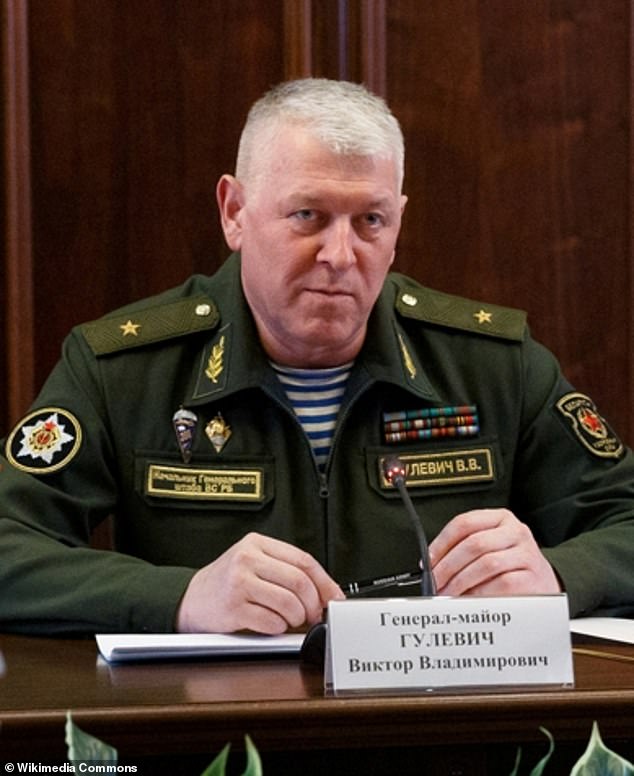 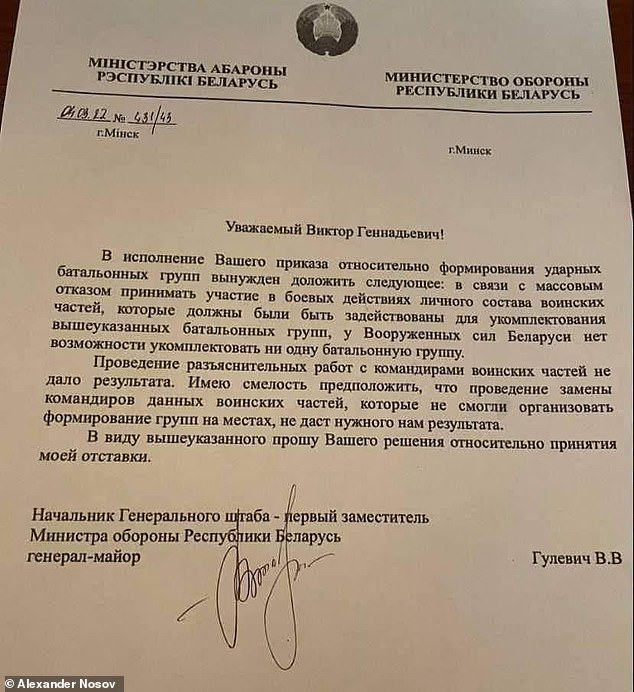 The Ministry of Defense of Belarus questioned the authenticity of the letter and said Mr Gulevich cannot ask the Minister of Defence to resign, but rather the person who employed him – the commander-in-chief of the Armed Forces of the Republic of Belarus.

The Ministry also disputed his claims and said the formations and military units of Belarus are staffed ‘100 per cent’.

Meanwhile, Oleksiy Arestovych, the advisor to the head of the Ukrainian president’s office, said he is checking the information surrounding Mr Gulevich’s resignation.

Speaking to Rada TV on Sunday morning, Mr Arestovych claimed the Russian army is conducting shelling from Belarus and holding the nation ‘hostage’ during the invasion of Ukraine.

He said the Belarusian army is not being used against Ukraine but was being deployed along the borders.

He added: ‘However, the Belarusian army at the level of formations does not take part in the armed aggression against Ukraine.

‘Nevertheless, the territory of Belarus is used, to put it mildly, to the fullest – troops come from there, the entire system of military airfields is used to bombard Ukraine, and anti-tactical missiles are launched.’

Mr Arestovych said the resignation of Mr Gulevich may be because the Russian leadership is ‘pressing and framing’ the Belarusian army and people.

Announcing sanctions against Mr Gulevich, the Foreign Office said: ‘Gulevich is responsible for directing the actions of the Belarusian armed forces, which have supported and enabled the Russian invasion of Ukraine.

‘He has directed joint military exercises with Russia, and consented to the deployment of Russian troops along the border of Belarus with Ukraine, which has directly contributed to Russia’s ability to attack Ukraine, including from positions in Belarus.’ 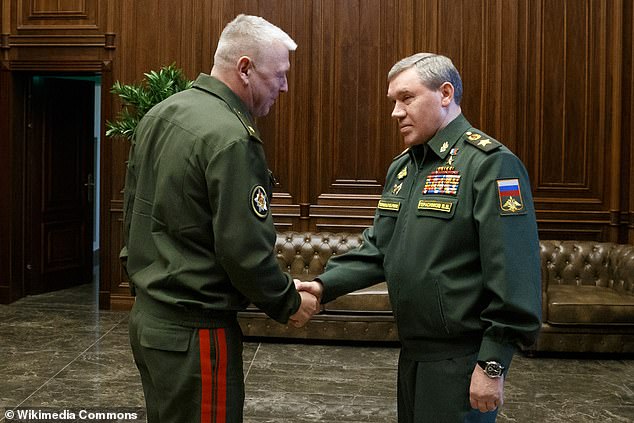 Elsewhere, the China-backed Asian Infrastructure Investment Bank has said it will suspend business related to Russia and Belarus in a sign of the two countries’ deepening pariah status over the war in Ukraine.

In a statement issued Thursday, the AIIB said that ‘in the best interests of the bank, management has decided that all activities relating to Russia and Belarus are on hold and under review’.

China, whose bilateral relationship with Russia has strengthened in recent years, has thus far avoided criticising Moscow over its invasion of Ukraine, while Belarus was the location from which some of the forces involved in the Ukraine invasion were launched.

While financial institutions and businesses around the world have been scrambling to distance themselves from Russia and Belarus over the conflict, the International Paralympic Committee (IPC) said Thursday it was banning Russian and Belarusian athletes from the Beijing 2022 Paralympic Winter Games, which began on Friday, following speculation Russian athletes could be allowed to compete.