Australian households and businesses could save up to $198 a year on their energy bills by switching to providers that pass on and eight per cent drop in electricity wholesale prices.

There Australian Competition and Consumer Commission estimated that if all electricity users switched to the lowest available plan or offer, it would represent a total saving of $900million.

‘There are two ways that households and small businesses can get the hip-pocket benefit of recent reductions in retailers’ costs,’ said ACCC chair Rod Sims.

‘[They can change] to a new, cheaper plan; or, by waiting for their retailer to lower the rates on the plan that they’re already on. 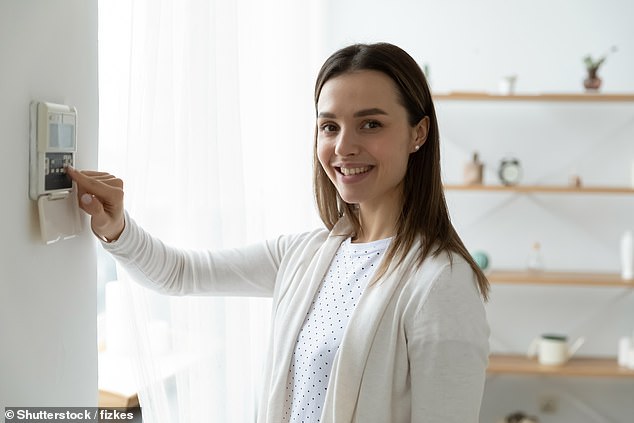 HOW MUCH YOU COULD SAVE BY STATE

While most people stay with their existing plans and do not check if there are better offers available, the ACCC said the onus on reducing bills also lies with the electricity companies themselves and warned that heavy penalties will be applied if they do not pass on lower wholesale costs.

‘While we encourage consumers to cash in on the available savings by switching to a better deal, new laws require electricity retailers to pass on cuts in the wholesale cost of electricity.’

New regulations allow for fines of $10 million or 10 per cent of a company’s turnover if they do not make efforts to pass on lower electricity costs.

‘If electricity retailers haven’t passed on the savings to consumers as required by law, they can expect to hear from us,’ Mr Sims warned.

The ACCC said they had already approached a number of electricity retailers who may not have adequately passed on cost savings. 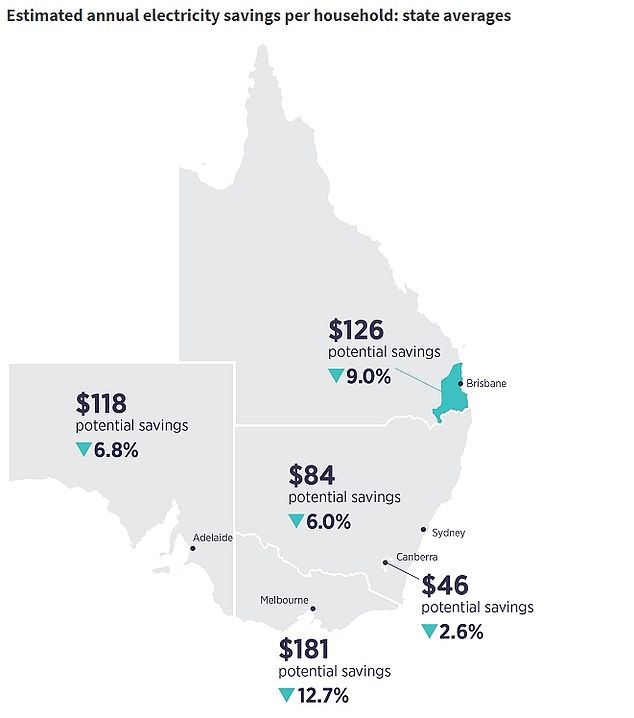 ‘We also urge people who haven’t seen their bill come down to contact their electricity retailer and ask to be put on the best offer for their circumstances,’ Mr Sims said.

‘Many consumers will be able to achieve further savings by comparing advertised prices and shopping around.’

Mr Sims said prices in electricity have dropped because of an increase in generation capacity due to a fall in fuel costs and increased renewable energy.

‘Prior to this, we had a decade of sustained electricity price increases that placed unacceptable pressure on households and small businesses,’ he said. 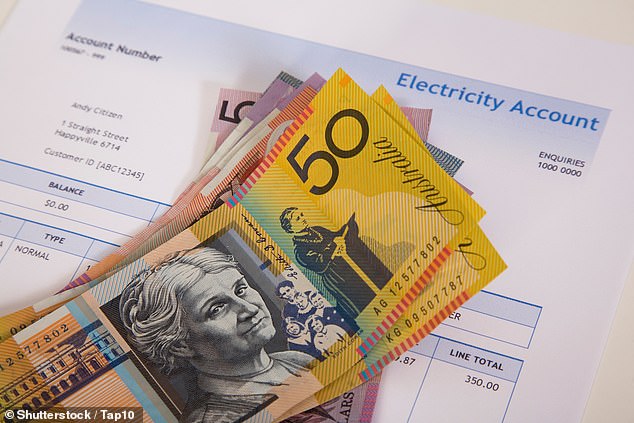 There is $900million in savings to be made by consumers if they switch to lower offers or have their plans reduced by retailers, figures by the consumer protection body has revealed (Stock)