A New Zealand supermarket’s chip aisle has gone up in flames – with staff suspecting the blaze was started as part of a TikTok challenge.

A team of 60 firefighters were called to the Countdown supermarket in Henderson, Auckland when the fire ignited just before 8.30pm on Thursday.

Police have confirmed the incident is being treated as arson while workers at the store told the NZ Herald they were aware of a social media craze where young people were setting chip packets on fire.

It is not yet clear how the fire started but it’s believed a group of youths were involved. 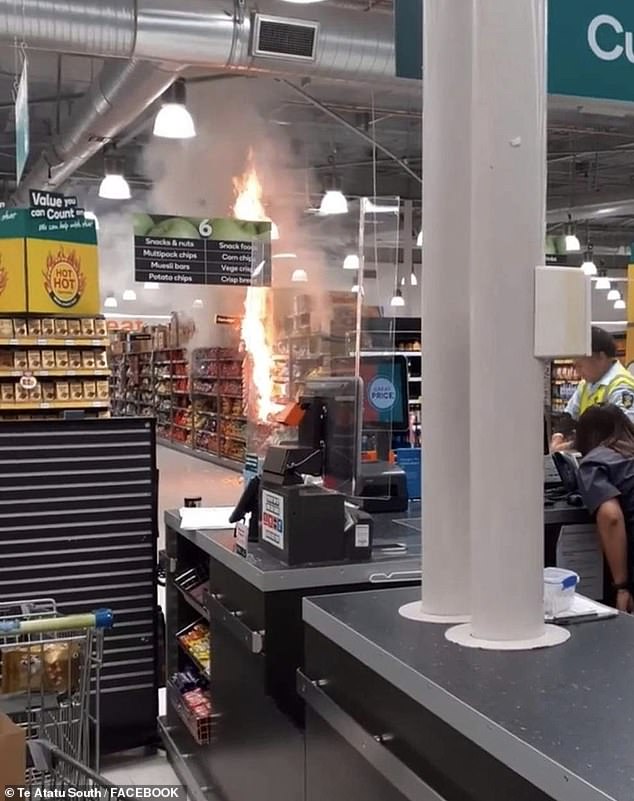 A fire broke out in the chip aisle of the Countdown supermarket in Henderson, Auckland on Thursday night

The supermarket was closed on Thursday as police and fire investigators continue to work on the scene.

Shocking footage shows flames of up to three metres high roaring up towards the ceiling with the aisle now being left black and covered in debris.

Shoppers and staff were evacuated as smoke started billowing throughout the mall on Thursday night.

The store announced on Facebook on Friday morning no staff had been injured as a result of the fire. 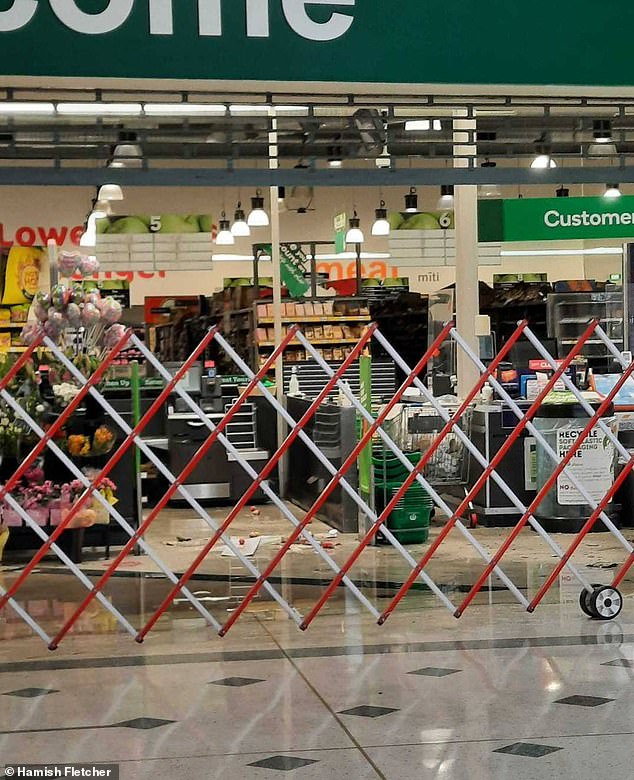 The store has been closed on Friday while police and fire authorities investigate. Nobody was injured during the incident

‘Following a fire last night, our Henderson Store is closed as we assess the extent of the damage,’ the supermarket said.

‘Our store team are all safe and we’re providing them with support as needed. We’re also making sure any food that can be is donated to our local food rescue partner Fair Food.’

The rest of the shopping centre has since reopened.

A Countdown spokesperson told Daily Mail Australia they are working with authorities to determine the cause of the fire.

‘We have been working closely with the Police and Fire Emergency to understand the cause of the fire in our Henderson store,’ they said.

‘While we can’t comment on the motives behind the event, we’re obviously disappointed that people may have intentionally started a fire in one of our stores.

‘The Police have since opened a criminal investigation. We have provided them with CCTV footage from our store and will continue to support their investigations.’

A supermarket in the US reportedly caught alight after a group of youths tried the TikTok challenge.