A young girl died after her mother’s desperate calls to 000 went unanswered for 15 excruciating minutes.

Alisha Hussein, 14, died in hospital after suffering a major asthma attack in her north Melbourne home on October 27 last year.

Her heartbroken mother Jasmine spent 15 agonising minutes waiting to be connected with an ambulance, a delay that ultimately proved fatal.

Alisha, who had dreams of being a magistrate since the age of 10, died after her mother was forced to drive her daughter to hospital herself.

She is just one of dozens let down by Victorian’s emergency service with leaked data revealing residents are waiting minutes rather than the required five seconds to be connected to an operator.

The Victorian Government is under mounting pressure to do more to bolster the system, with ambulance delays recently exacerbated by the Covid pandemic. 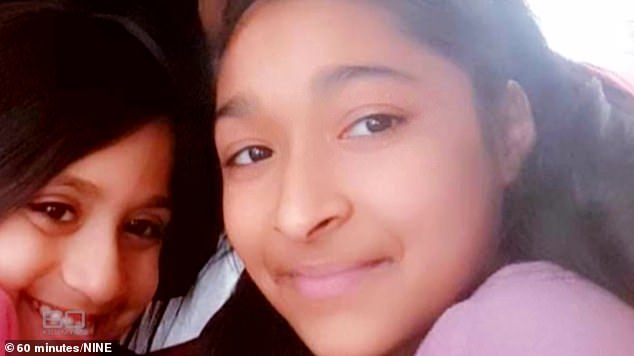 Alisha Hussein, 14, (right) died in hospital after suffering a major asthma attack in her north Melbourne home in October, after she waited 15 minutes for an ambulance

On the last day of Alisha’s short life, her mother Jasmine described how she watched as her daughter’s condition deteriorated in minutes.

‘She was talking, and out of nowhere she just said “I can’t breathe”,’ she recalled to 60 Minutes, adding her ventolin and a nebuliser were usually enough.

In distressing audio of her phone call to 000, an increasingly-worried Jasmine siad her daughter was ‘going blue’.

She was put on hold with a Telstra operator for 15 minutes as her daughter struggled to get enough oxygen into her lungs.

Jasmine asks the operator if it would be quicker to drive her daughter to hospital herself, saying: ‘She’s not going to probably make it. She’s dying’.

After waiting 15 long minutes to be connected with an ambulance she struggled to find a pulse on her deteriorating 14-year-old. 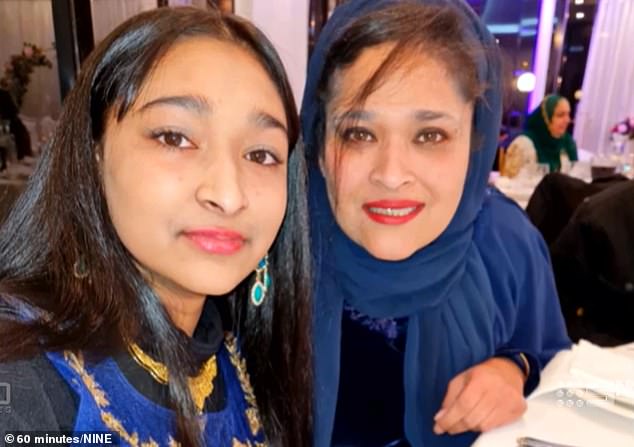 In distressing audio of her phone-call to triple zero, an increasingly-worried Jasmine (right) is heard commenting her daughter (left) was ‘going blue’ 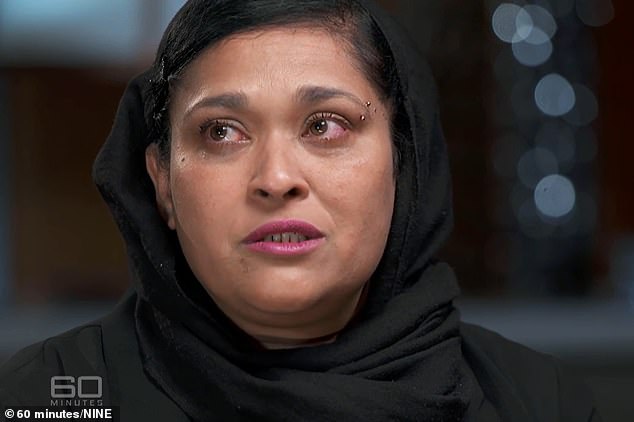 As the operator tried to connect her with several different lines the calls continued to ring out – eventually forcing Jasmine to take matters into her own hands.

She bundled her dying daughter into the backseat of the family car and started CPR.

‘I knew she wasn’t going to make it,’ a teary Jasmine said of the traumatic car-ride

Medical staff tried in vain to resuscitate the teenager for an hour before she was declared dead, with the call to 000 answered as she lay in hospital.

‘She didn’t need to die that night. She needed the ambulance there and that would have been enough to save her,’ Alisha’s tearful mother said.

Jasmine believes if the operator picked up after 10 minutes, instead of 15, her daughter would still be alive today. 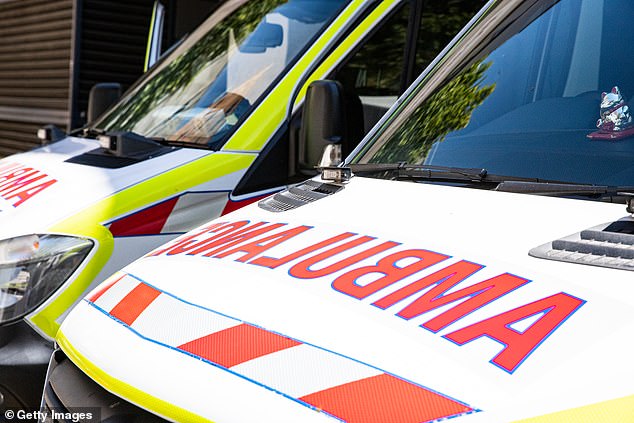 In Victoria, a call to emergency services is required to be connected with the fire department, police or ambulance within five seconds (pictured, a Victoria Ambulance)

In Victoria, a call to emergency services is required to be connected with the fire department, police, or ambulance within five seconds.

Emergency calls are first answered by Telstra, which connect them to 000 operators at the Emergency Services Telecommunications Agency.

A joint report by 60 Minutes, The Age, and the Sydney Morning Herald revealed callers were waiting crucial minutes for their emergency calls to be answered.

Victoria has been criticised in years past for its 000 service, with leaked data revealing a series of morbid statistics.

Documents obtained by 60 Minutes showed in the past six months at least 10 Victorians died while waiting for their call to be answered.

As recent as late January, on some days more than 1,000 calls to ESTA were taking at least two minutes to be connected rather than the required five seconds. 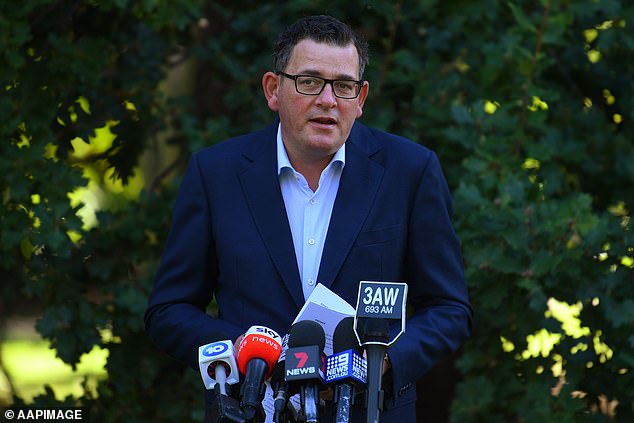 The state government has pledged an additional $115million to pay for 120 new staff at ESTA (pictured, Victorian Premier Daniel Andrews)

‘There are at least 10 notifications of possible adverse outcomes from call delays, they’re not 10 conclusions, they’re 10 suspect cases,’ he said.

He predicted it would take 18 months to two years to get the agency in a place where it could answer to community expectations.

The state government responded to increased calls for an overhaul of the system by pledging an additional $115 million to pay for 120 new staff at ESTA.

– The funding will bring on more call-takers, better support the workforce and deliver recruitment and community education campaigns

– An extra $27.5 million was allocated to ESTA back in October to address call-taking demand pressures