To me, the much-repeated claim that the task of keeping Carrie placated influences our Prime Minister’s decisions seems unbelievable.

Can this really be true? Is the most powerful man in the country, Boris, the original alpha male, so nervous about his fiancee throwing a wobbly that he makes not only domestic but professional choices based on swerving the pots and pans she might chuck his way?

His appointment of Allegra Stratton as the face and voice of Downing Street communications was reported to come down to his fear that Carrie would be cross if she didn’t win the gig.

When the investigation into the identity of the ‘Chatty Rat’ threw up the name of special adviser Henry Newman, Boris apparently said it would cause him problems if true because Newman was Carrie’s friend. 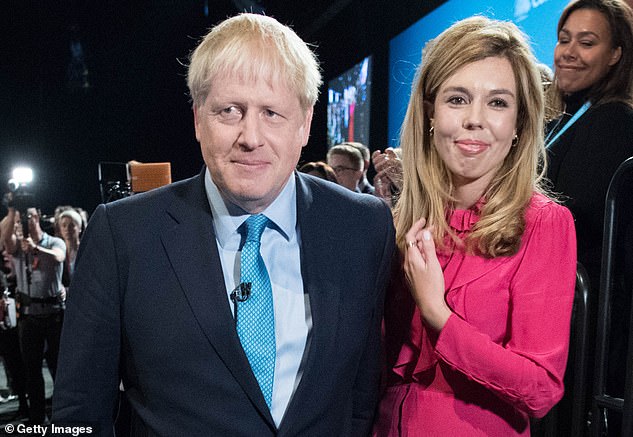 And now, as the couple are engulfed in the ludicrous Wallpapergate, it appears he was so eager to keep her happy that when he discovered the price of her proposed Downing Street refurb, rather than risk a confrontation and tell her that a lick of Dulux would have to do, he was to be found wailing at colleagues that her choice of wallpaper was bankrupting him. As if this were a matter out of his control.

Can the brilliant mind, canny operator and populist politician that is Boris Johnson seriously be so terrified of Carrie Symonds that he will do anything that she wishes, no matter the consequences? I very much doubt it.

Of course, there are times when most of us say our other half will ‘go mental’ about something or other.

I know countless women who not only admit sneaking new clothes into the house so their husbands don’t spot yet another purchase, but positively relish saying so. It’s a little shared joke that is based on traditional role-play. 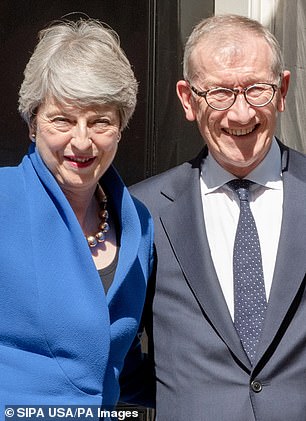 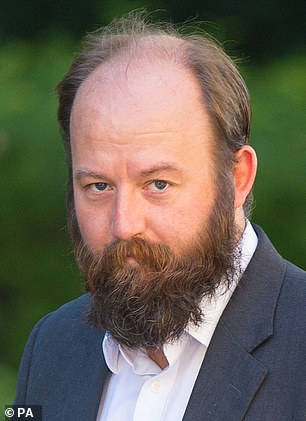 More from Alexandra Shulman For The Mail On Sunday…

But I can’t imagine, nor have I ever heard, anyone telling their work colleagues that the reason for some professional decision was to avoid domestic disharmony. Doubtless, there are occasions when that is precisely why something or other took place. But that fact would never be confessed to – because it would sound utterly pathetic.

However, I’m a woman and there’s no way we would want it thought our partners could ever influence our professional behaviour.

Can you imagine Theresa May explaining that she couldn’t get rid of Nick Timothy because Philip would go off on one?

Or Priti Patel defending her undeclared meetings with Israelis, when she was International Development Secretary, on the grounds that her husband Alex (yes, who he?) was forever nagging her to visit Jerusalem? It just wouldn’t happen.

Boris, though, if these reports are true, seems to be conforming to the blokeish stereotype that has long been his calling card. The one that doesn’t give a toss about the way his hair looks or if his socks match, or for that matter whether his sofa comes from Ikea or Soane.

That guy will banter with his mates about ‘she who must be obeyed’ or ‘her indoors’, blithely apportioning responsibility on the grounds of ‘anything for a quiet life’.

But it turns out that this time they weren’t his mates he was downloading to but partisan employees keen to report on the tugging of apron strings. And that hoped for quiet life is getting to be about as noisy as it can be.

‘Friend’ who started the No 10 nightmare

The Tories have form when it comes to interior decoration. Margaret Thatcher was known for insisting that, no matter the grandeur of the room, her curtains must not reach the floor to allow ease of cleaning, while Michael Heseltine was mocked in Alan Clark’s bestselling diaries for being unfortunate enough to have to buy his own furniture, rather than inherit it.

That last observation has always been attributed to Clark as an example of his snobbery but it was in fact made by Tory grandee Lord Jopling and reported in the diaries.

Similarly, the now-famous John Lewis nightmare phrase, said to have been used by the current incumbents of No 10 to describe Mrs May’s taste in furniture, was not made by either but by a friend describing the interiors they inherited to Tatler magazine.

Throw the book at this cancel culture

Cancel culture has reached a new high, or possibly low, with the news that the American publishers of a recent biography of writer Philip Roth are pulping the book because of accusations of inappropriate behaviour by its author Blake Bailey.

Bailey was given unique access to Roth’s friends and papers so those of us who haven’t already nabbed a copy are now going to be deprived of the chance of reading an important work about one of the 20th Century’s greatest authors. 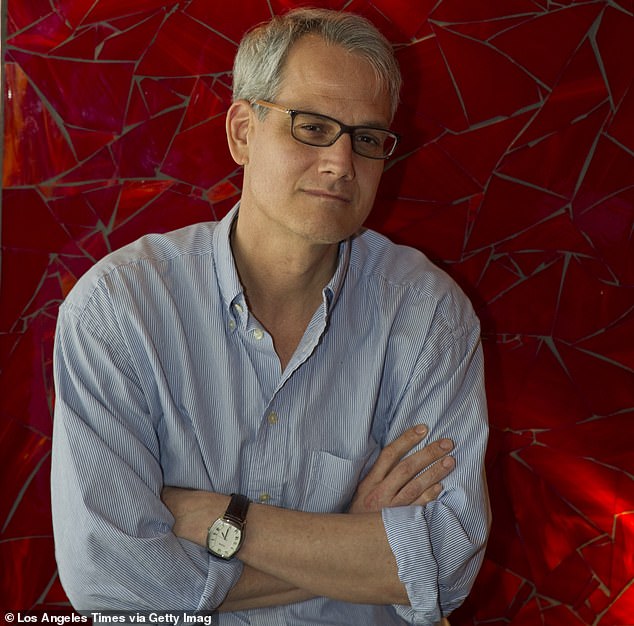 In the current puritanical climate, Roth himself probably wouldn’t get published, since his behaviour towards women has long been known as hardly fragrant.

But it’s wretched that publishers are binning books either about, or by anyone, who has led a questionable life – given that’s often the main reason why they’re worth reading in the first place.

Lily is no match for the Mitford magic

Nancy Mitford’s The Pursuit Of Love has a new television dramatisation next week. I’ve seen many of Mitford’s novels adapted for screen and they always fail to capture the magical essence of the books.

Most of us read the brilliantly sharp Mitford when we were young and inserted our own dreams and fantasies on to the eccentric but glamorous cast of characters.

The added ingredient was our own imagination which is shut down when we watch TV adaptations and I doubt will survive Lily James as flighty Linda, and the strangely cast Dominic West as eccentric Uncle Matthew. 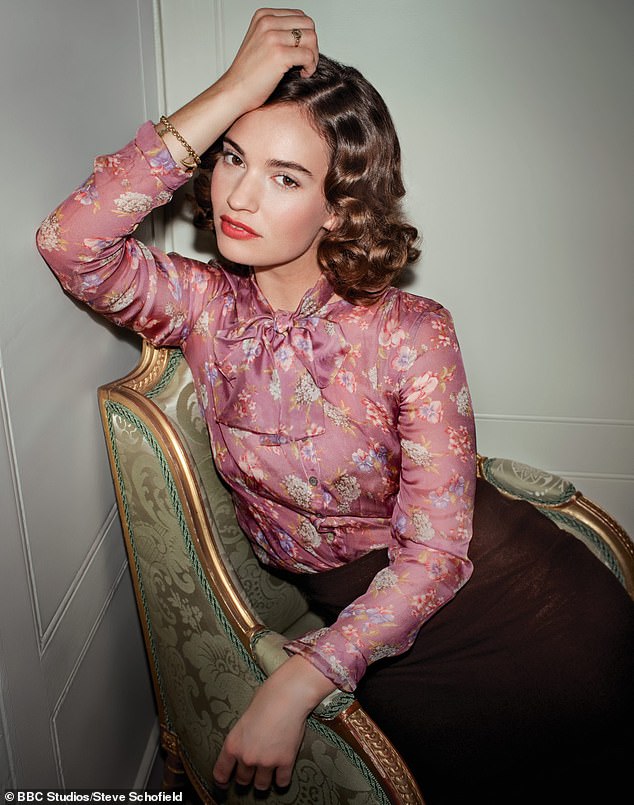 Dulling our imagination: Lily James stars as Linda in a new television dramatisation of Nancy Mitford’s The Pursuit Of Love

As a London teenager, the sight of the dying daffodils in Hyde Park was always the signal that it was the end of my Easter holidays. A downbeat moment.

Running in the park last week, I saw those same daffodils withering and the children are back at school. Yet this time, the sight of nature’s ritual – still in place 50 years on – felt reassuring rather than depressing when so much else seems difficult and strange.