After London Capital & Finance (LCF) and the implosion in the Woodford investment funds, it is smart for the Financial Conduct Authority (FCA) is to get its defences in first.

The rise of easy-to-use online social media sites such as Reddit, no-fee trading platform Robin Hood and all sorts of other digital platforms and apps has blurred the lines between serious investment, gaming and gambling.

As the FCA points out, ill-equipped new investors are being inveigled into putting money into high-risk assets, such as cryptocurrencies and foreign exchange and ramped-up shares such as Gamestop, without recognition that there is a downside. 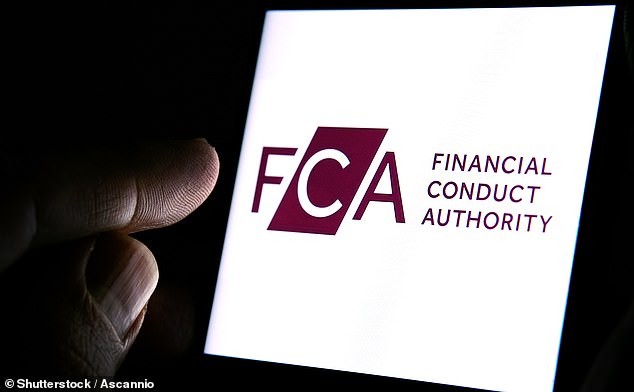 If and when these markets go into reverse, new and often young investors might quickly discover they are nursing losses, perhaps on assets bought with borrowed money, which they cannot afford.

One suspects appetite for some of this activity is a consequence of pandemic boredom. Monitoring much of this is not easy for the regulators either, as the worldwide web knows no borders except in China.

It is a rich feeding ground for high-pressure sales people and pop-up websites. The warning is valuable but one suspects the FCA, which failed to heed 600 red flags concerning LCF, might find it hard to pick up much of this stuff which falls outside its remit or perimeter.

We have to look no further than Greensill Capital, Gupta and Wyelands Bank to know how the regulatory system can be gamed. Former City minister Paul Myners tells me that over the last two years he submitted 40 questions regarding this rickety and untrustworthy financial structure.

But seemingly no attention was paid, and both Greensill and Gupta gained some access to Covid loan schemes, if not the one operated by the Bank of England.

Myners argues that because banks are now tightly regulated it opened the opportunity for non-banks to squeeze through the gaps.

In the interests of financial stability it is time that UK regulators became more streetwise about abuse, which at Greensill reached the heart of government.

You might think it was all over for the City, judging from reaction to the migration of stocks from London to Amsterdam.

As disturbing as that may be, it is worth bearing in mind that much of the trading is being done among professional users on a London Stock Exchange Group Turquoise platform and that Brexit does appear to have unlocked the Square Mile as a good place for tech floats.

There is room for carping about the £9billion price placed on Deliveroo shares amid worries about changing employment rules post Uber and the fact that the food deliverer lost £224million last year.

Those who followed the fortunes of Amazon from its beginnings in 1994, will remember that it took a decade or more for it to report a quarterly profit.

Online pensions provider Pension Bee may be a minnow but the business opportunity is enormous. Legal & General, M&G and others may have the lock on buying-in, larger defined benefit pension schemes, but there are an estimated £40.8billion non-workplace and dormant pension pots out there.

Pension Bee founder Romi Savova came up with the smart idea of vacuuming this big untapped, online service and already has £1.5billion under management.

It is also good that Pension Bee, like Deliveroo, wants to bring retail investors in on the float and is using technology developed by another London online start-up, Primary Bid, to provide access.

The attraction of tech floats, when there has been a setback in Wall Street valuations, remains healthy.

Trustpilot, which manages reviews for half-a-million websites is off to a good start with the shares up 14 per cent, placing a value of £1.1billion on it. Cautionary voices might whisper ‘remember dot.com’, and there is always risk.

But we should applaud the fact that tech entrepreneurship is alive and well.

These are testing times for Rolls-Royce and it may need every krone it can raise.

Nevertheless, how it thought it was acceptable to sell Bergen Engines, which makes power units for naval and civilian vessels, to a Russian firm, TMH Vehicles, is inexplicable. The £129million deal, correctly, has been blocked by Oslo authorities.

Back to the blueprints for Rolls.