ALEX BRUMMER: Business Secretary could have added Greensill and GFG to his list of corporate sinners

Fighting talk from Kwasi Kwarteng on how audit reform is crucial to restoring confidence in business.

He charges that audit failures led to large-scale collapses such as Thomas Cook, Carillion and BHS, causing job losses and leaving the taxpayer to pick up the bill.

If he wanted to be fully up to date the Business Secretary could have added invoice finance group Greensill and Sanjeev Gupta’s industrial empire GFG to his list of corporate sinners. 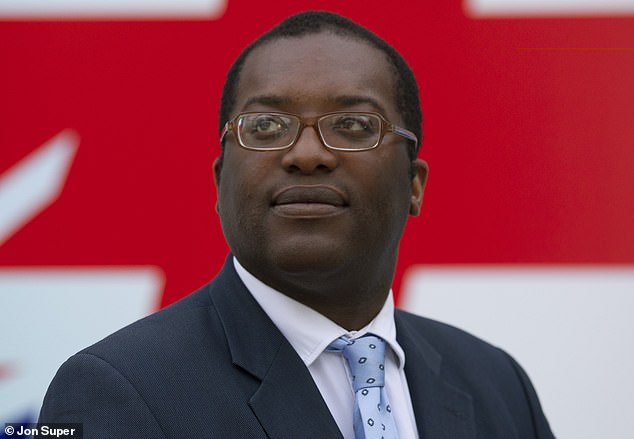 Business Secretary Kwasi Kwarteng claims audit failures led to large-scale collapses such as Thomas Cook, Carillion and BHS causing job losses and leaving the taxpayer to pick up the bill

London-based Greensill Capital handled billions of pounds of supply chain finance and ballooned into a vast business with virtually no regulatory oversight while audited by a lesser-known firm Saffery Champness.

As for Gupta’s private empire it is almost impossible to track the finances of the 64 or so entities.

What we do know is that in support of the jobs Gupta has saved in the UK until now he has managed to extract taxpayer funding from the devolved Scottish and Welsh governments and Whitehall.

His companies may need fresh guarantees and loans now that Greensill, its main financier, is insolvent and some 5,000 British jobs are at stake.

Audit industry changes proposed by Kwarteng are well rehearsed. At the core is new regulator the Audit, Reporting and Governance Authority with sweeping powers to fine and discipline auditors as well as hold directors responsible for preventing and detecting fraud.

John Kingman’s report on toughening up the policing of audit was produced and published in super-quick time in 2018.

Subsequent reports by the Competition and Markets Authority and Donald Brydon – designed to encourage competition, clean up the profession and restore faith in accounts – have still to be acted upon.

The authors of all three reports have been wheeled out by the Business Department in support of change. All carry the same message – the need for reform is urgent.

But in place of action now there is to be a further round of consultation. Instead of grasping the nettle there is to be four months more of delay. By then the House of Commons will have packed up shop for the summer.

These are not governance hotheads sounding off but City grandees who have had enough of the bumbling. In the small print of the Government statement are the deadly words that legislation will be introduced when Parliamentary time permits.

Companies and the employees have transformed in the pandemic, converting to home-working and embracing digital systems. The very notion there is insufficient bandwidth to clean up audit as Britain goes global is beyond parody.

A great feature of Britain’s labour market is its flexibility.

There is a tendency to denigrate the gig economy but without people like Deliveroo moped riders and Freddie’s Flower cyclists, some of the wealth creation seen in the pandemic might never have happened.

Arguably, Uber drivers are a different case and new employment rights such as the living wage, sick pay and pensions will not spread to other activities.

One also suspects not all drivers will be excited by the change. The regularisation of their terms and conditions will see them converted from self-employed to payroll workers, removing tax advantages.

Among the movers behind the change are black cab drivers, who were on a mission against cheaper rivals even though many are free market advocates. They are allied with the unions which would like nothing better than bring everyone into the net.

A solution might be for employers to offer staff a choice of gig working or regular employment. Everyone deserves decent pay and that means the living wage-plus.

It would be fascinating to see which way gig workers would jump.

Marks & Spencer has been out of stock market favour for a long time.

Fascinating then that, as it broadens the brand offering online with Jaeger, ramps up food delivery with Ocado and prepares to redevelop its flagship store in London, attitudes rapidly are changing.