Shocking footage has emerged showing the moment the roof of an Aldi supermarket collapsed as heavy rain smashed Sydney.

The incident happened at a store in Hurstville, in Syndey’s south on Monday night.

Water can be seen dripping through the ceiling near the shelves as lights flash before multiple ceiling tiles fell to the ground under the enormous pressure.

The wild storm has seen multiple streets left under water in Syndey’s inner-west, with roads in Camden and Bankstown resembling rivers. 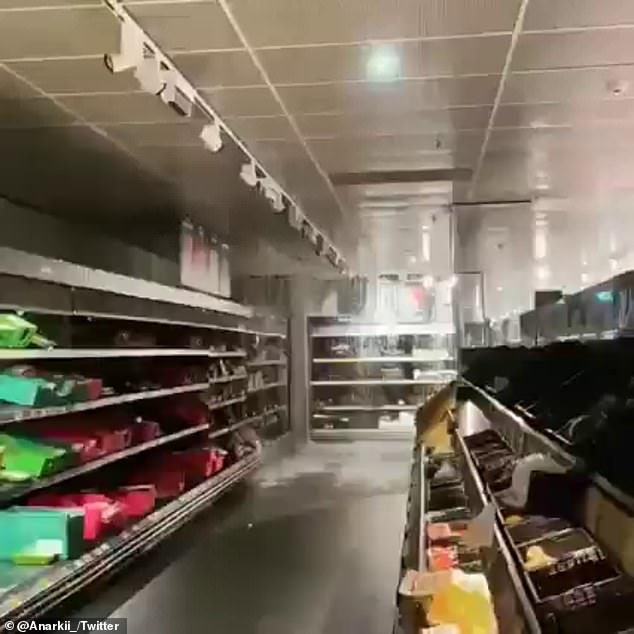 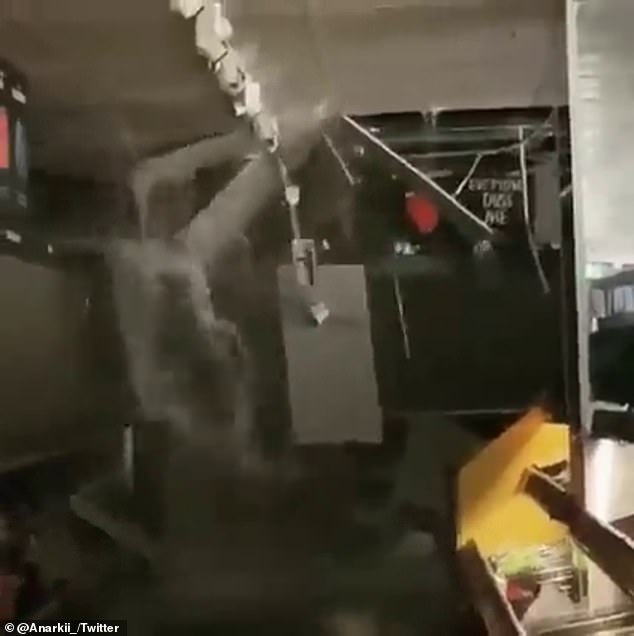 The Monday night deluge was expected to worsen into Tuesday, with an east coast low forecast to dump up to 150mm of rain on Sydney, accompanied by damaging of winds.

On Monday evening, the SES issued evacuation orders for parts of Camden in Sydney’s south-west by 9pm. 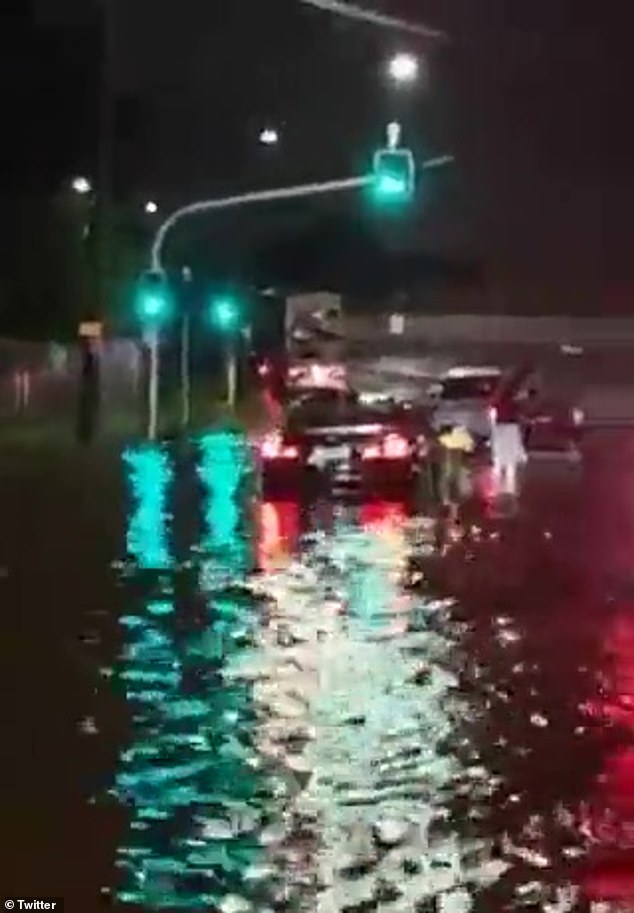 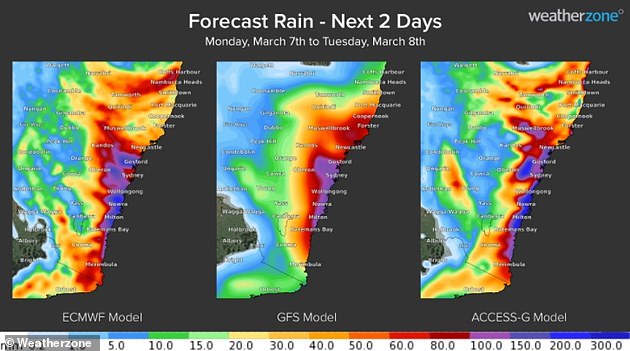 Residents in the south coast towns of Sussex Inlet and St Georges Basin were also told to prepare to evacuate.

In greater Sydney, the wet weather has created landslides and shifting earth.

Residents in Sydney and the Blue Mountains have been warned over the risk of deadly landslides, many of which have already caused mud, trees and vegetation to fall onto roads.

A number of the landslides were reported at Emu Heights and Katoomba in the Blue Mountains. 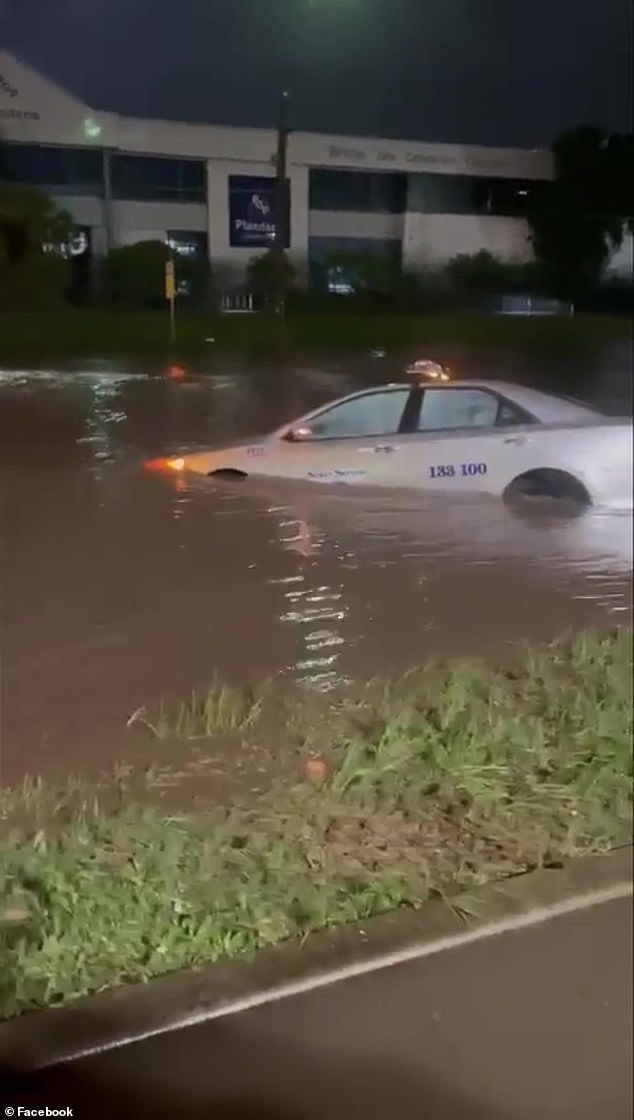 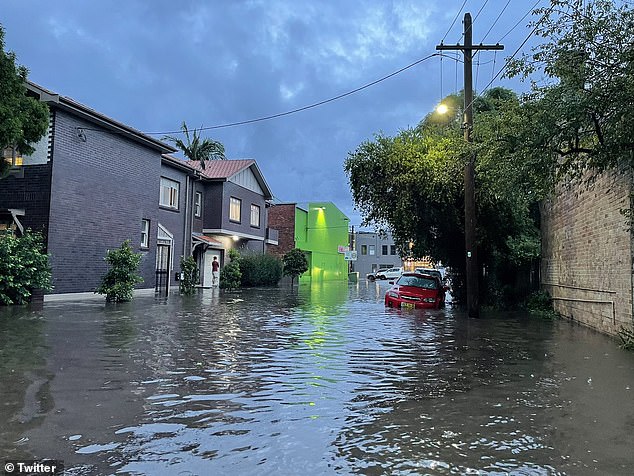 Park Street, Petersham is seen under water on Tuesday night after a torrential down pour hit Syndey