A 68-year-old Brisbane man has been hospitalised with serious injuries while another man is in custody after an alleged assault on the driveway of a Brisbane apartment complex.

The man was found on the driveway with serious facial and upper body injuries when police were called to the Kedron Brook Road address about 6:30am on Friday. 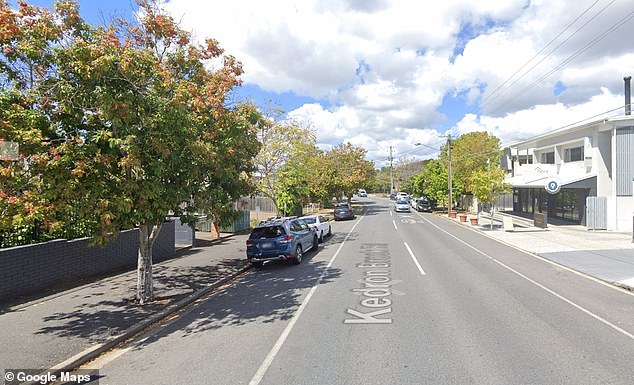 Brisbane police were called to the scene of a violent dispute on Kedron Brook Road, Wilston at 6.30am on Friday

Police said a 39-year-old Mitchelton man, found at the scene, was assisting with inquiries.

It’s believed a weapon was used in the alleged assault, and officers are trying to establish if the two men knew each other.

A 39-year-old man was located at the scene and is assisting police.

A crime scene is in place and witnesses are urged to come forward.